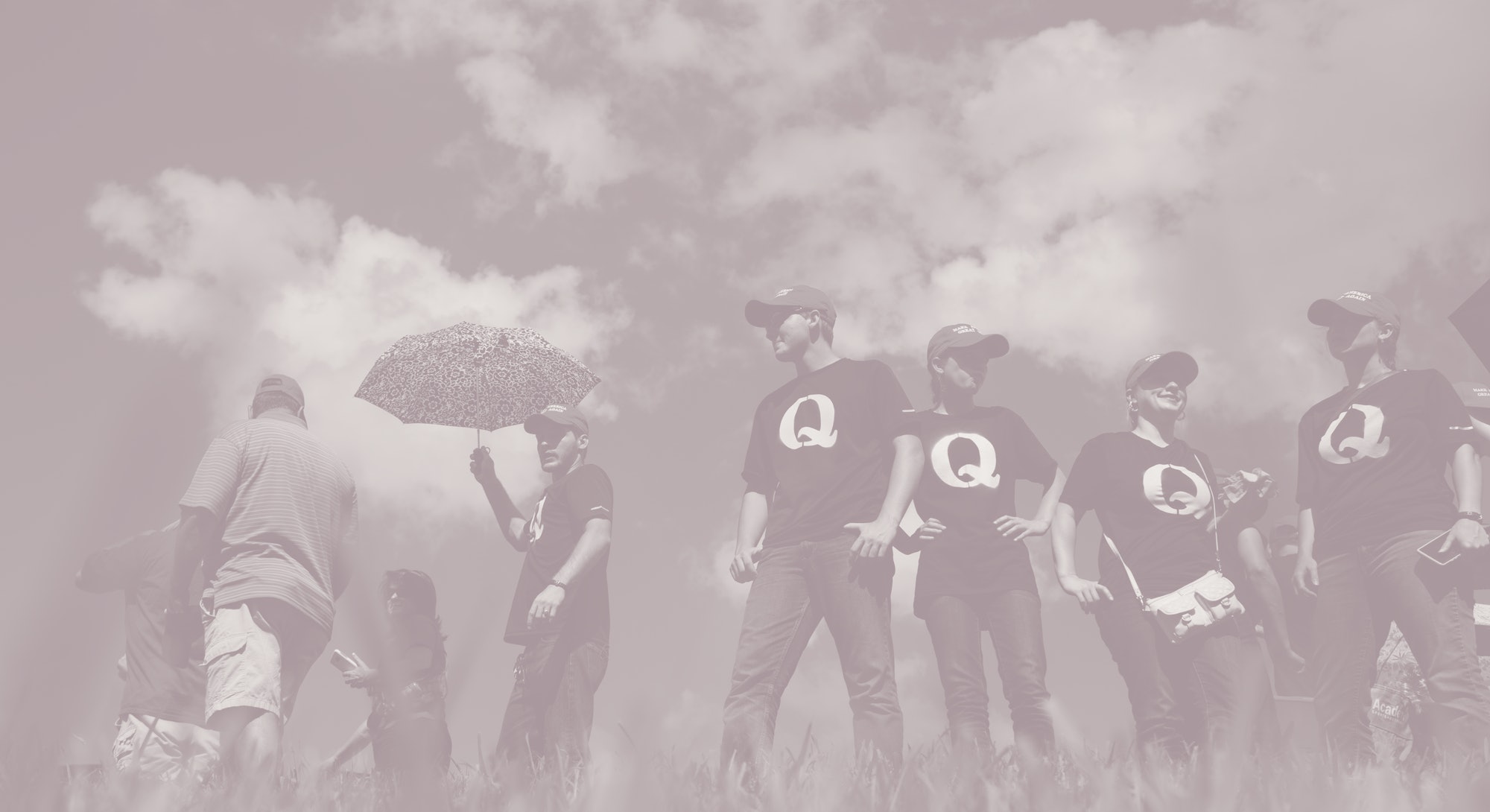 Six months ago, Brenden blocked one of his closest childhood friends, Tim, on social media.

“I feel guilty about it,” the 37-year-old from California tells Inverse. “But I just couldn’t handle it anymore.”

Brenden, who asked that we not use his or Tim’s real name for privacy reasons, had been friends with Tim since the first day of fourth grade. They now live in different states. Social media should have been a good way to stay in touch, but Tim’s feed has become a string of angry conspiracy theories over the last several years.

“The first one I remember was about Sandy Hook [school shooting] being a false flag,” Brenden says. “I couldn’t believe it. I knew that [the theory] was out there, but I couldn’t imagine anyone I know actually believing it.”

Sophia Moskalenko is a psychologist who studies radicalization, mass identity, and conspiracy theories. She tells Inverse humans have always turned to conspiracy theories to make sense of a chaotic world. There are a few techniques to better reach to people in your life who have become radicalized — and one counterintuitive phrase to use.

There’s a specific kind of radicalization that’s lately become particularly prevalent, she explains: radicalization through media exposure to provably false conspiracy theories in the vein of QAnon and Infowars, as well as extremist ideas like those purported by Men’s Rights Activists and white supremacist groups.

Experts believe the pandemic only escalated the situation.

“We know from social science research that isolation and loneliness increase conspiratorial thinking,” she says. “So we have a kind of a perfect storm of isolation, increased use of computers, algorithms, people feeling scared about this virus, and not trusting the authorities.”

Moskalenko explains that while men and women are equally likely to become radicalized by conspiracy theories, men are more likely to “be involved with planning and carrying out attacks” due to those beliefs.

When a loved one is radicalized, it’s harrowing and hard to know what, if anything, to do. But there are actionable steps you can take. Moskalenko offers Inverse four pieces of critical advice and explains the social psychology underlying radicalization.

How to help someone who is being radicalized online

Radicalization is a broad term used to describe the adoption of extreme positions. Here, we’re specifically referring to a cultish devotion to conspiracy theories like QAnon and groups that believe in the inherent supremacy of one demographic, like race, gender, or religion. Violence as a means to an end is often baked into these ideologies.

Moskalenko has researched this subject extensively —her new book about QAnon has a chapter on precisely this subject — and offers some advice.

1. Resist the temptation to try to talk them out of their beliefs

“Research shows that arguing with people about their beliefs is very likely to do just the opposite of what you're trying to accomplish,” Moskalenko explains. “People are more likely to get entrenched and double down in their beliefs.”

Even if you walk away feeling like you’ve won the argument, the person is likely to feel attacked and go over what they should have said, and that will lead them to feel even more strongly that they were right, Moskalenko says.

“It’s the reason abstinence-only campaigns just result in more teenage sex and pregnancy,” she explains. “It just doesn’t work to argue against something that people believe in anyway.”

Moskalenko says one simple phrase is very effective at getting people to consider alternative points of view later on: I understand how you feel.

“By connecting with them on this emotional level, you’re providing a bridge for them that makes it more likely that they will cross it at some later point,” she explains.

Because isolation can breed conspiratorial thinking and extremist beliefs, social connections can be a powerful antidote. Just by staying connected to them, you’re offering them a lifeline out of the extreme conspiracy theory world if and when they want to use it.

Moskalenko suggests taking a walk outside with the person you’re concerned about.

“Research has shown that taking a walk in nature with people makes them a lot less polarized in their opinions,” she says. “ If they were 100 percent certain that a cabal is running the United States government and the media, after walking in the greenery, their certainty is going to go down a significant amount,”

It makes sense: the research suggests a walk in nature can decrease symptoms of anxiety and depression.

4. Take care of yourself

Lastly, and most importantly, Moskalenko stresses the need to take care of yourself.

“We are all under a lot of stress,” she says. “That’s especially true if someone in our life is deep into a QAnon rabbit hole or some other radical belief.”

It’s natural to ask ourselves questions like, how can I help them? Can I do something to stop them from spending time in a really damaging and potentially dangerous place? Have I failed them somehow by not preventing this from occurring?

This was certainly true for Brenden. Anytime he thought about Tim or saw something he posted, he “felt sad, helpless, and angry,” he says.

Those feelings in and of themselves are harmful to our mental health and don’t put us in the best position to help someone else.

“After this past year, living through a pandemic, seeing radicalization in some of our loved ones, it’s important that we give a little bit of space for ourselves,” Moskalenko says.

Whether that’s developing a yoga or meditation practice or going to therapy, make sure you’re following the airplane disaster model of care: put on your own oxygen mask before helping others.

How does radicalization happen?

Moskalenko says there’s a common misperception that radicalization happens in stages, but that’s not always the case.

“Radicalization can be very sudden —someone will be disinterested one day, and then the next day, they will witness something, or hear about something or experience something themselves, and become radicalized,” she explains.

“It’s a way to get status, especially for young men.”

While we tend to think of people in extremist or radicalized groups as having a specific ideology, Moskalenko warns not to underestimate the draw of a social connection and, in some cases, access to weapons. The Oath Keepers, for example, reportedly trained for gunfights in the months before the Capitol riot and stashed guns around D.C. for easy access during the day.

“You’d be surprised how many people get involved in radical action just for the companionship and the thrill,” she says. “It’s a way to get status, especially for young men. It’s also a way to get experience with weapons and explosives. For some men, that alone is a great argument to get involved.”

The reasons men join radical groups to mobilize speak to the power of social connection and why, if possible, maintaining some connection with a loved one who has fallen prey to extremist groups could help. At some point, that connection could be their ticket out.

Brenden hopes that he can reach out to Tim again one day.

“I’m hoping this is just a break and maybe I can get to a place where I can engage with him again,” he says. But for now, he’s following Moskalenko’s most important piece of advice: he’s protecting his own mental health.

If you have suggestions for a future Detox column, email detox [at] inverse [dot] com.