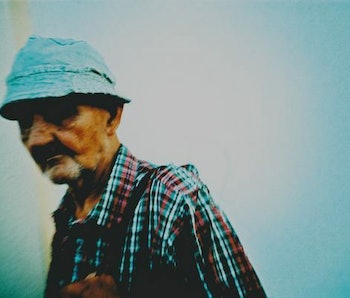 White supremacist organizations have made it plain that they plan to capitalize on the discontent embodied by Donald Trump’s candidacy by exposing as many of his predominantly white, aggrieved, and enthusiastic followers as possible to their ideas. One of those ideas — their central political premise really — is “white genocide,” the belief that the Caucasian race is being systematically eliminated. Trump received criticism from the media when he retweeted @WhiteGenocideTM, a racist Twitter account, but political journalists have largely declined to look behind the racist agitprop. If they did, they would find something very different than genocide — something closer to a plague.

The spokeswoman for the Arkansas chapter of the Knights Party — a “white civil rights” rebranding of the KKK — recently told Politico that Trump’s candidacy presents an opportunity to discuss white genocide in the context of international law. The Knights Party, like the White Genocide Project, an anti-“anti-white” organization, have a self-serving and bizarre reading of the United Nations legal definition of genocide. These groups see programs like Affirmative Action as tantamount to “less obvious methods of destruction, such as the deliberate deprivation of resources needed for the group’s physical survival” and the idea of diversity as, to quote a WGP billboard, “Chasing down the last white person.”

“The use of the word ‘genocide’ to describe the demographic changes taking place in the United States is hyperbolic and serves right wide ideological purposes,” says La Salle University Sociology Professor Charles Gallagher. “Genocide is defined as the deliberate, systematic and coordinated killing or destruction of a people based on some particular social or physical characteristic. This simply does not apply to whites in the United States.”

Gallagher’s dismissal of “white genocide” as a concept is perfunctory because the concept itself is preposterous. Theories, particularly conspiracy theories, can be (and frequently are) wrong. That said, the emotions that lead to mass adoption of flawed ideas are very real. And, in this case, those emotions seem to be a genuine product of circumstance. Sociological and psychological evidence suggests that white people are suffering in a statistically quantifiable, but difficult to understand way.

Between 1978 and 1998, the mortality rate for white people in America fell annually by about two percent. This put the U.S. on par with the rest of the industrialized world. Then something happened. After 1998, mortality among whites began to rise by a half a percent a year. This phenomenon was not observed among white populations anywhere else on Earth and was particularly apparent in lower income communities. And this was no rounding error. It represented a massive and, in many ways, unprecedented loss of life.

What researchers looking into the deadly phenomenon found was that mortality rates were being affected by what sociologists call “despair deaths,” fatalities caused by individual behavior rather than outside forces. Deaths by suicide, alcohol poisoning, drug overdoses, and chronic liver disease fall into this category. It would be fair to say that white people were and are killing themselves, but more accurate and humane to say that they are dying of despair.

Specifically, men are dying of despair. Researchers have long posited that white men face an elevated risk of depression. The American Psychological Association says that approximately six million American men suffer from depression, but that they seek out help at dangerously low rates. The reasons for this are myriad and subtle, but it remains true that white men experience less stress than most — if not all — other demographic groups. Given that, it’s fair to say that this despair must emerge from a perception of themselves in the context of society. And there is plenty of anecdotal evidence supporting this logical leap.

“We are a white nation where Congress, corporate America, judges, and professors are [currently] almost all white and overwhelmingly male,” says Gallagher. “The genocide narrative is focused on white men who are approaching middle age, which have seen any chance of upward socioeconomic mobility pass them by. Despair, depression, and disillusionment can often result in drug and alcohol abuse and this is what’s playing out.”

If the issue is economic, the vocabulary is cultural. Lower and middle class white men who feel disenfranchised have historically been eager to have conversations about the perversion of “American values.” The term is fraught, to put it mildly, but its use is indicative of a specific nostalgic, racist world view.

In a 2015 study, University of Idaho psychology professor Mikaela Marlow analyzed over 1,500 publicly posted comments following the airing of Coca-Cola’s “It’s Beautiful” commercial during the 2014 Super Bowl. The commercial featured American scenes scored to a version of “America the Beautiful” sung in different languages. Traditionalists were not happy.

“I was offended because it felt like the commercial was telling us that ‘America the Beautiful’ was not significant enough to be sung in its original format,” wrote a representative commenter. “In short it kind of felt like they were crapping on our culture.”

This perception of a loss of culture at the hands of diversity came up again in a multi-year, multi-method effort to study the experiences of whites raised in segregated Chicago neighborhoods from the 1960s to the 1980s. The research, conducted by academics from Roosevelt University, found that memories of “the old white neighborhood” were psychological stand-ins for a sense of longing for a period when white culture was “unquestioningly synonymous with American culture.” The majority of the subjects, who were between 35 to 58 years old and were children during the Civil Rights era, professed to feel powerless.

“We found a sense of victimhood in a lot of our interviews — they felt like everything they knew had been taken away from them,” co-author Michael Maly told Inverse. “To say ‘now, we’re being harmed’ was a way to not acknowledge the generations of privilege, and continued privilege, that whites receive by living in a society like ours.”

Basically, the white people in the study had a zero-sum view of opportunity. As minorities gained opportunities, they concluded falsely that they were losing them. This is a fairly easy logical trap to fall in and one that anyone conflating the idea of diversity with a war on Caucasians has certainly been snared by. Many of these white people were watching their friends and neighbors succumb to despair while members of other ethnic groups were given great access to the middle and upper middle classes. It is easy to understand how this led to the false conclusion that white men were becoming a victim class. The evening of the playing field presented itself to white men, a group curiously devoid of coping mechanisms, as a loss of higher ground.

Does any of this mean that the White Genocide Project should be taken seriously? Absolutely not. But it does point to the true source of a false theory and, more broadly to some of the reasons for Trump’s success stirring the electoral pot. In the context of the sense of loss native to communities that pride themselves on their “white heritage,” the power of the word “winning,” and the promise to “Make America Great Again” begin to make sense. Those words are almost entirely free of political meaning, but full or portent. They promise a return to the period before 1998, before something curdled.

Unfortunately for white supremacists and those open to their ideas, the problem here is not external. The problem is entitlement. And a war on entitlements won’t solve that.

More like this
Science
5.13.2022 3:01 PM
Can restaurant menus help diners choose climate-friendly meals?
By Tara Yarlagadda
Mind and Body
5.21.2022 6:00 PM
Appearing stressed out could have one paradoxical effect on others
By Jamie Whitehouse and The Conversation
Mind and Body
5.17.2022 11:00 AM
First-of-its-kind study reveals transgender children are extremely unlikely to retransition
By Nick Keppler
Related Tags
Share: