The sexiest summer of your life has one burning problem

“It’s literally going to be balls out.” 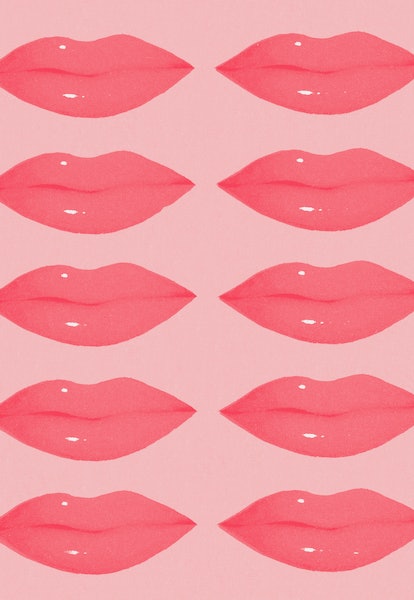 Maybe you’ve been flying solo all year, or maybe you’re just ready for your very own Wet Hot American Summer experience. People are going out — and you want to know them. Biblically.

Jesse Mills knows you do. The director of UCLA’s Urology department at Santa Monica and male reproductive health specialist tells Inverse he expects people to go a little wild — and soon.

“There’s so much pent-up demand,” he says. “Our dopamine levels have crashed in the last 18 months of not being able to do anything we want to do. It’s literally going to be balls out for a while.”

But while it’s tempting to think that having escaped the pandemic fully vaccinated means you’re in for an infection-free summer, think again. And think… lower. Sexually transmitted infections (STIs) have been on the rise for the past five years and doctors like Mills say the past year has created a perfect storm for those numbers to surge even higher this summer.

Mills is particularly alarmed by the rise of syphilis, which was nearly eradicated 20 years ago.

“Syphilis is going crazy,” he says. “I didn’t see any syphilis in medical school, but it’s coming back with a vengeance.”

The rise in STIs doesn’t have to put a damper on your post-vaccination sexy summer. All that’s required is a little knowledge, prophylactics (like condoms), and regular testing. If you’re taking care of those three things, your post-lockdown summer just might be the best one yet.

Here’s what you need to know to stay safe while enjoying yourself.

You’re likely much more familiar with the term sexually transmitted diseases (STDs). It’s what they’ve been called in most sex-ed classes since the beginning of sex-ed classes. But it’s not terribly accurate.

STDs begin as infections, and many STIs like gonorrhea and chlamydia never progress to the point of disease if they are treated promptly.

How to protect yourself from sexually transmitted infections

“All the same rules apply [as before Covid],” says Mills. Specifically, condoms and frequent testing.

There are parallels to the Covid-19 pandemic. There might be some risk, but as long as you wear a condom, it’s safe to be sexually active.

“Just like you can still go to Whole Foods if you wear a mask,” Mills says.

When should you get tested for STIs?

Where can you get tested for STIs?

If you have a regular healthcare provider, they can test you for STIs. Here are some places to look if you want a lower cost or even free testing:

Did STIs increase during Covid-19?

It’s hard to know. What we do know, according to a recent study published in the American Journal of Preventive Medicine, is that testing for STIs significantly decreased during the pandemic.

So we know there were low testing rates. We also know that in 2019, in the months leading up to the outbreak, STI rates were high.

“That [STI progress of the last 20 years] has since unraveled.”

Rates of STIs have been steadily on the rise since 2015. Meanwhile, preliminary data from the Centers for Disease Control on STDs specifically suggests things aren’t getting better. The most recent hard data we have is from 2019 and it’s pretty bleak.

According to the CDC, here’s where things stood in 2019:

In a statement, Raul Romaguera, acting director for CDC’s Division of STD Prevention said, “Less than 20 years ago, gonorrhea rates in the U.S. were at historic lows, syphilis was close to elimination, and advances in chlamydia diagnostics made it easier to detect infections.”

“That progress has since unraveled,” Romaguera said, “and our STD defenses are down.”

Mills says two primary factors have been driving infections over the past six years:

Remarkably effective treatments for HIV have left many feeling like STIs are no big deal, Mills says.

“A lot of people are willing to pay the price of an azithromycin or Rocephin shot to get rid of gonorrhea,” he explains. “The chance of you dying from AIDS has gone to almost zero, so it makes people think they can just use antibiotics to get rid of everything else.”

But while antibiotics can be extremely effective against some STIs, Mills warns the process is not as straightforward as people might think.

Further complicating matters, beyond the reliance on antibiotics over prophylactics like condoms, is increasing antibiotic resistance.

“It's not as easy as it was in the ’70s, where everything responded to penicillin,” Mills says. “We already have a lot of superbugs [antibiotic resistant bacteria].”

A 2016 report from The World Health Organization states antibiotic resistance to chlamydia, gonorrhea, and syphilis has “increased rapidly in recent years and has reduced treatment options...Strains of multidrug-resistant gonorrhea that do not respond to any available antibiotics have already been detected.”

That’s a frightening thought. Fortunately, there are easy, cheap, and effective ways to protect yourself.