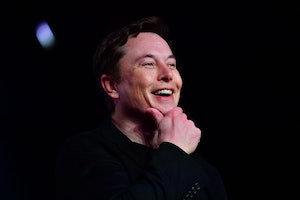 Tesla’s master plan is 4 years old: how Elon Musk is doing on EVs and more

Tesla's most ambitious master plan yet is celebrating its fourth birthday.

On July 20, 2016, CEO Elon Musk published a blog entry that would set the company's course for the coming years. The ambitious document details commitments to transition more of the world onto sustainable energy, reach a broader mass market with electric vehicles and automate the driving process to radically transform transportation. No pressure.

It was a starkly more ambitious proposal to the original master plan that came 10 years prior. That document, published on August 2, 2006, outlined four clear steps: build a sports car (which became the 2008 Roadster), use the money to build an affordable car (2012's Model S), use that money to build an even more affordable car (2017's Model 3) and provide zero-emissions energy sources in the process.

"Create stunning solar roofs with seamlessly integrated battery storage. Expand the electric vehicle product line to address all major segments. Develop a self-driving capability that is 10X safer than manual via massive fleet learning. Enable your car to make money for you when you aren't using it."

Four years on, nearly halfway through the original document's lifespan, here's how Tesla is getting on.

Integrate Energy Generation and Storage – This first section explains how Tesla will merge with SolarCity, offer a solar roof with battery, then scale it globally. This would offer "one ordering experience, one installation, one service contact, one phone app."

Tesla merged with SolarCity later that year, so that's checked off. The solar roof has been a slightly slower rollout: an early version started reaching Californians in spring 2018, but Musk would later explain in March 2019 that initial rollout was slow due to company-wide constraints.

It wasn't until the third generation launched in October 2019 that Tesla finally started offering it in larger numbers and in more parts of the United States. The roof still has yet to go global, but Musk claimed in February 2020 that the company would expand the product internationally this year.

Master plan progress: 60 percent. The roof may be elusive, and international expansion has yet to happen, but it is a real product that has shipped out to customers in increasing numbers.

Expand to Cover the Major Forms of Terrestrial Transport – This part of the plan outlines several vehicles, aimed at most forms of ground-based transport. There are three consumer vehicles: the Model 3, a compact SUV, and a pickup truck. There's the Tesla Semi electric truck, and an urban transport vehicle with high passenger density. Autonomy could make the bus disappear and transfer the bus driver into a fleet manager. The factory building the Model 3 will improve, as it becomes the machine that builds machines.

The urban transport vehicle seemed at one stage to get axed from Musk's plan, but in June 2020 new reports claimed the firm is working with Musk's other venture The Boring Company to develop a 12-passenger electric van. The Boring Company's tunnels are designed to support autonomous, electric vehicles.

Musk's initial optimism about automating the factory faded amid Model 3 production issues. In April 2018 Musk described "excessive automation" as "a mistake." An emergent new focus in speeding up production is to build factories around the world, bringing affordable cars closer to the buyers and simplifying production lines. A Shanghai factory has already started building cars, boosting China market share, and a Berlin factory is under construction.

Master plan progress: 60 percent. Of the five vehicles outlined above, two have started hitting roads and two have been repeatedly sighted in prototype form. Tesla is also building vehicles at speed and taking on more market share, thanks to its tweaked factory goals starting to pay off.

Autonomy – Tesla is aiming for full, point-to-point autonomous driving. Once the software has been built and refined, regulatory approval would take some time. Musk suggested this would take somewhere closer to six billion miles of experience to convince regulators.

Tesla has released a series of new features, including the likes of Smart Summon that parks the car autonomously and Navigate on Autopilot that exits the highway at the correct location depending on destination. It also detailed the Hardware 3 platform in August 2018 that will support fully autonomous driving, an upgrade that has started appearing in new vehicles. Tesla Autopilot has now completed three billion miles. Musk stated in May 2020 that Tesla is aiming for a feature-complete version of full autonomy by the end of this year, which would drive from A to B with human oversight.

Master plan progress: 20 percent. The autonomous driving software has improved, but it still can't drive from A to B even with human oversight. Regulatory approval for complete hands-off driving seemingly remains distant.

Sharing – Building off the autonomous driving features, Tesla owners would be able to add their vehicle to a shared fleet. This Uber-like fleet would earn money for the owner while they're not using the car, which in turn "lowers the true cost of ownership to the point where almost anyone could own a Tesla." The firm will add vehicles to the fleet for cities where there aren't enough Tesla owners.

As the autonomy project has progressed, Tesla has gradually released more ideas about how the system would work. There would be a smartphone app used to hail rides, initially with a person in the driver's seat, due to launch in 2021. It has also tweaked its leasing terms to take vehicles back at the end of a lease for use in the taxi service.

Master plan progress: 10 percent. While it's provided more details about how a sharing app would work, and it's made steps on autonomy, this vision still seems as distant as ever.