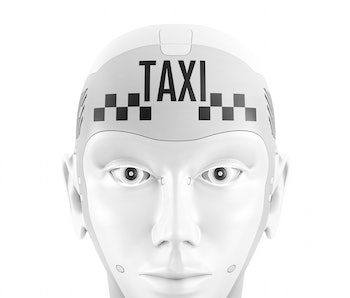 Tesla's robo-taxi service, expected to offer fully-autonomous car rides with an Uber-like service, is coming together. During the company's first-quarter 2020 earnings call, CEO Elon Musk explained how the team is set to follow a three-step process to get its vehicles offering rides to people.

The company plans to enable every Tesla vehicle built since October 2016, all of which have been fitted with a suite of cameras and sensors, to upgrade its software and computer to support point-to-point autonomous driving with no human taking over. This, in turn, will enable the car to offer rides to members of the public autonomously – all without requiring a human driver.

It's this part of the plan where it starts to become interesting. Tesla aims to roll out a smartphone app, similar to Uber, where users can hail a ride from Teslas in their area. Vehicle owners can specify times of day where they want their car to join the network, enabling them to be used when the owner doesn't need it. The owners can then earn money from their cars during the day.

This could lead to enough funds to pay off the value of the car over the space of a few years. Analysis from ARK Invest suggested an autonomous car could earn its owner $10,000 per year, once running costs are removed from the equation. Tesla has been making a number of preparations for this new phase of its business, tweaking terms to ensure it has enough cars for cities and placing cameras inside the cars so owners can track them on their taxi trips.

The semi-autonomous Tesla Autopilot system is already taking over drivers' tasks in limited circumstances, like turning off the highway at the correct exit. Musk has a three-point plan to expand this software and enable the fleet of the future:

Step 1: complete full self-driving software – Tesla plans to release a feature-complete version of the software, where the vehicle can drive itself from A to B without human intervention. At this stage, the car is still expected to require a human driver to watch over, similar to the existing Autopilot system. During the call, Musk said that "we'll have the functionality necessary for full self-driving by the end of the year."

Step 2: roll out the robo-taxi software – Musk suggested Tesla would roll out the robo-taxi service software before it can remove the driver from the equation. That would mean human drivers watching over the car initially, and Tesla removing the person at a later date. This would set it up as a more direct competitor to Uber. In an exchange during the call with Loup Ventures analyst Gene Munster, Musk suggested this was a goal for the first half of 2021:

Munster: So, to summarize, we're going to give owners full autonomy, some level of that by the end of the year. Then a human in the loop, Tesla Network app sometime, is it first half of next year? Would that be the hope?

Musk: Do you mean like, when can a car drive with no person on board?

Munster: With a person. Initially a person observe, with the Tesla Network app, would that be early part of the year of 2021? Is that the hope?

Musk: If described as a hope, I would say that's probably a fair description.

Step 3: remove the human driver – The big one. Musk wrote in the company's 2016 master plan that regulatory approval for human-free driving would require on the order of six billion Autopilot miles. Tesla reached the halfway mark toward this figure in the first part of this year. But regulatory approval is a tough one to nail down as it depends on a variety of local factors. Musk said that "I think we could see robo-taxi in operation with the network fleet next year. Not in all markets, but in some."

During the earnings call, Musk explained how his guesses are not meant to be read as nailed-on certainties:

"When I give a guess, I give the guess that I think is the likely midpoint, not the point with lots of margin. If this is normal distribution, I give you the 50th percentile, not the...optimistic or pessimistic. So then that naturally means, at least, half of my predictions will be wrong and half will be right [...] but I believe everything I've ever said would come true, did come true. It may come through late, but it did come true. Punctuality is not my strong suit, but I always come through in the end."

The Inverse analysis – The robo-taxi project has been tough to nail down with clear deadlines, due to the underlying technology requiring development. While the first step – "complete the full self-driving software" – feels a bit like "draw the rest of the owl," Tesla has started rolling out the ability to stop at traffic lights and is planning to release more advanced summon features later in the year. All these changes gradually help to complete the planned full self-driving experience.

During the company's investor day in April 2019, Musk claimed it could have one million robo-taxis on the road in 2020. As the firm pushes toward a technology that many other companies have also struggled to crack, it's entirely possible at this stage that these plans and their deadlines change over time – particularly when it comes to regulatory approval, which depends almost entirely on external factors.