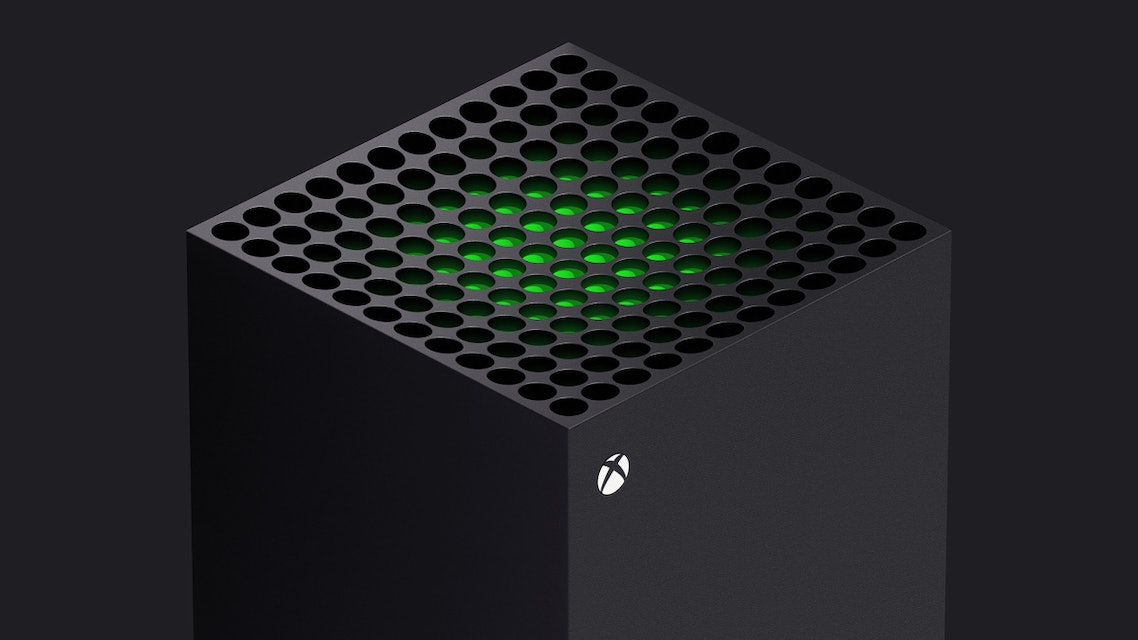 Not only did Sony reveal the PlayStation 5's design during a June 11 presentation, but the company also unveiled an alternative — and probably cheaper — Digital Edition of the next-gen console as well that doesn't have a disc drive. Previous rumors suggest that Microsoft plans to do something very similar with the Xbox Series X, and a new patent seemingly cements plans for a cheaper version of the console, which is allegedly codenamed Project Lockhart.

The patent in question surfaced via Generacion Xbox on June 12, which recognized that Microsoft filed a patent for the name "Xbox Series." The full name for the company's next-gen console is "Xbox Series X," so filing a patent for just the first two words seems arbitrary unless we assume that Microsoft has plans to create more than one console under the "Xbox Series" branding. Filing a patent like this would have to happen before the company might reveal an alternative, and possibly cheaper, system. Such a console could be named something like the "Xbox Series S." But they could feasibly call it just about anything.

What do you want out of next-gen consoles? Take our survey!

While this may seem like a reaction to the PS5 announcement, rumors of a second, cheaper next-gen console from Microsoft go back months and years, whereas the PS5 Digital Edition was a genuine surprise. The digital-only Xbox console was previously code-named Project Lockhart instead of Xbox Series S until now. From as far back as 2018, Thurrot claimed that this cheaper alternative was in development at Microsoft. Xbox head Phil Spencer denied these rumors outright at E3 2019.

A December 2019 report from Kotaku suggests this cheaper version of the next-gen Xbox was still being worked on despite previous reports. According to Windows Central, this other console will only have 4 teraflops instead of the Xbox Series X's 12 teraflop GPU. Kotaku claims that it will be able to play games at 60 FPS at a 1440p resolution.

While this technically means it would be weaker than the PS5 and Xbox Series X, it will still be more powerful than the PS4 and Xbox One while providing a cheaper entry point to next-gen gaming. None of this has been officially confirmed by Microsoft yet, though a journalist from VentureBeat is teasing when Microsoft might reveal it.

VentureBeat's Jeff Grubb, who has correctly reported on rumors like Nintendo's March Direct Mini and Sony's PS5 reveal event, currently lists an event called "Xboxing Day" for August 2020 as part of a summer 2020 gaming calendar he's created. He has also hinted on Twitter that this is when Microsoft plans to unveil that alternative Xbox Series console as part of its Xbox 20/20 schedule. Of course, we'll keep you in the loop if Microsoft shares more about Project Lockhart before that date.

The Inverse Analysis — This patent all but officially confirms that Project Lockhart is real and will come out alongside the Xbox Series X sometime this fall. While it's not the version of the next-gen console I would personally opt for, it completely makes sense for Microsoft to appeal to more casual audiences with a cheaper console.

Phil Spencer has stressed in interviews that price is a very important thing for Microsoft when it comes to next-generation console, and Xbox Series S/Project Lockhart will be the platform that lets them win that battle. If Project Lockhart can come in cheaper, possibly significantly so, than the PS5 Digital Edition, then Microsoft will be the more appealing option to casual players who may be tight on money due to the Covid-19 pandemic.

Xbox Series X will be released in time for the 2020 holiday season.