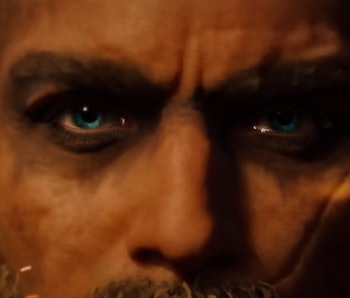 Microsoft's first Xbox Series X gameplay reveal presentation on May 7 included major reveals like The Medium and a new look at Assassin's Creed Valhalla, many felt that for a "first look at Xbox Series X gameplay," the presentation had a surprising lack of actual gameplay for some titles. The backlash over social media has prompted Microsoft and Ubisoft to issue apologies, but was it ever possible for next-gen expectations to be met?

What happened? On Thursday, Microsoft held a new Inside Xbox presentation. Prior to the event, Microsoft championed it as something that "will focus on giving you a first look at next-gen gameplay, trailers, and sneak peeks," so fans were expecting long-form demos for games like Assassin's Creed Valhalla.

Unfortunately, the actual presentation leaned more towards the "trailer and sneak peeks" part of the description, and very little gameplay was shown off. While the videos for games like Bright Memory Infinite and Scarlet Nexus had a significant amount of gameplay, other trailers like those for Scorn and Assassin's Creed Valhalla heavily relied on in-game cinematics or highly modified gameplay snippets.

That isn't what many Xbox fans wanted, and they've made their opinion very clear.

How fans have reacted — As the Inside Xbox presentation concluded on May 7, the backlash became immediately noticeable. The video for it currently has 22,000 dislikes and only 17,000 likes. Top comments say things like "this wouldn’t have as much dislikes if it was called in-game footage instead of gameplay."

Assassin's Creed Valhalla, in particular, is getting a lot of hate for its lackluster gameplay reveal, with comments stating that it was "not at all what we wanted when they said gameplay of Valhalla to be shown."

The backlash continues on Twitter, with Xbox's tweets hounded with responses like "this was one of the saddest presentations in recent years" and "y'all hyped this up so much but I can't help but feel underwhelmed [right now]." The following comment was posted in response to a PlayStation tweet about Ghost of Tsushima and sums up how many fans are feeling:

"Hello all, you rightfully expected to see more today," he wrote. "We have a long marketing campaign ahead of us. You will see in-depth gameplay and get a lot more info about the game. Thank you for your excitement and passion! Be patient with us and be kind. It will be worth it!"

Microsoft's response — Late Thursday night, GM of Xbox Game Marketing also responded on Twitter to all of the feedback: "Had we not said anything and just shown May Inside Xbox show like we did last month, I suspect reactions might have been different," he wrote. "Clearly we set some wrong expectations and that’s on us. We appreciate all the feedback and can assure you we will take it all in and learn as a team."

What's next? While there isn't much Xbox can do now to undo the backlash, representative from the company seem cognizant of what's going on and are taking the feedback into consideration to avoid causing similar confusion in the future. Microsoft plans to hold monthly Xbox Series X presentations through the rest of 2020, so it'll need to learn from its mistakes here and make sure it doesn't make them again.

Meanwhile, Ubisoft has also acknowledged that it may have misled fans with the notion that a full gameplay reveal was happening this week, so it is now trying to get fans looking forward to an actual gameplay showcase in the coming months.

The Inverse Analysis — Xbox's May 7 presentation showcased a wide variety of games in a variety of ways that didn't include gameplay in every case, and while there were plenty of surprises, the marketing leading up to the event was seemingly mishandled. The somewhat misleading title doesn't irk me personally, but it's clear that many fans felt misled, especially when it came to the hyped-up gameplay reveal of Assassin's Creed Valhalla.

As Microsoft fights an uphill battle going into next-gen compared to Sony, the company needs to be more careful about how it frames announcements for Xbox Series X in the future so it doesn't run into this kind of backlash again. Hopefully, Microsoft will learn from their mistake before the presentation of Microsoft-published first-party games in July.