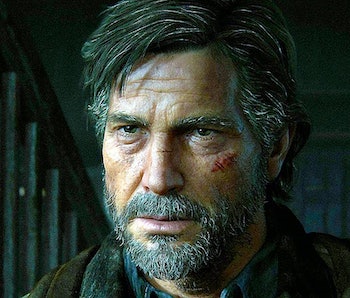 It's been a tough couple days for Naughty Dog and Sony, after massive leaks from The Last of Us 2 were posted to YouTube and various online forums. Amid a torrent of spoiler chatter on social media, Sony announced a new release date for TLOU 2, while bumping back the launch of Sucker Punch's Ghost of Tsushima by a few weeks.

The Last of Us 2 has had an unusually bumpy road to launch. Back in October, the game was delayed from its original release date of February 21 until May 29. Amid the worsening coronavirus pandemic, Sony delayed the game a second time in early April, this time indefinitely. That nebulous timeframe prompted speculation that TLOU 2 might not be out for several months. On April 27, Sony announced The Last of Us 2 will release on June 19. Ghost of Tsushima comes to PS4 on July 17, some three weeks after its previously announced launch date.

The indefinite delay of TLOU 2 in early April came despite confirmation from Naughty Dog that the sequel to its 2013 smash was "nearly done," and the team was "in the midst of fixing our final bugs." Ostensibly, the delay was motivated by a desire to ensure players all got access to The Last of Us 2 at the same time, particularly after some players got their hands on copies of Final Fantasy VII Remake more than a week before launch due to supply chain woes. Cynically, this was also likely a way for Sony to buy time in order to ensure robust sales of the long-awaited title. In a post on the official PlayStation blog, company reps stated that "an ease in the global distribution environment" had prompted the sudden course-change for TLOU 2's launch plans. The post made no mention of the massive story leaks currently making the rounds online.

Sucker Punch confirmed Ghost of Tsushima's date change on Monday, noting on its official Twitter account that the open-world samurai game is "nearly ready" despite the unexpected difficulties of working from home during the final stretch of development. "There are a few finishing touches to apply and bugs to squash – so we’ll put these extra couple weeks to good use," Sucker Punch reps said in the thread. "We can’t wait for you to play, and we'll have many more details on gameplay to share very soon!" Sucker Punch's follow-up to the Sony announcement also made no reference to the Last of Us 2 leaks.

The Inverse Analysis: The timing of Sony's announcement is awfully hard to ignore, coming so soon after this massive TLOU 2 leak, which seems to reveal most of the game's biggest twists and spoilers. The indefinite delay was a pretty clear signal the publisher intended to sit on this AAA title for longer than three measly weeks. It seems that the TLOU 2 leaker, widely rumored to be a cheesed-off former Naughty Dog employee, threw a pretty big wrench into those plans. Will cranky fans still be excited to play The Last of Us 2? Most probably will, but Naughty Dog's sequel may not be quite the cash cow Sony had been banking on.