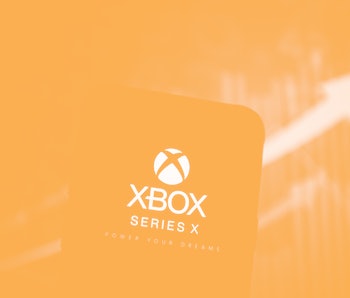 Going into the next generation of consoles, price will be one of the biggest factors that will determine if gamers purchase the PlayStation 5 or Xbox Series X, and one new leak might indicate that Microsoft plans to counter the PS5 Digital Edition with a cheaper alternative to the Xbox Series X, corroborating the previously codenamed Project Lockhart. A new controller packaging leak Sunday reveals that something called "Xbox Series S" exists alongside the Xbox Series X, so will that be a digital-only next-gen Xbox console?

The packaging and name confirmation first emerged on Twitter August 9 via a box for the "Robot White" version of the new next-gen Xbox controller. The description on the packaging says the controller will work with the Xbox Series X and Xbox Series S consoles. Ars Technica reports that "Xbox Series S" is "the name of an upcoming, unannounced Microsoft product," but the company has yet to formally announce the existence of the console.

The packaging and instruction manual within don't give any further details about the Xbox Series S, but the easy assumption here is that Xbox Series S is the official name for Project Lockhart, the long-rumored less-powerful and cheaper version of Xbox Series X that's likely a digital-only alternative. It would theoretically be Microsoft's answer to Sony's PS5 Digital Edition.

While neither Microsoft nor Sony has revealed the price of any new consoles yet, digital or otherwise, the base versions of each are expected to be expensive. Because of this, both consoles will seemingly launch with cheaper disc-less digital versions to give consumers options.

Microsoft is likely hoping that a cheaper, less powerful system, will be appealing to more casual players looking to save money during a recession. Another Xbox event is supposed to be held sometime in August, which is probably when Microsoft was planning to announce this second next-gen console.

The Inverse Analysis — As Inverse has previously reported, analysts predict that the recession caused by Covid-19 might have a negative impact on the sales of next-generation consoles like Xbox Series X and PS5. Because of this, these digital editions might be the most appealing versions of the consoles for many people out there looking to game on a budget while still partaking in a next-generation experience.

Xbox Series X and Xbox Series S will be released during the 2020 holiday season.