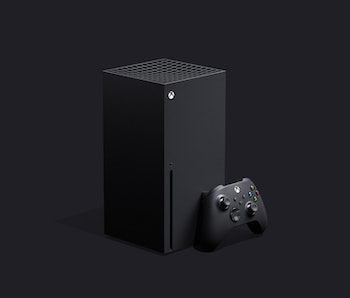 The next generation of video game consoles is just over the horizon, but the concrete details about Xbox Series X and PS5 are still shrouded in mystery. Sony and Microsoft have only provided vague technical specifications, and we know little about their exclusives and price points. Taking all of this into account, Mortal Kombat co-creator and NeatherRealm Studios Creative Director Ed Boon released a poll on Twitter asking his followers their opinion on what they wanted to see in next-gen consoles.

More than 50,000 gamers weighed in, and results are not what one might initially expect. The outcome of this informal poll could also demonstrate a key way Microsoft could get an advantage over Sony this holiday season.

Boon's poll asked gamers to choose between four options as their "most important" criteria for choosing a next-gen console: affordable price, better graphics, exclusive games, and the ability to play last-gen games. Affordable price came out on top. It garnered 37.5 percent of the vote, followed somewhat closely by "plays last-gen games" at 30 percent. Better graphics and exclusive games both performed much worse than one would expect at 19.2 percent and 13.2 percent, respectively.

Even Boon seemed surprised by the results, stating "50,000+ of you have spoken and PRICE seems to be the most important factor for Next Gen consoles. I'd have guessed Exclusive Games would be higher than 13%" in a follow-up tweet. As more impressive graphics and exclusives are often what companies boast about most in the run-up to launching new platforms, it's surprising to see that the majority of respondents – around 34,000 people – actually don't care as much about those things.

The results of this poll also demonstrate Microsoft has the potential to outperform Sony during the next console generation, as they appear to be competitive with Sony on both of the winning fronts.

When it comes to the ability to play next-gen games, Microsoft boasts "you can expect your gaming legacy, thousands of your favorite games across four generations of gaming, all your Xbox One gaming accessories, and industry-leading services like Xbox Game Pass to be available when you power on your Xbox Series X in Holiday 2020" in its post unveiling the new console. Sony has confirmed that PS5 would be backward compatible with the PS4, but the extent to which this will be implemented remains to be seen and could be pricey.

It's also been evident for some time that price will be a very important factor in the success of next-gen consoles. Microsoft seems to be aware of this, as Xbox Head Phil Spencer told The Verge in November 2019 that "learning from the Xbox One generation is we will not be out of position on power or price." He elaborated by pointing out "If you remember the beginning of this generation we were a hundred dollars more expensive and yes, we were less powerful. And we started Project Scarlett with this leadership team in place with a goal of having market success."

Conversely, Sony seems to be struggling in this department. A Bloomberg report suggests that PS5 units could cost around $450 to produce. They could price under this to be competitive, but they risk losing a lot of money on by doing so. Microsoft is a much larger company than Sony, with a market cap in excess of a trillion dollars compared to Sony's $85 billion. Microsoft's in the enviable position to rely on profits from elsewhere in the company to potentially offset short-term losses on Series X hardware.

If Microsoft can release Xbox Series X at $399 and Sony can't match that, then Microsoft could get an early lead. With Game Pass giving a cheap way to play hundreds of games immediately as well, including the likes of Halo Infinite and the inevitable new Forza, Xbox may be the way to go this fall.

Xbox Series X and PS5 are expected to release in late 2020.