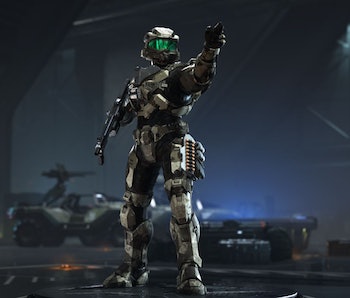 Microsoft’s E3 2021 press conference returns this year with a major upgrade of Bethesda being included as a key player.

While Bethesda and Xbox typically had separate showcases pre-acquisition, the Xbox and Bethesda events have been combined to create the Xbox & Bethesda Showcase, which will take place right in the middle of E3 2021.

This showcase will be used to highlight upcoming Xbox Series X games, most of which will probably also end up on Xbox Game Pass. If you’re curious about what Microsoft has in store, you’ll want to tune in. If you plan to do so, this is everything you need to know about the Xbox & Bethesda Showcase.

When is the Xbox & Bethesda Games Showcase start time?

The Xbox & Bethesda Showcase begins at 1 p.m. Eastern on June 13, 2021. It’s the biggest showcase of the weekend and one of the hallmark events of E3 2021. As such, there’s not really anything in direct competition with it, though the next Square Enix Presents showcase will begin shortly after it.

Microsoft expects the presentation to last 90 minutes, so make sure you have an hour and a half set aside this Sunday if you want to watch the event live. Of course, the VOD of the event will be posted to YouTube and Twitch afterward for those that can’t watch it live.

Where do I watch the Xbox & Bethesda Showcase?

Microsoft will live-stream the event on its official YouTube, Twitch, Facebook, and Twitter pages. We will embed the livestream in this article when it appears on one of those channels.

What to expect from the Xbox & Bethesda Games Showcase

The Xbox & Bethesda Games Showcase should contain some of the most exciting announcements of E3 2021. On the Xbox side of things, we can definitely expect to see Halo Infinite, Microsoft Flight Simulator for consoles, and Psychonauts 2 in action

We could see even more planned exclusives like the new Forza Motosport, Fable, State of Decay 3, Perfect Dark, The Gunk, S.T.A.L.K.E.R. 2, As Dusk Falls, and Avowed in addition to games that aren’t even announced yet.

On the Bethesda side of things, nothing has been confirmed just yet. That said, many reports from people like Bloomberg’s Jason Schreier, suggest that we will finally see Starfield in action at this year’s E3. It’d make sense for Microsoft to show Bethesda Game Studios’ next big game to prove the power of their ZeniMax Media acquisition.

Additionally, some third-party and indie games will likely be revealed, especially if they have close ties to Xbox Game Pass. Thus far, the Xbox Series X has had a fairly weak lineup of exclusive content. Microsoft needs to show how that will change in late 2021 and 2022, so this is a very important show for them. Hopefully, it doesn’t disappoint.

Also worth noting: The infamous Elden Ring first appeared two years ago during the Xbox Showcase, so if that game doesn’t appear anywhere else beforehand, it’s possible that a new trailer for it might air during the Xbox & Bethesda Games Showcase.