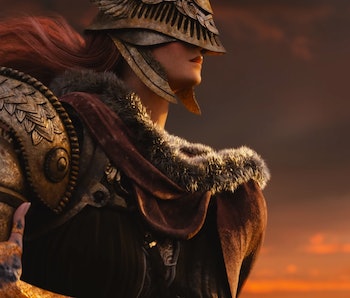 E3 2021 kicks off June 12, 2021. That means we’re just days away from what could be the single biggest gaming event of the year. For the first time in the convention’s history, the industry’s biggest names will be showing off their wares in an all-digital format. Want to know when the streams for Microsoft, Nintendo, Ubisoft, and others are expected to begin? You’ve come to the right place.

When is the Ubisoft E3 2021 press conference start time?

Ubisoft’s E3 2021 edition of its Ubisoft Forward streaming series is set to begin June 12 at 3 p.m. Eastern. It can be streamed on E3’s official Twitch, YouTube, Facebook, and Twitter channels, as well as the Ubisoft Twitch channel.

Ubisoft has announced that the stream will feature announcements related to Rainbow Six Extraction, Far Cry 6, The Division: Heartland, Riders Republic and Assassin’s Creed Valhalla. Given that this is E3, however, it’s possible we might see some additional teases for long-developing games like Beyond Good and Evil 2 and Skull and Bones as well. As far as the official details are concerned, however, we’re expecting deep dives for Rainbow Six and Far Cry that show off the finer systems of both titles.

When is the Microsoft-Bethesda E3 2021 press conference start time?

The combined Microsoft and Bethesda showcase is unquestionably one of the biggest shows of the week, and it’s set to start at 1 p.m. Eastern June 13. It’ll be streaming on the above-listed E3 social channels as well as the Xbox Twitch and Xbox YouTube channels.

Given that this is the first time Microsoft and Bethesda will host a combined press conference, gamers are expecting Xbox to arrive at E3 with lots of heavy hitters. A multiplayer and release date reveal for Halo Infinite seems like a shoo-in, as does the first gameplay reveal for Bethesda’s highly anticipated Starfield. This might also be the first time we’ll get glimpses at gameplay for Hellblade 2, the next Forza game and Fable.

While Xbox fans may want to temper their expectations in terms of announcements of release dates that are particularly imminent, this stream seems like it’ll set up the dominos for Microsoft to come out swinging in 2022.

When is the Square Enix E3 2021 press conference start time?

Square Enix has announced it will hold its own E3 digital event June 13 at 3:15 p.m. Eastern. It will air on the above E3 social channels as well as the Square Enix Twitch and Youtube channels.

Highlights from the press conference are expected to include deeper dives for Final Fantasy XVI, Dragon Quest XII, Life is Strange: True Colors, Forspoken, Babylon’s Fall, and the debut of the leaked Final Fantasy Origin Soulslike game. There’s also talk of a new title from Eidos Montreal as well, which many suspect will be a Guardians of the Galaxy game. And, what better closer could there be than a new trailer for Final Fantasy VII Remake Part 2? Especially for fans of JRPGs, this is a stream you won’t want to miss.

When is the Capcom E3 2021 press conference start time?

Also out of Japan, Capcom has announced it will host its own digital E3 2021 press briefing June 14 at 5:30 p.m. Eastern. It will be streamed live at the above E3 social links.

Officially speaking, Capcom has teased that its stream will include new information related to The Great Ace Attorney Chronicles, Monster Hunter Stories 2, Monster Hunter Rise and Resident Evil Village. Considering Monster Hunter Rise and Village have already released this year, expect the DLC treatment for those. In terms of a pie-in-the-sky prediction, maybe this is the first time we’ll get a tease for the highly rumored Resident Evil 4 Remake. With hype from Village still riding high, E3 seems like a good time to show fans the next big entry in the franchise.

When is the Nintendo E3 2021 Direct start time?

Nintendo busts onto the E3 scene with the return of its popular Direct streaming platform. On June 15 at 12 p.m. Eastern, Switch owners will be privy to a software-focused showcase on E3 social channels as well as the Nintendo Twitch and YouTube streams.

Nintendo has explicitly said its E3 steam will focus on software, so don’t expect any major developments with regard to Switch Pro, but it will feature a lineup of games mainly releasing in 2021. This list could include a rumored 2D Donkey Kong game from the Super Mario Odyssey team, Metroid Prime 4, Mario Golf Super Rush, Breath of the Wild 2, or Pokemon Legends: Arceus. Expectations are high for this one, so we hope the big N is able to deliver.

When is the Bandai Namco E3 2021 stream start time?

Bandai Namco closes out the bulk of E3 with its own stream on June 15 at 5:25 p.m. Eastern. Check the above E3-centric social links for places to watch the stream.

In this case, we won’t beat around the bush, as the vast majority of viewers will be tuned in to this stream to catch another glimpse at From Software’s Elden Ring. Games like Scarlet Nexus will be shipping soon, so those will likely be featured as well. Given the immense popularity of Tekken 7, is it possible we’ll see another Season Pass or possibly a tease for a new entry altogether? Let’s be real, though: it’s all about that Elden Ring.

What about E3’s other stream times?

E3 2021 is set to feature dozens of digital events of all different scales. As such, here’s a look at the full list of start times we didn’t explicitly include in this roundup.