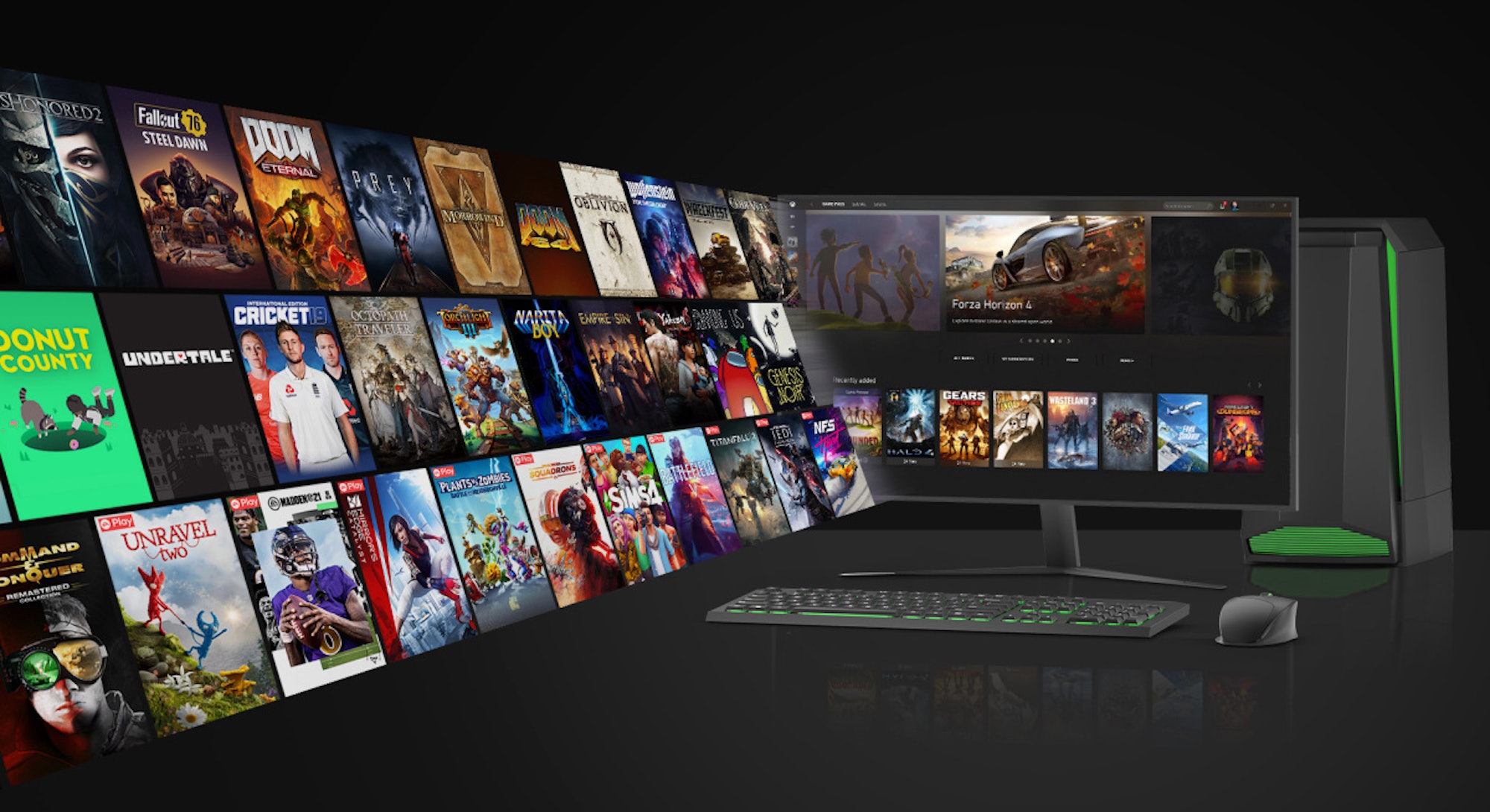 Microsoft may have created Windows, but the Microsoft Store isn’t the most prominent storefront for PC video games.

That honor goes to Steam, run by Half-Life developer Valve, which has been the leading platform for PC game sales for years. As Steam continues to resist demands for a better revenue split for publishers, Microsoft has shown a willingness to fight for a more prominent place in the market.

Microsoft’s current pitch to PC players consists of offerings like Play Anywhere, Xbox Game Pass, and Steam releases of first-party games like Halo: The Master Chief Collection. Now, the company is taking steps to make the Microsoft Store the most appealing option for game developers by letting them keep a greater portion of revenue — at least compared to Steam.

“Following several ill-fated past attempts, Microsoft is finally getting its PC gaming strategy in order, with a genuine effort to bring together its PC and Xbox gaming platforms,” Omdia Principal Analyst George Jijiashvili tells Inverse.

With Microsoft Store now a formidable challenger to Steam, and mumblings that the same could happen on console, we spoke to Jijiashvili about what Microsoft’s change to its revenue share means for the video game industry.

What does this mean for the Microsoft Store on PC?

On April 28, Head of Xbox Studios Matt Booty shared the company’s plans for PC gamers on Xbox Wire. The most surprising announcement was that the developer’s share of PC game sales net revenue on Microsoft would increase from 70 percent to 88 percent on August 1, 2021. This is a better offer than Steam and on par with the Epic Games Store.

“Having a clear, no-strings-attached revenue share means developers can bring more games to more players and find greater commercial success from doing so,” Xbox’s Head of Game Creator Experience & Ecosystem Sarah Bond said in a LinkedIn blog post about the change. “All this to help reduce friction, increase the financial opportunity, and let game developers do what they love: make games.”

Essentially, developers will make more money from selling their games on the Microsoft Store than on Steam. Jijiashvili thinks this move is mostly a show of goodwill towards PC gamers and developers. But he acknowledges major power shifts don’t happen overnight.

“This change in revenue share will be especially appealing to indies, for whom the increased revenue can mean the difference between make or break,” Jijiashvili says. “The reality is that the Microsoft store experience still leaves a lot to be desired, and the policy change can only go so far in offering an attractive PC game storefront that can truly compete with Steam.”

Interestingly, in the same post where Xbox boasts about this new revenue share split, they also promise continued support for Steam.

While this may seem counterintuitive, Jijiashvili believes it’s in Xbox’s best interests: “Xbox Game Studios will undoubtedly continue to release games on Steam, in line with Xbox’s current strategy of broadening its audience,” he says. ”At the very least, having first-party Xbox games available on Steam will serve as an upsell opportunity for the Game Pass subscription.”

What does this mean for Steam?

Steam continues to take a 30 percent cut from most games, but lowers that stake to 25 percent when a game hits $10 million in revenue and 20 percent if it surpasses $50 million. This only rewards the most successful games, whereas Microsoft Store’s changes have a wider appeal for indie teams that may not generate revenue. If you’re a smaller developer looking to make ends meet, why not go for the better deal?

Ironically, Microsoft set the precedent of a 70/30 split with Xbox Live Arcade in the early 2000s. XBLA creator Greg Canessa told IGN in 2016, “We had no idea that little meeting we had was the rev-share archetype for the next ten years of downloadable software.”

Developers no longer favor this approach either. The GDC 2021’s State of the Industry survey of over 3,000 developers revealed that only three percent see revenue share as justified. The survey also highlights that Epic Games Store, Google Play Store, and App Store all offer revenue splits that are more appealing than 70/30 to developers. Steam is finally seeing increased pressure to change after years of going unchallenged as the top dog.

Despite all of this pressure, Jijiashvili remains convinced that Steam won’t change much for the time being. “Until the Epic Games Store and Windows Store start to pose a serious threat to Steam, it is highly unlikely to buckle under the growing developer and community pressure about its standard 30 percent cut,” he says. “Although most developers don’t see it this way, Steam will continue to argue that 30 percent is a fair price to pay for the benefits that the largest PC games digital distribution platform brings.”

If Steam does change, Jijiashvili believes it will echo the recent changes Apple made to the App Store, which will only take 15 percent if a game makes less than $1 million in a year. This policy would appeal to independent developers, just like the changes to Microsoft Store.

PC and mobile storefronts remain in a heated struggle over revenue share as they aren’t typically dominated by just one storefront. But what happens if this revenue split change finally comes to consoles?

What does this mean for Xbox consoles?

On May 2, The Verge spotted documents released as part of the Epic v. Apple court case that Microsoft had also planned to increase developers’ revenue share on console, but ultimately reversed this decision, telling The Verge, “We will not be updating the revenue split for console publishers.”

Analyst Daniel Ahmad thinks it’s unlikely that this will extend to consoles. “Cutting the take rate to 12 percent on console would lose them [Microsoft] over one-third of their revenue overnight,” he tweeted on May 2.

Other analysts think this move is still likely, despite Microsoft saying otherwise. “The use of 12 percent share on PC makes this move on console much more likely,” Ampere Analysis Research Director Piers Harding-Rolls tweeted on May 3.

Harding-Rolls added that developers and publishers will eventually pressure Microsoft into doing the same on consoles to keep publishers happy enough to maintain support for initiatives like xCloud. “Harmonization will be needed because publishers could conceivably be on the same device Microsoft store but receiving different terms based on what platform the games originated from,” he said in the May 3 thread. “That is unsustainable.”

For now, the Microsoft Store on Xbox One and Xbox Series X won’t be affected by this change. In the meantime, Microsoft Store will become significantly more appealing to developers while Steam stays adamant in its old ways. Even if it won’t become the primary PC storefront anytime soon, Microsoft clearly remains determined to ruffle feathers in the gaming space.