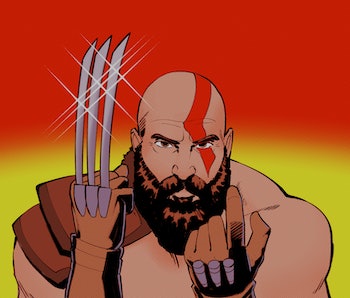 How do you make a video game where your protagonist can regenerate from any injury and has a bit of an anger problem?

Marvel’s Wolverine presents some interesting problems for the developers at Insomniac Games, the same studio behind Sony’s beloved Spider-Man games. Marvel’s Wolverine gameplay will probably resemble Marvel’s Spider-Man in some fashion, but considering the heroes’ different powersets, Insomniac will have to make Logan feel very different from Peter Parker. One easy way to do that is to steal one of the most satisfying gameplay mechanics from one of the very best games in recent memory.

“In the vein of our Spider-Man games, our goal here is to not only respect the DNA of what makes the character so popular but also look for opportunities to make it feel fresh and truly reflect the Insomniac spirit,” Insomniac’s Ryan Schneider wrote in a PlayStation Blog post shortly after Wolverine’s announcement.

It sounds like Wolverine will most likely feel pretty similar to the Spider-Man games, but Insomniac is exploring how to “respect the DNA” of the character. In other words, developers will have to find interesting ways to incorporate Logan’s personality and powerset into the gameplay.

Something like “Mutant Rage” may seem like a much-too-obvious suggestion at first. After all, we’re talking about two brutal, grizzled badasses who have a tendency to get very, very mad — so mad, in fact, that they shred their enemies to pieces while screaming at the top of their lungs. But for Wolverine to have something similar to Kratos’ Spartan Rage would work in more ways than one. The mechanic is a pointed reflection of each character’s personality, but it also jives perfectly with their powers. And Spartan Rage is far more nuanced than your run-of-the-mill berserker rage.

Spartan Rage is charged by executing barehanded attacks and finishers whenever an enemy is stunned, rather than attacking with Kratos’ axe. It’s hard to imagine Wolverine sheathing and unsheathing his claws for something similar, but his game will almost certainly involve combat finishers. They’ve been a staple in superhero games at least since Batman: Arkham Asylum and Insomniac has already perfected their use in the Marvel’s Spider-Man games. Assuming Mutant Rage is a thing, combat finishers will play a huge role in charging it.

The Spider-Man games focus on stealth takedowns and finesse combat in equal measure, but a Wolverine rage mechanic would be the perfect way to differentiate between the two Insomniac titles — even if finishers are functionally identical. Besides, Wolverine isn’t exactly the stealthy type.

When enraged, Kratos deals bonus damage and attacks faster, but dealing damage also heals him, and any damage he takes reduces his Rage rather than health. Kratos’ Spartan Rage is also charged by any damage that he takes.

A similar approach would also make sense for Wolverine, whose principal mutant power is his accelerated healing factor. (The adamantium claws and bones were grafted on, and he only survived the procedure because of his healing powers.) Logan should regenerate a little bit of health constantly over time, but healing based on damage output along with building rage as he takes damage is a great way to make that specific power feel a little more interesting.

Raven Software’s X-Men Origins: Wolverine game released in 2009 featured a progressive damage system where you’d see the physical damage on Logan’s clothes and skin, which would then regenerate gradually over time. Before that, 2003’s X2: Wolverine's Revenge put Logan in a feral rage when he sustained major injuries, and his healing factor would only activate when he sheathed his claws — yet another interesting way to balance out such a potent superpower.

There’s no denying that Wolverine’s history in video games has already been inspired heavily by the God of War series. The only question is just how much the upcoming title will continue that trend. But if you’re playing a Wolverine game, and there’s no rage mechanic, then we might as well all rage quit now.