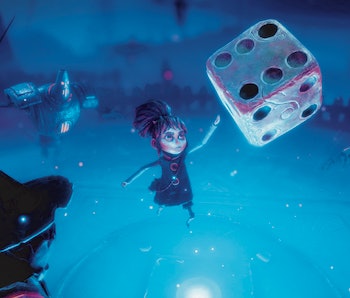 The Tribeca Festival is no stranger to the world of video games, but in 2021, gaming will be embraced in a big way.

While E3 2021 discussions will be dominated by new AAA announcements from the biggest publishers, Tribeca focusing on a smaller number of games from independent studios and giving them the same treatment as the films typically showcased at the festival.

If you like quirky indie games or are just wondering what to expect from this new part of Tribeca Festival 2021, here’s everything you need to know.

When is the Tribeca Festival 2021 start date?

The Tribeca Games Festival will kick off with a Tribeca Games Spotlight livestream at 2 p.m. Eastern on June 11, 2021. The event itself be held from June 11 until June 20, 2021. During that time, players can reserve demos of the event’s eight featured games and try them over Parsec. You’ll be able to start reserving spots for those virtual demos on May 24, 2021.

What are the Tribeca Games 2021 Offical Selection games?

Just like they do with films, some games are getting the “Official Selections” treatment for 2021. These games will also be featured in a “Tribeca Games Spotlight” showcase that’s technically part of Geoff Keighley’s Summer Game Fest. There will also be demos playable via Parsec.

The most notable game is Kena: Bridge of Spirits from Ember Labs. This PlayStation 5 exclusive turned heads upon its announcement last year thanks to its gorgeous visuals that look straight out of a Pixar or DreamWorks film. It will be released in August, but fans can see it again and try it out during this event.

Next is Sable, an open-world indie game coming from Shedworks and Raw Fury with an art style inspired by Jean "Moebius" Giraud. Raw Fury will also showcase NORCO, a point-and-click gothic adventure game set in the swampland of southern Louisiana.

Meanwhile, Lost in Random is a dice-themed action-adventure by Zoink and EA that has Tim Burton-esque visuals and very unique dice and card-based combat. Harold Halibut from Slow Bros is an indie adventure game that stands out thanks to its claymation visuals and distinct setting: a spaceship submerged in an alien ocean.

Signalis is a survival horror game by rose-engine and Humble Games. It follows a “Replika” named Elster as she explores alien worlds. and has a very well-detailed retro and anime-inspired art style. The Big Con from Mighty Yell is basically the complete opposite, as it’s a comedic game about a con artist trying to save their family's video store in a world with a blatant and colorful 1990s aesthetic.

Finally, there’s Twelve Minutes, another highly anticipated indie game starring Daisy Ridley, James McAvoy, and Willem Dafoe. Players are stuck in a time loop in this game by Luis Antonio and Annapurna Interactive and must find a way to escape from an evil cop and save their wife.

These games all have a very distinctive look and feel to them, and would likely be drowned out by the larger AAA announcements if they were showcased during an E3 conference. All eight of these games will take center stage during the Tribeca Games Festival though, so you’ll be able to get a very in-depth look at each of them if you want.

When is the Songs of Red Dead Redemption 2’s start time?

While the Games Spotlight is the main aspect of the Tribeca Games Festival, the festival is partnering with Rockstar Games for “The Songs of Red Dead Redemption 2.” This is a live performance of the game’s soundtrack by Producer Daniel Lanois, and it will take place outdoors at New York City’s The Battery at 8:30 p.m. Eastern on June 10, 2021. Tickets for it go on sale May 10, 2021.