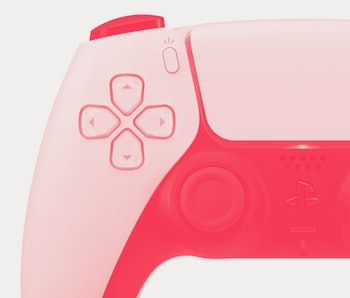 After months of conspicuous silence, Sony's finally ready to share more details about its next-gen console, the PlayStation 5. The June 4 event will focus primarily on games, and run for "a bit more than an hour," according to the company's official blog.

So what can we expect from this long-awaited reveal? Sony's kept its cards close to the chest so far, but here's 4 things we can expect to see June 4, and 4 we probably shouldn't get our hopes up about just yet.

What Sony has said so far about the event — Sony Interactive Entertainment President Jim Ryan authored the brief blog post, which will take place at 4 p.m. ET on Thursday, June 4 on Twitch and YouTube. Fans can expect to see a focus on gameplay, but we won't get the whole kit and caboodle this time. Sony plans a series of events in the coming months.

"This digital showcase will run for a bit more than an hour and, for the first time, we will all be together virtually experiencing the excitement together," Ryan said. "This is part of our series of PS5 updates and, rest assured, after next week’s showcase, we will still have much to share with you."

4 things we can expect at the PS5 June 4 reveal

4. Cross-gen titles — Sony's still looking to generate hype and buzz for the two biggest titles coming during the twilight days of the PS4, so expect to see footage from The Last of Us 2 and Ghost of Tsushima optimized for PS5. (Perhaps Sony will announce some sort of Smart Delivery-inspired free upgrade for PS4 buyers?)

3. Our first look at the console design — Sure, we've seen the photos of V-shaped dev kits and a heap of fan renders. But we'll likely get our first look at the new hardware soon to be decorating living rooms the world over. Will it be another boring black box or something with a dash of white, like the DualSense controller? We're about to find out.

2. More info on DualSense — Sony's filed a bunch of patents over the last new months pertaining to haptic feedback tech, and developers have been teasing loads of innovation in terms of how games "feel." It's a safe bet we'll learn some more specifics about games that take advantage of this spiffy new tech on June 4.

1. Some big-first party games — Given how chaotic the games industry's "Not E3" schedule is looking over the next few weeks, with many publishers each planning their own individual events There's one we probably won't see, which we'll get to later.

4 things not to expect at the PS5 June 4 reveal

4. A GTA 6 release date — We want it, you want it, we all want it. But Rockstar marches to the beat of it's own drum, and there's very little chance this is a next-gen launch title.

3. More information about backward compatibility — Sony's been behind the curve on this compared to Xbox Series X, and seemed to be following its cross-gen strategy from previous years: make people buy the same game twice for old and new hardware. Until Sony has some comparably appealing news on the topic, don't expect to hear much on this for a while.

2. The PS5 price — Sure, we all want to know how much Sony's new console is going to cost, including with all those not-so-optional "extras" we'll need like additional storage and controllers. However, given how Sony and Microsoft have handled next-gen reveals so far, we don't expect to see the PS5 price until after the Series X. However, previous reporting from Bloomberg suggests the price may be around the $500 point. Oof.

1. Our first look at God of War 5 — There's every reason to suspect that this game is in development, short of official confirmation from Sony Santa Monica. Cory Barlog hasn't stopped tweeting about Kratos since 2018, after all. However, this is probably Sony's biggest first-party ace in the hole. Sony isn't gonna play that card this early, and Santa Monica will want it to look as polished and crave-worthy as humanly possible.

Everything we know about the PlayStation 5

June PS5 reveal won't include 1 thing everyone is waiting for

14 PS5 launch titles to get hyped about