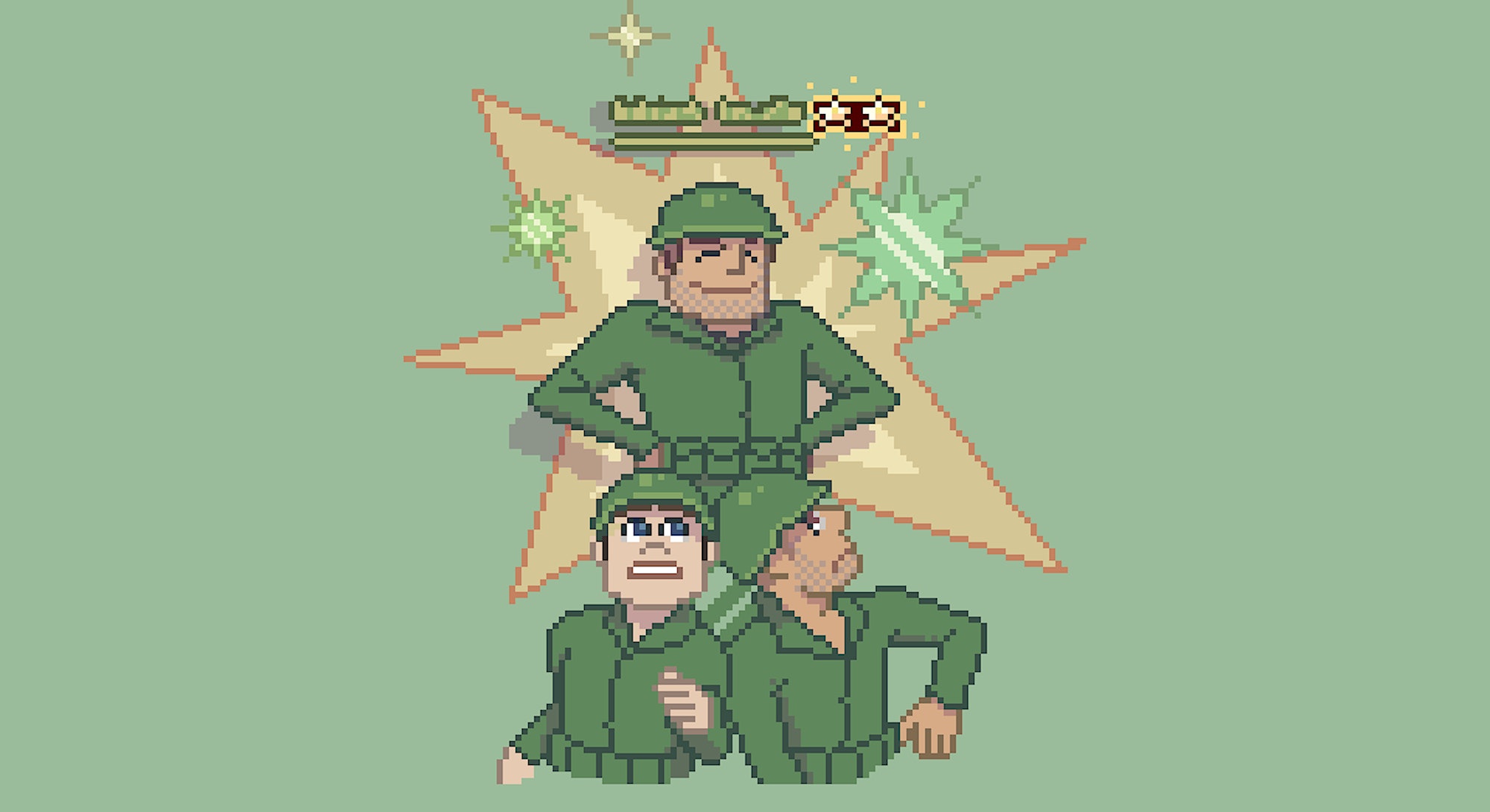 It might seem like the same ole' Call of Duty gets re-released each year, but if you look closer, the beloved franchise is always evolving.

Prestige Mode is an option for players who have reached the highest rank in multiplayer (Rank 55 in this year’s 1980s-themed shooter). Once you’ve “Prestiged,” you’re be reset to Rank 1 while keeping all of the rewards and cosmetics you earned after your first grind to the top. You'll also unlock new challenges to earn even rarer and more coveted badges.

The appeal of Prestige is purely bragging rights. It’s a way to show your enemies how many hours you’ve put into CoD. Plenty of gamers have already “Prestiged” a couple of times in the week that Black Ops Cold War has been out. But the system works a bit differently this time compared to most CoD games over the past 13 years.

In a major shift, Activision is merging the Prestige systems across three of its active CoD games (Black Ops Cold War, Modern Warfare, and Warzone) in December. This way, gamers can show off their progression in either of the premium games when they play a round of the popular and free-to-play battle royale spinoff Warzone.

For the time being, Black Ops Cold War players are locked into their own Prestige system as Activision prepares its December update. This temporary leveling system has been bugging out for many users and not displaying their actual rank.

These hiccups will hopefully be ironed out in December when CoD publisher Activision changes the course of its 13-year-old Prestige system. But even though the first-person shooter series popularized the multiplayer mode, the word “Prestige” was first introduced to gamers by the tabletop game community seven years before it ever made it into CoD and the concept goes back even further.

Multi-user dungeons (the predecessors of massively multiplayer online role-playing games like World of Warcraft) were responsible for first implementing the idea into a gameplay mechanic. The primarily text-based BatMUD (1990) is the earliest title to include a system that let experienced players start over with a new character while holding on to some enhanced abilities.

Instead of Prestige, BatMUD called the concept “Remorting.” Other early RPG titles like EmlenMUD (1994) implemented similar systems, and the concept began to pick up steam as developers coaxed dedicated players into replaying their games even after they finished the campaign.

Activision published real-time strategy game NetStorm: Island At War by developer Titanic Entertainment in 1997, which included an early Prestige system. The mechanic was shockingly similar to what would eventually be featured in CoD, but it still didn’t have its now unmistakable moniker.

Once players unlocked all of the game’s turrets and structures by defeating other users, they had the option to relock their units to gain a “metalevel” that would be displayed on their account as a way to show off their progress. The concept of showing off your Prestige was born, but the name wouldn’t arrive for a few more years.

Dungeons & Dragons 3rd Edition launched in 2000 and is considered one of the most disastrous expansions to the tabletop RPG. It added so many balance-tilting mechanics that publisher Wizards of the Coast released a 3.5 version in 2003 to tone down these new editions. Among all of the chaos, Prestige was born.

“Prestige class” was an update to the concept of “dual-classing,” which allowed players to adopt more than one role (like being both a Rogue and a Ranger) so long as they had the stats necessary for the second class.

The mechanic is still present in D&D today, but has since been renamed and rebalanced as part of an overcorrection on the 3rd Edition’s numerous restrictions, according to game designer Michael J. Tresca in his 2010 book The Evolution of Fantasy Role-Playing Games.

But as Prestige died in D&D, it found a new home in Call of Duty.

Call of Duty premiered in 2003. It was the creation of Infinity Ward, a new studio made up of 22 developers who had previously worked on Medal of Honor: Allied Assault (2002). Activision helped the budding studio by buying a 30 percent stake, and bought the rest of the company days after CoD’s original release.

Activision has since passed the CoD IP between multiple developers (Treyarch and Sledgehammer Games), but Infinity Ward has remained the sole producer of the Modern Warfare line that is responsible for adding Prestige to the shooter’s multiplayer game modes.

Call of Duty 4: Modern Warfare (2007) added Prestige Mode to the series for the first time as a way to hook gamers to its multiplayer. The game went on to sell 10 million copies a year after launch and Prestige was highlighted as a “standout feature” in reviews that praised it for improving the replayability of the shooter’s online modes.

Today, Call of Duty is a yearly franchise that’s included a variation of Prestige in every iteration of the title since CoD 4, except 2019’s Call of Duty: Modern Warfare. (Ironic since the original Modern Warefare popularized the system to begin with.) But that lull can be explained by the most recent major change to the CoD experience.

Warzone’s launch fixed the nagging issue of forcing players to buy a slightly updated version of CoD every year by offering a completely free way to get into the franchise. Fans can now enjoy a free battle royale version of the franchise whenever they’d like, and fundamentally changed the purpose of Prestige.

Now that Activision is unifying the Prestige systems in Modern Warfare and Black Ops Cold War into Warzone, it’s become a way to advertise both premium titles in the free battle royale. Warzone players that see their opponents with exclusive gun skins and nameplates will be tempted to buy the newest Call of Duty to gain access to those same cosmetics

In other words, Warzone has become a billboard where Activision can advertise its yearly releases, and Prestige is the flashy visual that gets you to look up.