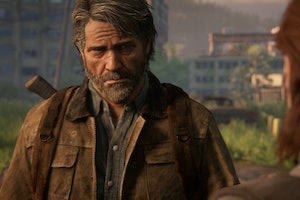 'Last of Us 2' release date delay: Try these 9 survival games on PS4 instead

Sony shocked gamers when the company confirmed that Naughty Dog's highly anticipated horror-action game The Last of Us Part II was delayed indefinitely due to growing concerns related to the coronavirus. The game's delay leaves a large gap in the PS4's spring lineup, which is now relying on games like the disappointing Predator: Hunting Grounds. Thankfully, there are tons of other great games on PS4 that evoke specific parts of The Last of Us.

If you are looking for something new to play in the void left by The Last of Us Part II's delay, considering the following 9 titles.

For fans of The Last of Us who love ... gritty Sony games with zombies.

During the seven-year gap between The Last of Us and its sequel, the lesser-known first-party developer Sony Bend launched Days Gone, a post-apocalyptic zombie game most notable for its open world and massive zombie hordes. It follows a man named Deacon St. John in Oregon as he attempts to survive and find his wife that he was separated from years prior. Days Gone is often compared to The Last of Us in unfavorable ways, but it's trying to do different things within the zombie subgenre and does it well.

The size of these zombie hordes are unrivaled by anything else in gaming right now, and deep motorcycle customization and mechanics ensure that players are always mobile enough to evade the many undead out there. If you want to fill the void with another first-party zombie game and don't want to replay the original The Last of Us, Days Gone is your best option.

For fans of The Last of Us who love ... an emotional story set during the zombie apocalypse with a strong, young female protagonist.

The Walking Dead has become a massive franchise thanks to the AMC show, but a series of narrative-focused choose-your-own-adventure games from Telltale left their mark on gaming throughout the 2010s. Starting from the perspective of an ex-con named Lee and ultimately following a girl named Clementine, every Season of Telltale's The Walking Dead is an emotional romp that captures the spirit of the franchise well.

The Walking Dead: The Telltale Definitive Series contains all of the Walking Dead-related content Telltale put out before it was shut down for only $50, but if nothing else, you should play the gut-wrenching first season.

For fans of The Last of Us who love ... the core mechanics and gameplay and want something that's identical.

While there are no zombies to be found in the Uncharted games (unless you count those weird Bigfoot creatures), these other games developed by Naughty Dog feel almost identical in many ways to The Last of Us and its sequel with a more lighthearted, treasure-hunting vibe. Like all of Naughty Dog's games, they are insanely polished and fun to play but still manage to tell captivating stories in cinematic ways. Uncharted 4: A Thief's End is Naughty Dog's final outing with Nathan Drake, who is pulled into one last job by his long lost brother Sam.

Meanwhile, Uncharted: The Lost Legacy is a spin-off featuring Chloe and Nadine, two side characters from the main game who go on their own adventure to find the Tusk of Ganesh. You can't go wrong with either title, but Uncharted 4: A Thief''s End is currently available for free via PS Plus, so you should definitely claim it immediately.

For fans of The Last of Us who love ... a psychological story with a female protagonist in a tense, horrifying adventure.

While Ninja Theory is now owned by Microsoft, Hellblade: Senua's Sacrifice was the game that convinced Microsoft to buy the company. A PS4 console timed exclusive, this game follows the mentally ill Senua as she travels to Helheim to revive her dead lover. The developers consulted actual neuroscientists in the development of this game steeped in Nordic lore, it's one of the best representations of mental illness in gaming.

Hellblade: Senua's Sacrifice incorporates horror game elements for those that liked that portion of The Last of Us as well, so its a title I'd definitely recommend to anyone interested. If you don't want to play it on PS4, the game is also available for PC, Xbox One, and even Nintendo Switch.

For fans of The Last of Us who love ... the global pandemic storyline but are curious what it looked like in the Middle Ages.

A Plague Tale: Innocence has a surprising amount of similarities to The Last of Us despite how different it initially seems. This game set during the 1300s presents a dramatized version of the Black Plague. It follows a girl and her brother as they attempt to outrun the inquisition and survive in a world that wants them dead.

It's less action-oriented than The Last of Us but the core storyline is loaded with horror elements and focuses on the relationship between a pair of starring characters who really care about each other. A Plague Tale: Innocence flew under the radar when it released in 2019, but you should check it out if you haven't already. It's even on Game Pass if you own an Xbox One.

For fans of The Last of Us who love ... third-person action against the undead.

The Last of Us is a top-notch third-person horror game, but Capcom's long-running Resident Evil series essentially defined the genre, especially when it comes to zombies. In particular, 2019's Resident Evil 2 in a tense and tightly designed experience that will have you deliberating every move you make as Leon Kennedy or Claire Redfield as they make their way through Raccoon City's police station and dodge the threatening Mr. X.

Capcom also released a remake of Resident Evil 3 on April 3. While it doesn't live up to lofty heights of Resident Evil 2's remake, it features the same great production quality and intense gameplay while putting a bit more of a focus on action. You can't go wrong with either remake, and both will serve as decent substitutes for The Last of Us Part II.

For fans of The Last of Us who love ... an emotional parent-child story and might want more martial combat weapons.

God of War is one of the PS4's best games. Full stop. Play it no matter what, but it gets such renown for many of the same reasons that The Last of Us does. The relationship between Kratos and his son Atreus is the emotional core of this story in much the same way that Joel's growing affection for Ellie in The Last of Us is also a major focus. With God of War, Sony Santa Monica tapped into some of that same energy for the relationship that is at the core of the game.

Following Kratos and Atreus on their journey to spread the ashes of Atreus' mother is captivating and emotional as the misadventures Joel and Ellie find themselves in, and it has that level of first-party Sony polish that you should not miss out on.