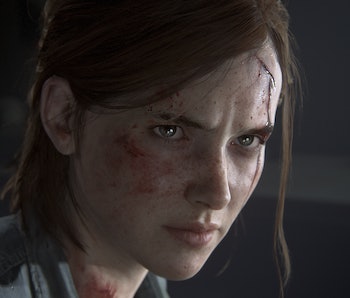 Major spoilers for Naughty Dog's The Last of Us Part II hit the internet in late April, and despite early rumors that the source was a disgruntled employee, the true story behind the leaks exposes a more sinister side to fandom.

How The Last of Us Part II was leaked — On May 3, reports emerged from Kotaku, Bloomberg's Jason Schreier, and PixelButts (a QA tester with inside knowledge about the leak) revealing that a specific vulnerability left Naughty Dog open to hackers, eventually resulting in major The Last of Us Part 2 leaks.

"Hackers found a security vulnerability in a patch for an older [Naughty Dog] game and used it to get access to [Naughty Dog]’s servers," Schreier wrote on Twitter. "I think the footage that leaked is from devs playing an early build ... Most importantly, rumors of this being an act of protest by a contractor whose pay was robbed are not true." All this came after Sony announced on Friday that the company had "identified the primary individuals responsible" and confirmed they were not affiliated with Naughty Dog.

What specific vulnerability led to this Last of Us 2 leak? Sony and Scheier's comments were both vague in how they presented the information, but PixelButts' and Kotaku's reports provide more specific context to about how the leak happened. They both revealed that a hacker group found a way to access Amazon servers that stored data for games like Uncharted 3: Drake's Deception and The Last of Us.

The group managed to take 1 TB of data from a server for The Last of Us before the end of March, and while PixelButts made Naughty Dog aware of the vulnerability in February, access to those Amazon servers wasn't fixed until "on or before April 30." This gave the leaker more than enough time to get what they needed from the server and reveal it to the public.

PixelButts told Kotaku that while this hacker group is definitely connected to the leak, "their circle is more just [Naughty Dog] enthusiasts that like development content from their games, rather than malicious actors." While the fan group itself wasn't responsible for the leak, someone cognizant of what they were doing most certainly was.

What does this say about the fandom? This is just one of the latest major story leaks to plague an entertainment franchise. Everything from Avengers: Endgame to Game of Thrones Season 8 and Star Wars Episode IX: The Rise of Skywalker suffered major story leaks from people claiming to be fans. When said fans don't approve of certain plot details or prominent characters, these kinds of leaks wind up feeling mean-spirited — literal spoilers meant to spoil the experience for everyone else.

We don't currently know what motivated the leaker behind The Last of Us Part 2's leaks, but the conjecture we're left with based on comments from PixelButts is that they're related to this group of fans. Leakers like this seem keen on sowing discord amongst the series' fans by leaking divisive story details to the public. This feels a pattern we've seen over and over again with these kinds of major leaks. We saw it with major Disney movies and even with Game of Thrones. Rather than let creators tell their stories in the way they were intended, plot details are seemingly released with the aim of aggravating fans and destroying their enjoyment of the film, TV show, or video game.

The narrative becomes that for any fans who don't enjoy where a franchise is going, they can spoil the experience for everyone else this way. It represents the most sinister sides to fan culture.

Inverse reached out to PixelButts for additional comment on the leaks, but did not receive an answer.