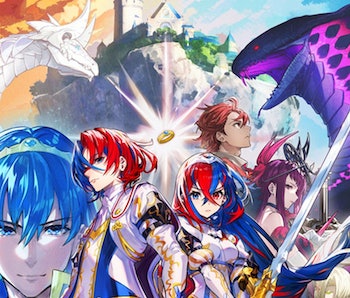 Fire Emblem has come a long way over the last 10 years from an obscure series on the verge of ending to one of Nintendo’s biggest franchises that has multiple spinoffs, like the Dynasty Warriors-esque Three Hopes and the massive mobile hit Fire Emblem Heroes — which is to say nothing of 2019’s widely beloved Fire Emblem: Three Houses. Now the series is set to evolve once again with Fire Emblem Engage, a very different-looking mainline entry that sports a vibrant art style and lets you summon the heroes of past games. Here’s everything we know about Fire Emblem Engage.

When is the Fire Emblem Engage release date?

Surprisingly, Nintendo announced a release date right when it revealed the game: Fire Emblem Engage will launch exclusively for Nintendo Switch on January 20, 2023. On top of the digital version of the game, Nintendo will also be releasing a physical “Divine Edition” that comes with a Steelbook, art book, art cards, and poster. The edition costs $59.99 and can be pre-ordered from Nintendo’s store.

Is there a Fire Emblem Engage trailer?

Yes, Nintendo released a lengthy reveal trailer during its September Nintendo Direct. The trailer opens with a very interesting painting and a voice-over describing how in the past they summoned heroes known as “Emblems” to help them fight a great evil. The figures we see in the painting are all heroes from past Fire Emblem games, giving us a hint at some of the iconic figures that’ll be featured in Fire Emblem Engage. All of the characters we spotted in the painting are Lucina, Marth, Lyn, Micaiah, Sigurd, Ike, Eirika, Roy, Leif, Celica, Byleth, and Corrin.

What is the Fire Emblem Engage story?

Even though Fire Emblem Engage features past characters, it has an original story set in an entirely new world. Here’s the official description from the game’s page

“In a war against the Fell Dragon, four kingdoms worked together with heroes from other worlds to seal away this great evil. One-thousand years later, this seal has weakened and the Fell Dragon is about to reawaken. As a Divine Dragon, use rich strategies and robust customization to meet your destiny — to collect Emblem Rings and bring peace back to the Continent of Elyos.”

As the reveal trailer shows, there’s also going to be a bunch of original characters that join you in combat, on top of being able to link with past heroes. Like all recent Fire Emblem games, you’ll also be able to choose a male or female version of the main hero. While we don’t know much more about Fire Emblem Engage’s story, one interesting detail is that we also see the game’s villain put a ring on. This seems to hint that villains might also be able to summon past Fire Emblem characters, just like the heroes.

Despite the name “Engage,” we, unfortunately, don’t know if there’ll be any relationship or marriage mechanics.

What do we know about Fire Emblem Engage gameplay?

Fire Emblem Engage uses the same tactical battle system the series is known for, but with a few interesting changes. While combat looks pretty standard, the biggest new feature seems to be the “Emblem Rings” system that lets characters fuse with past Fire Emblem heroes. In a few gameplay sequences, we see characters can equip rings of past heroes to boost their stats, and even transform into new forms. What’s not clear at the moment is if certain characters can only use certain rings. In the trailer we see the main character use Marth, a character named Alfred use Sigurd, and a character named Celine fuse with Celica. Past that it seems like the game will also have a weapon triangle and skill system.

The other gameplay detail we know is that Fire Emblem Engage will feature some kind of a hub area, like in Fire Emblem: Three Houses. The hub seems to have all of the amenities you could want like an item shop, blacksmith, and some kind of pasture. Interestingly, we also see that past Fire Emblem characters, like Marth, will inhabit the hub and can be talked to.

Fire Emblem Engage will be released for Nintendo Switch on January 20, 2023.