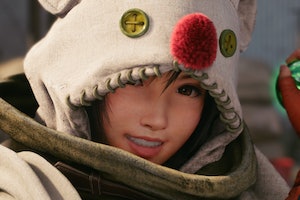 Naturally, that’s a big shake-up with some major implications for the remake’s future. The unexpected add-on is causing us to wonder what this means for other beloved characters? And what does it mean for the general release strategy for the ambitious remake moving forward? Here’s are 4 ways that Intergrade might impact the next proper installment of Final Fantasy VII Remake.

One thing we know about Intergarde’s new chapters is that they heavily revolve around Wutai. The nation is a major part of the original game’s lore, though it only gets some minor lip service in the first FF7 Remake. The basic story is that Wutai was once a thriving nation, but it was reduced to a tourist trap after a war with Shinra. It’s your age-old story of a mega-corporation trying to steal land for its own purposes.

In Remake, Shinra believes that Avalanche and Wutai are in cahoots with one another to wage a second war. While that might not be true in the original, it could certainly be the case in the sequel considering how much has changed already. Intergrade may be laying the groundwork for a new storyline to pad out its next chapter where Yuffie joins forces with Cloud and the rest of Avalanche.

Speaking of Yuffie, the major implication here is that we may be seeing more familiar faces in the sequel. We’ve already gotten a glimpse at Cait Sith, but when will other playable characters from the original show up? That question was especially important when it came to characters like Yuffie, who are entirely optional in the original. It didn’t seem like there’d be a place for her in the sequel, but Intergrade shakes things up quite a bit.

Now it seems like it’s much more plausible that we’ll see all the old faces as playable characters in some form. However, if heroes like Cid do appear, they’ll have to be included in a very different way. The remake features much more deliberate storytelling that doesn’t allow much flexibility for party customization. It’s likely we see new characters appear in specific sections of the sequel that are built around them, instead of throwing everyone into any given scenario.

The big door that Intergrade opens is the possibility for more side-content based around FF7 Remake. Rather than just telling one focused story about Cloud, these bonus chapters can be used to further flesh out some of the history and lore of the world beyond Midgar. Is this how Square Enix will introduce every other playable character as well?

All of this is very important, especially because the first FF7 Remake barely even scratches the surface of the original's full story. The original game features a whole mess of storylines, some of which are entirely optional. Side-DLC like this would allow the series to tell more of those stories without breaking up the deliberate pacing of the mainline remakes. Maybe we’ll even get an entire snowboarding DLC, instead of shoving it smack dab in the middle of an apocalyptic quest.

One thing that especially stands out about this DLC is that it’s bringing an entirely new location beyond Midgar into the remake’s lore. Just as the remake is filled with side-stories, it’s also jam-packed with areas that can be explored on an open world map. That aspect of the original seems to be entirely at odds with the more linear approach the remake takes to scripted action set pieces.

We’ve long wondered how the remake series will function when it’s forced to open up beyond Midgar, and Intergrade might finally provide an answer. It’s possible that Cloud and the gang will have a mainline path they follow through in the remakes, while less crucial areas appear in side-content. We could be looking at a full complication of the remake somewhere down the line that rivals the Lord of the Rings’ special editions when it comes to length.