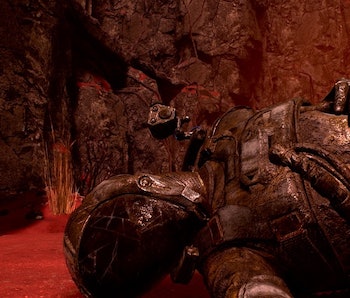 In previous years, the Electronic Entertainment Expo was a time of celebration for gamers. it was a massive social event that was essentially the Super Bowl for nerds (though minus the football game, only leaving in the commercials). For one week, fans of the industry got to pal around and enjoy a few exciting days of announcements that would set the stage for the next year of their gaming life.

Things look much different this year. Rather than getting ready for a news-dense three days, E3 has turned into a full-blown season. Digital events are springing up every day, huge announcements are casually getting dropped on Twitter, and Geoff Keighley is trying his darndest to swallow the ESA whole with Summer Game Fest.

It’s a headache for both fans who want to stay informed and the press who have to.

In some way, what’s happening in the gaming world right now makes a lot of sense. For the past few years, E3 has started to feel like an unnecessary gala. With companies like Nintendo ditching live presentations in favor of digital Directs, fans were starting to envision a world where publishers would just drop news whenever they wanted rather than saving their announcements for the summer.

That’s still looking like the logical conclusion of the modern game press cycle as E3’s power slowly fades. The problem is that we’re now living in an awkward in-between space where multiple ideas are fighting for relevancy.

On one hand, you have the traditional E3 format. After missing last year due to the pandemic, the ESA came back in 2021 with a reimagined vision for its expo. While it’s all digital this year, it follows the same format as previous events: a multi-day affair that acts as a who’s who of gaming publishers under one roof.

On top of that, we now have copycats who are trying to capitalize on E3’s fall from relevancy by taking over its niche. This year’s Summer Game Fest begins the same day as E3 and will feature an exclusive world premiere. To make matters even more confusing, both E3 and Summer Game Fest are claiming that Microsoft’s upcoming digital showcase is part of their events. It’s impossible to keep track of what’s happening at which show or where to even watch the events associated with them.

To make matters worse, publishers seem noncommittal about the idea of an ‘all-in-one’ show at all. Today alone saw four digital publisher events, which revealed some E3-sized games. Dragon Quest XII getting announced two weeks before E3 during a late-night live stream leaves us wondering what Square Enix actually plans on saving for the show. The same goes for Ubisoft, who are revealing new details on Far Cry 6 this week outside of its planned Foreword event.

To add to the pile, Nintendo is doing its own thing entirely. It dropped release dates for two of its biggest games, Pokemon Legends Arceus and the upcoming Diamond and Pearl remakes, casually on Twitter. Now there’s speculation that the company plans to announce the Switch Pro before E3 too. It’s hard to imagine Nintendo’s E3 stream being action-packed if giant news like that is going to drop well before it.

The gaming industry is a mess. That’s always been true, but it’s especially accurate in this situation. It’s clear that E3 isn’t working for publishers. Rather than throwing everything at the wall, companies need to come together to either unify or formally wave goodbye to the “expo” format.

The current mix is, frankly, exhausting for players. It’s impossible to keep up with every event. That’s hurting the actual fun part of gaming announcements: the social component. Ultimately, the point of events like E3 is to get gamers talking. It’s a marketing play, but it doubles as a fun water cooler moment for the community. With so many “can’t miss” events scheduled this summer, people will spend every day in the breakroom talking about games instead of actually playing them.