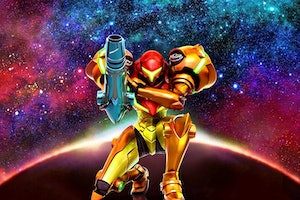 With E3 2021 on the horizon, the rumor mill is churning. We already know what companies will be at the show and we’re starting to see lots of “leaks” that coincide with that news. Some might just be educated guesses, like a recent Elden Ring teaser, while others could have legs.

The most recent example comes from Super Smash Bros. Ultimate leaker Zippo, who posted a blog full of potentially exciting Nintendo news. While it’s full of details on previously announced games, the post features some unannounced news that would make fans very happy — if it’s true. While plenty of Nintendo leaks have panned out in the past, just as many turn out to be entirely false.

Where do Zippo’s rumors fall on the spectrum? Let’s go through each rumor and rank the plausibility of each on a five mushroom scale.

The rumor: Zippo claims that Nintendo’s EPD team is making a new 2D Donkey Kong game for the franchise’s 40th anniversary. It’ll be separate from the Donkey Kong Country line of games and considered the start of a new series. It’s expected to launch this year and feature the return of Diddy Kong.

The reality: The EPD team is responsible for a lot of games and it already has a lot on its plate between Splatoon 3, Breath of the Wild 2, and Game Builder Garage. The team has never actually created a Donkey Kong game, so this would be a pretty significant development. It seems possible that a new Donkey Kong could be in the works, but the 2021 launch and EPD’s involvement raise some eyebrows here. 🍄

4. The next Fire Emblem installment is nearing completion

The rumor: Developer Intelligent Systems is making a new Fire Emblem game, which may be a remake of the SNES title Genealogy of the Holy War. It’s said to be separate from Fire Emblem: Three Houses and near completion already.

The reality: Well, Nintendo does love Fire Emblem games. Three Houses was a major hit and Nintendo recently brought the original game to the West for the first time ever. We’ll never bet against Fire Emblem, but some of the details are shaky here. Zippo only speculates that it might be a remake based on fan theories, though claims to know it’s near completion. It’s just a little too cloudy to bet on, even if it seems entirely possible. 🍄🍄

3. A new 2D Metroid game is in development

The rumor: According to Zippo, developer MercurySteam is hard at work on a new 2D Metroid game. In fact, Zippo claims the game is 100% done and just awaiting its reveal. While the leaker doesn’t say whether or not it’s brand new or a remake, they do mention that it’ll run at a “very smooth 60 FPS.”

The reality: The idea of a surprise 2D Metroid isn’t entirely left field. Nintendo famously surprise announced Metroid: Samus Returns during E3 2017. Bizarrely, it didn’t reveal the title on its Nintendo Direct presentation, but saved it for the Treehouse stream after it. This certainly wouldn’t be unprecedented.

MercurySteam also hasn’t released a game since 2017’s Spacelords and Samus: Metroid Returns, so it could have been developing a secret Metroid remake in that time. And it is Metroid’s 35th anniversary, after all. None of this is out of the question, but Metroid fans are also known for their wishful thinking. Still, one has to imagine that a Super Metroid remake in the style of Samus Returns will be in the cards eventually. 🍄🍄🍄

The rumor: This is a simple one: Super Mario Party 2 is coming, possibly by this holiday. Zippo notes that the first game sold particularly well and that Nintendo is taking the series seriously, hence the first game’s recent online update.

The reality: This seems entirely plausible. Nintendo tends to release Mario Party games pretty frequently. It’s been three years since Super Mario Party, which was the exact gap between 9 and 10. Considering that Super Mario Party never got significant DLC, it always seemed like Nintendo was saving something for a sequel. The recent multiplayer update does seem a little odd if Nintendo is planning on dropping a new game entirely soon, but this does seem more plausible than most of the rumors here. 🍄🍄🍄🍄

The rumor: Nintendo is working on more online, multiplayer games in the vein of Tetris 99. That’s been a success for the company and it reportedly plans to continue that retro trend. Zippo teases that Donkey Kong 99 could be next in line.

The reality: Frankly, we’d be shocked if this didn’t happen. Nintendo is all in on this style of game, between Super Mario 35 and Pac-Man 99. It’s an easy incentive for players to sign up for Nintendo’s online service and there are plenty of games that could work in this style. This seems like a more plausible Donkey Kong 40th anniversary plan than the 2D game rumor. 🍄🍄🍄🍄🍄