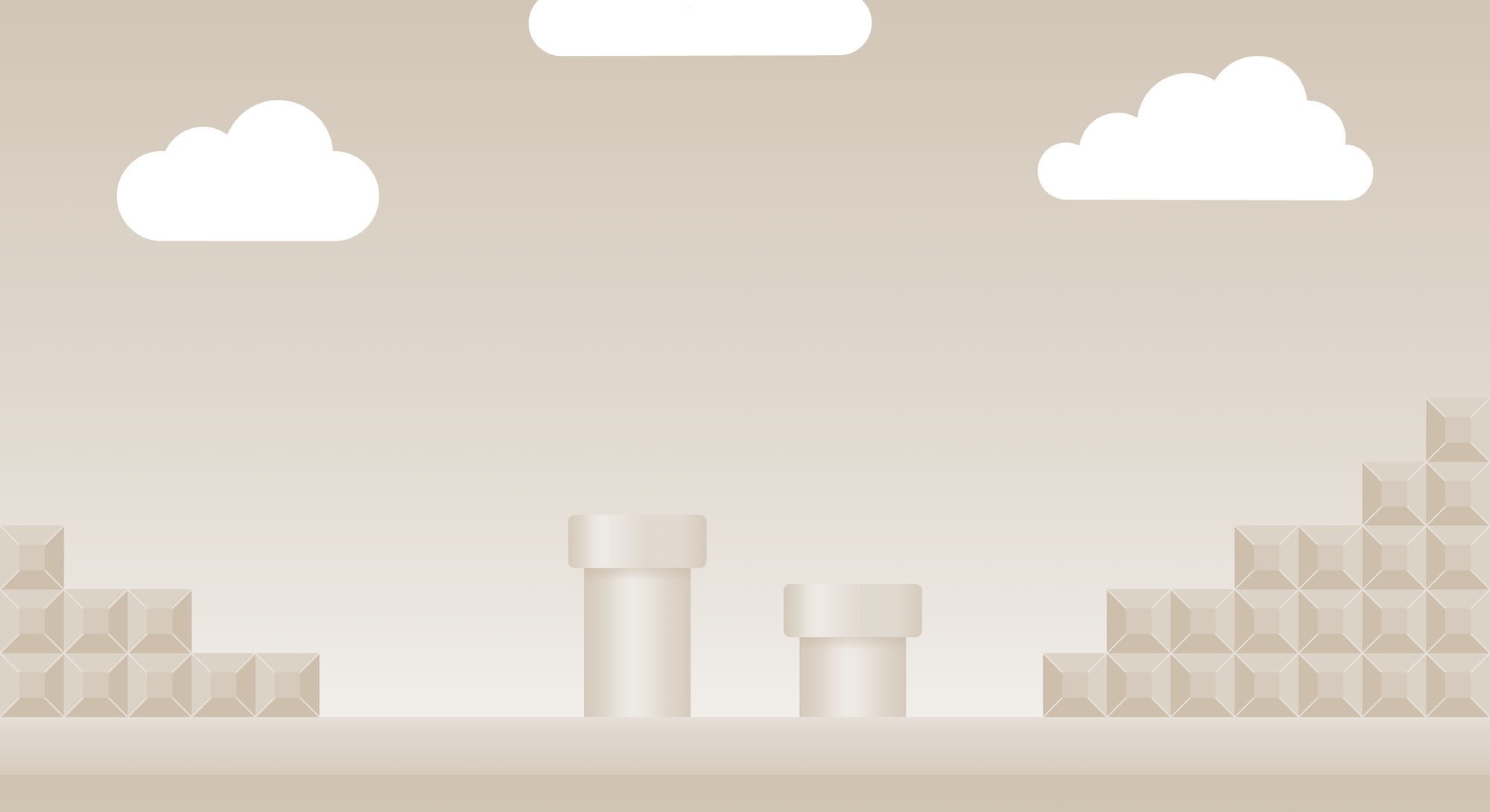 Super Mario Bros. 35 is the unlikeliest battle royale game yet.

Nintendo’s limited-time multiplayer release reimagines the classic 1985 NES platformer as a 35-player elimination game. Instead of shooting or building, players need to master the art of precise platforming and careful time management to take first place.

For Nintendo Switch Online subscribers, it’s an enjoyable freebie at a time when first-party Nintendo releases are slim. But as a battle royale game, Super Mario Bros. 35 is less compelling. There’s no power progression through a round, stages repeat too often, and opponents have little reason to interact with one another.

Super Mario Bros. 35 fails as a battle royale game because it’s lacking the secret ingredient that makes the genre special. The teams behind battle royale games like Spellbreak, Hyper Scape, and Apex Legends tell Inverse that a phenomenon called emergent narrative is the key to the genre’s success.

“Storytelling” may sound like a strange concept for a competitive multiplayer game, but it’s an important part of what keeps the best battle royales feeling fresh. Every match of Fortnite gives each player their own mini-arc full of high-stakes drama and tension. It’s like watching an episode of The Walking Dead; You never know when a beloved character might meet the wrong end of a barbed-wire baseball bat.

“Sid Meier famously said that games are a series of interesting decisions,” Seth Sivak, CEO of Spellbreak developer Proletariat Inc., tells Inverse. “As designers, our goal is to ensure that the player is not only presented with interesting decisions but that those decisions have a dramatic impact on shaping that player’s experience. That’s essentially what every individual player’s story is: the decisions that they are presented with and the consequences of those decisions.”

Launched in September 2020, Spellbreak is one of the newest battle royale games on the scene, pitting magic-wielding “Battlemages” against each other as they wield gauntlets powered by various elements. It achieved a player base of 5 million in just three short weeks following launch.

It’s rare that any two matches tell the exact same story. In one round, my squadmate and I stumbled into a heated battle by accident, forcing us to hole up in a trench like World War I soldiers as we desperately lobbed poison spells overhead. The next match, my partner used a magical scroll that launched him high in the air to make a fiery last stand atop a massive tower. Another battlemage with the same scroll jumped up to engage him in an epic aerial showdown.

Both matches had completely different pacing and story beats, which gave us unique “war stories” to tell our friends about. Sivak considers that kind of experience to be an intended feature.

Like most games of the genre, players need to make dozens of those “interesting decisions” Sid Meier talked about each round. Spellbreak adds even more complexity on top of that thanks to its mix-and-match elemental combat system, which Sivak sees as another way to give players more storytelling tools.

“Some of the most memorable moments aren’t things we could have planned,” Sivak says. “There’s a streamer who delivered an amazing ice lance snipe in mid-air, only to get swallowed up by the fracture when he landed. This is why we try to make design decisions that give room for the players to write their own story and have more control over the narrative.”

Battle royale games can sometimes feel a bit like a Dungeons & Dragons session. Designers take on the role of Dungeon Master, building out a world for a party to explore. Once the stage is set, players have the freedom to explore that space as they see fit and stretch the limits of what’s possible.

“It plays a little bit into the notion of what people get out of pen and paper games, where it’s the story you’re telling with your friends that’s unique,” Scoble tells Inverse. It may not be Shakespearean, but it’s your story. And that’s really important to people. It’s what you inject into it as much as you take out of it.”

Unlike Fortnite, Hyper Scape has a narrative justification for why player characters participate in an endless cycle of murderous elimination rounds. In a near-future akin to Ready Player One, people living in mega-cities turn to virtual reality gaming to seek fame and fortune. The Crown Rush battle royale competition is the most famous. This kind of elaborate worldbuilding doesn’t take agency away from players, but gives them a different set of stakes to build around.

The stories that writers tell work in concert with the stories that players create. Battle royale developers often collect community feedback to shape their game’s next season, while fans can take what’s already established and let it inform their gameplay decisions.

“The lore is there, but we don’t want it to get in the way of those individual player stories,” Scoble says. “It works hand-in-hand — I’ve seen a few comments from the fanbase saying, ‘I read one of the fiction pieces about Ace and Javi hanging out together, so when we play, one of us always takes on the Ace and the other takes on the Javi role.’ It’s neat to see players emulate that.”

Such experiences can make a game with 100 players feel like a personal experience.

Even the most established battle royale games are still finding ways to strengthen those narrative experiences. That design philosophy is central to Apex Legends, which just began its seventh season. The update gives players a brand new map and character, as well as The Trident, the game’s first-ever vehicle that adds more chaos to the mix.

Respawn Entertainment Design Director Jason McCord tells Inverse the Trident was introduced with the goal of adding more mobility to the map — not just “for the memes,” as he puts it. But its story-crafting potential strengthened as the team dug deeper.

“We really pushed hard to make sure the vehicle worked well with as many character abilities as it could,” McCord tells Inverse. “We said, let’s give you all the ingredients and this new utility and it’ll result in situations that we’ve never even considered. I’m positive when the thing goes live, I’m going to be watching videos and thinking ‘I didn’t know you could even do that.’”

The Trident is already having that effect on the game. In one match, my squad and I were looting a narrow building when a Trident full of opponents came barreling in out of nowhere, leading to a tense shootout with the hovercar acting as cover. It was an experience unlike any I’d had in the game before, and I immediately found myself wanting to talk my nearest friend’s ear off about it.

For McCord, a big part of Apex Legends’ success is owed to those moments. Whether it’s the slapstick hijinks the Trident brings or new power dynamics created by characters like Horizon, Respawn aims to keep its sandbox constantly evolving and rewarding players who switch up their play styles.

“You actually need to change things to keep people interested,” says McCord. “People will play the game differently, it’ll feel refreshing for everyone. By the time that gets played out, you have a new thing you’re going to push, and people are going to play it this way now. We’re going to experiment with that kind of stuff every chance we get.”

Players may not actively think about these design philosophies when dropping into a round of Fortnite, but their absence is felt in something like Super Mario Bros. 35.

35 Marios is just a dizzying spectacle, and it won't be enough to hold gamers' attention for very long.

The game doesn’t provide the diverse tools or meaningful decisions necessary to craft individual stories, which makes each round feel indistinguishable from the next. Judging by the game’s limited release window, which expires in March, there won’t be any further iteration before it leaves the eShop in March either.

There’s still plenty of fun to be had, but it’s not necessarily the same kind of enjoyment that comes from a battle royale game. The elimination component barely registers, with wins feeling more like a victory against the clock than human players. The basic template is present, but the real heart of the genre is missing.

A successful battle royale game goes beyond gimmick and amplifies the quieter design choices that have made the genre so fun to play and watch for years. That doesn’t always result in an obvious reinvention of the wheel, but it gives players the tools needed to carve a narrative out of 100-player chaos. The stories players craft and share with their friends will long outlast the genre.