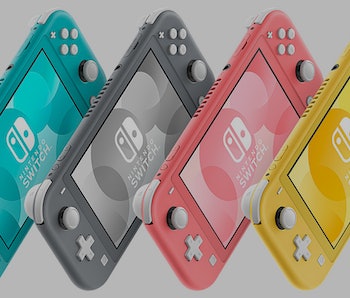 It was every kid’s dream: four Mario games in one. That was the promise of Super Mario All-Stars, a value pack released by Nintendo in 1993 to widespread critical acclaim and commercial success. Revisiting the games of the late ’80s offered up Mario games to an audience that had been slightly too young for the games at the time and created lifelong fans in the process.

I should know: I vividly remember playing All-Stars at a friend’s house growing up. I couldn’t have been older than eight at the time, but I still remember its opening screen, with Mario, Luigi, Peach, Toad, and even Bowser all welcoming you to the fun. It felt like backstage with the cast of a hit play. And then, those magical words: “select game.”

Here’s everything you need to know about Super Mario All-Stars on the Nintendo Switch.

What is Super Mario All-Stars?

Can you play The Lost Levels on Super Mario All-Stars on Nintendo Switch?

Yes! All-Stars also gave American audiences a chance to try the infamous black sheep of early Nintendo games, Super Marios Bros.: The Lost Levels. Originally created for players who had felt the original Super Mario Bros. was too easy, Lost Levels became notorious for its difficulty. Poisonous mushrooms that looked exactly like regular ones could kill players; some levels required jumping on invisible bricks with rapid-fire timing and wind gusts that blew the player around.

When asked if he was able to master the game during development, developer Tadashi Sugiyama once responded, “No...I left it to others.” The difficulty seemed to mark the game as cruel.

The game was ultimately deemed “not fun” by most who played it. Nintendo didn’t want to risk spoiling its reputation in America as a company that put out impossibly challenging games. But All-Stars presented a perfect opportunity.

Lost Levels is still very hard. The game was eased up a bit for All-Stars: poisonous mushrooms are more visible now, for example, but expect to die many times.

Super Mario All-Stars is currently available on the Nintendo Switch.