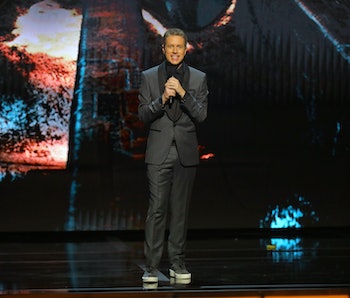 Summer Game Fest is coming back.

This alternative to E3 created by The Game Awards’ mastermind Geoff Keighley first emerged last year in the wake of E3 2020’s cancellation. Summer Game Fest was made up of several events between May and August 2020. This year, the event will be more focused. It doesn’t start until June with another Day of the Devs showcase.

This is everything we know about Summer Game Fest and June 2021’s Day of the Devs showcase so far.

Right now, the Day of the Devs showcase has a vague June 2021 window. Geoff Keighley and the Day of the Devs team expect the reveal a more specific date alongside a more detailed schedule of events “in the coming weeks.” We will update this post when a date is revealed. For reference, last year’s event took place on June 22, 2020. You can watch it below:

What is Day of the Devs?

“The developer showcase will feature new video game content, including world exclusive news and gameplay, plus video game musical performances,” the press release revealing the event explains. “Day of the Devs celebrates the creativity, diversity, and magic of the indie game community.”

If this year’s show following the same formula as the 2020 event, then it’ll be a laid-back two-hour showcase that’s meant to mainly highlight games that don’t often get a platform. There will be some AAA announcements to attract more viewers.

What reveals can we expect from Day of the Devs?

Last year’s event featured trailers for Crash Bandicoot 4: It’s About Time, a SMITE and Avatar: The Last Airbender crossover, and several indie games like The Artful Escape. So far, no developers have confirmed their involvement, though this is also something Geoff Keighley and co. will announce in the coming weeks.

Expect the event to mostly contain indie games, with a couple of bigger announcements possibly peppered in. If you’re an indie game developer who wants to reveal their game, you actually have the chance to as well. Indie developers can submit their game via this Google Form until April 9 for the chance to be featured.

Getting featured in Day of the Devs will be completely free for the development team. This should provide a more accessible alternative to developers who might not be able to afford the cost of officially attending E3. We’ll update this section as more developers reveal their involvement ahead of the June showcase.