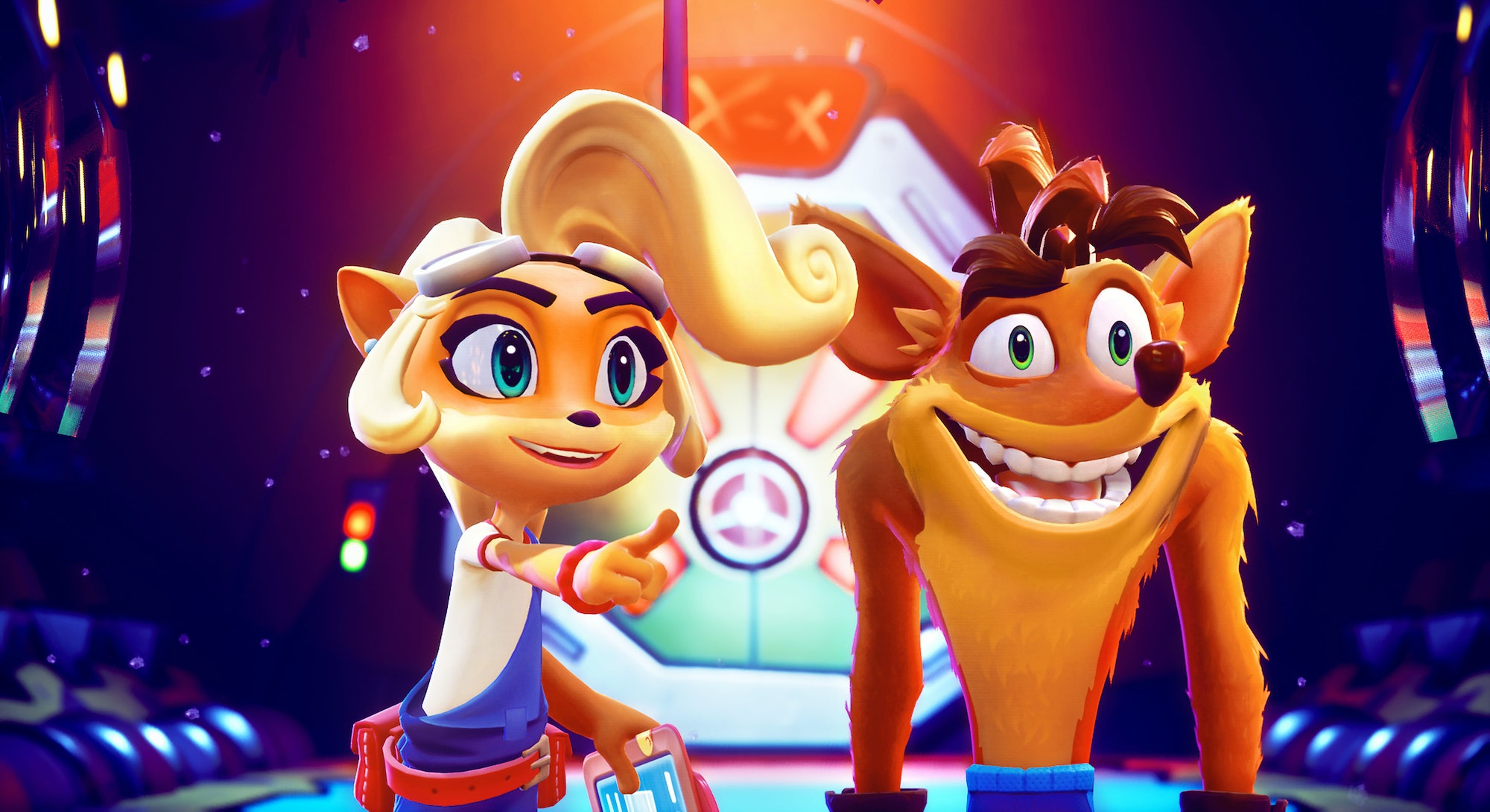 Crash Bandicoot 4 is getting billed as a direct sequel with Crash 3: Warped in both story and level design almost 22 years after Warped was released on the original PlayStation. Living up to the formula that The Last of Us Part II developer Naughty Dog established with Crash Bandicoot back in the ‘90s while enhancing the mechanics for current-gen consoles is a tall task, but it’s a challenge that producer Louis Studdert and developer Toys For Bob were enthusiastic to take on.

“When we saw the tremendous success of the Crash Bandicoot N. Sane Trilogy, we knew that there was actually a really clear hunger for that authentic gameplay from the original trilogy,” Studdert tells Inverse.

He also claims that no other major platformer series feels like Crash Bandicoot, which he bills as a “perspective-shifting, tense, and precise execution-based platformer.” Crash Bandicoot 4 pays homage to the classic Crash formula while carving out the franchise’s future, and Studdert highlighted how he’s dealt with that balance during his time at Activision and Toys for Bob.

From the start, the team knew their game was going to be the true Crash Bandicoot 4, because it was staying faithful to the original’s gameplay and continuing the story from where Crash 3: Warped left off. Studdert says the team concluded that original gameplay style “resonates with players” more.

But fans of post-Naughty Dog Crash games like Twinsanity aren’t being fully left out of the fun. Studdert says the entire series is referenced throughout Crash Bandicoot 4, and stressed that variety is one of the series’ defining features, so it’s not just a one-note knock off of Naughty Dog’s titles.

“Looking at the levels of a Crash 2 was a really good jumping-off point for us to reference how the levels were built with the layered mechanics of enemies, hazards, and challenges,” he explained. While Crash 2 was a major reference, the team opted to use the map from Crash Bandicoot 1 instead of the hubs associated with Crash 2 and 3.

This decision allowed the team to structure levels in a “multiplicative way” where mechanics are slowly introduced to the player and then combined to create exciting levels. Toys For Bob still tried to put its own spin on the classic formula though, mainly by increasing the scope of the levels. One of the restrictions of the N. Sane Trilogy was the fact that the levels had to stay linear and quite similar to how they were designed for PS1. With Crash Bandicoot 4, that wasn’t an issue.

“We wanted to blow that out,” Studdert explained. “We wanted to have huge sightlines so that you could look up and see something like a temple you’ll be scaling later in that level.”

Toys For Bob also aims to make the game more accessible, with a modern mode that gets rid of the lives system. This choice was made in the middle of development, when the team noticed pain points in the older games, and wanted to ensure that players “never hit a point of hard failure” even if the levels are challenging.

The team also dove deeper into the game's playable characters and story. Villains Neo Cortex, Dingo Dile, and a redesigned version of Tawna — Crash’s girlfriend who hasn’t been seen since the first game —are all playable in Crash 4. New flashback levels give insight into how Neo Cortex tested Crash before the events of the first game.

“We were able to get a wide variety of experiences and really unique characters and viewpoints while still paying respect to the lore of the Crash franchise,” Studdert said.

The gamble seems to have paid off, as Crash Bandicoot 4: It’s About Time has been met with a wave of strong reviews upon its October 2 release.

Crash Bandicoot 4: It’s About Time is available now for PS4 and Xbox One.