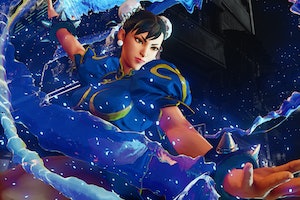 Pandemic-related delays have left us with a rather paltry spring video game lineup.

Before releases start to heat up in May and June, you have a lot of time to try out something new or catch up on your backlog. The fighting game genre is an exciting one to get into right now as well. While this genre has been around since the early ‘90s, it is also a bit daunting to get into because of its focus on complicated combos and mastering specific characters.

If you have a lot of free time this spring, it’s worth picking up a fighting game that interests you and learning all of the ins-and-outs of its intricate systems. There is a fighting game for every kind of player, and these are seven of the best ones currently on the market with active communities.

You probably already know about this crossover fighting game that’s one of the Nintendo Switch’s best-selling franchises ever. Still, if you have tried it out yet, Smash Bros. is a very accessible fighting game that now has over 80 characters from franchises like Mario and Zelda to Metal Gear and Minecraft. It’s a welcoming entry point into the genre but has an avid community and high skill ceiling if you decide to stick with it.

The Tekken series has trailblazer the 3D fighting game subgenre and still remains the premier franchise within it. While this can be one of the most daunting fighting games to get into because of the added third dimension of action, it’s also home to some of the kookiest characters and most satisfying combos of any fighting game. If 2D fighters aren’t for you, give Tekken 7 a shot.

If you love RPGs or superheroes, you can find a better fighting game than Injustice 2. Set in a world where Superman went evil, this sequel sees all of the good and evil characters team up to take on Brainiac. Injustice 2 even features a gear system that will change how your characters look and give them RPG-like state boosts. You should also try this one out if you watched Zack Snyder’s Justice League and wonder what a world with an evil Superman would look like.

If you’re looking for a fighting game that where every strike counts, you’ll love Samurai Shodown. It deemphasizes combos when compared to other fighting games and puts the focus on things like disarming opponents making powerful strikes with special moves. If you want to try a slower-paced, more atypical game in the genre with a distinctive style, Samurai Shodown is your best choice.

Dragon Ball FighterZ is one of the most beautiful games ever. Arc System Works uses a special art style that faithfully captures the look and feel of the Dragon Ball anime and manga. On top of that, it’s a fast-paced team-based fighter where you can always do something that looks flashy. This is another solid entry point to the genre for anime and manga fans or those looking to try a team-based fighting game.

Mortal Kombat is infamous for its over-the-top gore and fatalities, but it’s still a satisfying and enjoyable fighting game to master. Mortal Kombat 11 has rich lore and is still actively supported by its developer. DLC has also made it a Smash Bros. for boomers by featuring action heroes like Rambo, Terminator, and RoboCop. If this gory fighting game sounds appealing to you, try it out before the Mortal Kombat movie comes to theaters and HBO Max in April.

More like this
Gaming
8.7.2022 3:00 PM
You need to play this forgotten sci-fi classic on Nintendo Switch ASAP
By David Grossman
Gaming
8.6.2022 4:00 PM
Forget Stray — this Xbox Game Pass indie is one for the dog lovers
By Mo Mozuch
Gaming
8.2.2022 5:55 PM
28 years later, the most subversive RPG feels more relevant than ever
By Hayes Madsen
Related Tags
Share: