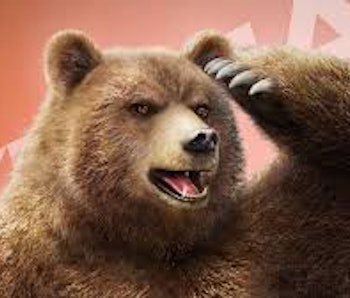 A good fighting game can attract new players with interesting characters and easy-to-comprehend controls. But they should also have enough depth that skilled players will invest the effort into mastering it to maintain a lively competitive scene. Tekken 7 is a game that manages to do both while paying homage to one of the longest-running and most popular fighting game franchises that features many different wacky characters ... including some bears.

The Tekken series is a 3D fighting game franchise that started in arcades all the way back in 1994. It was one of the first 3D fighters in existence, and its intense hand-to-hand combat has stood the test of time. Tekken 7 was first released back in 2017 and features a story that's supposed to serve as the culmination of every game before it.

Tekken 7 features the final showdown between the father and son at the heart of the franchise:: Heihachi and Kazuya Mishima. At the same time, it makes several innovations to gameplay with its Rage Art special moves and flashy presentation that will slow down time for the most visceral and important attacks.

While you might be a bit lost if you've never played another Tekken game before, Tekken 7 is the most accessible game in the series. Its story is full of bombastic moments and gives you lots of opportunities to get accustomed to the controls and appreciate the game's flashy presentation.

Newcomers will also enjoy the wackier aspects of the game. While the game mostly plays it straight like a serious action movie, it still features tons of over-the-top characters and costumes, like a bear named Kuma that can go toe-to-toe with any human on the roster. It's an odd but loveable balance that only series like Tekken and Yakuza can get right.

Things get even weirder with the DLC characters, which include some crossover fighters. If you ever wanted to see Negan from The Walking Dead fight Noctis from Final Fantasy XV or a giant bear while they're all dressed in silly outfits, this game lets you experience those bizarre matchups.

While the game contains a lot of systems that are fun to mess around with alone, the real meat of the metagame comes when you take things online. The aforementioned unlockables and frequent post-launch updates keep the game fresh. Over time, as you find yourself getting better and better with the intricacies of its combat, you might even want to go pro.

While 2020 has been a rough year for fighting game esports because of the Covid-19 pandemic and cancellation of EVO, Tekken 7 still has a healthy competitive scene with lots of interest. Even if you don't love playing it, you will almost certainly love watching it. While games like Street Fighter V or Marvel vs. Capcom Infinite have disappointed, Tekken 7 has lived up to and surpassed all expectations for it and is one of the most popular fighting games of the decade.

Give Tekken 7 a shot before it leaves Xbox Game Pass. You might find your next favorite fighting game or esport to watch if you do!

Tekken 7 is available on Xbox Game Pass until January 15.