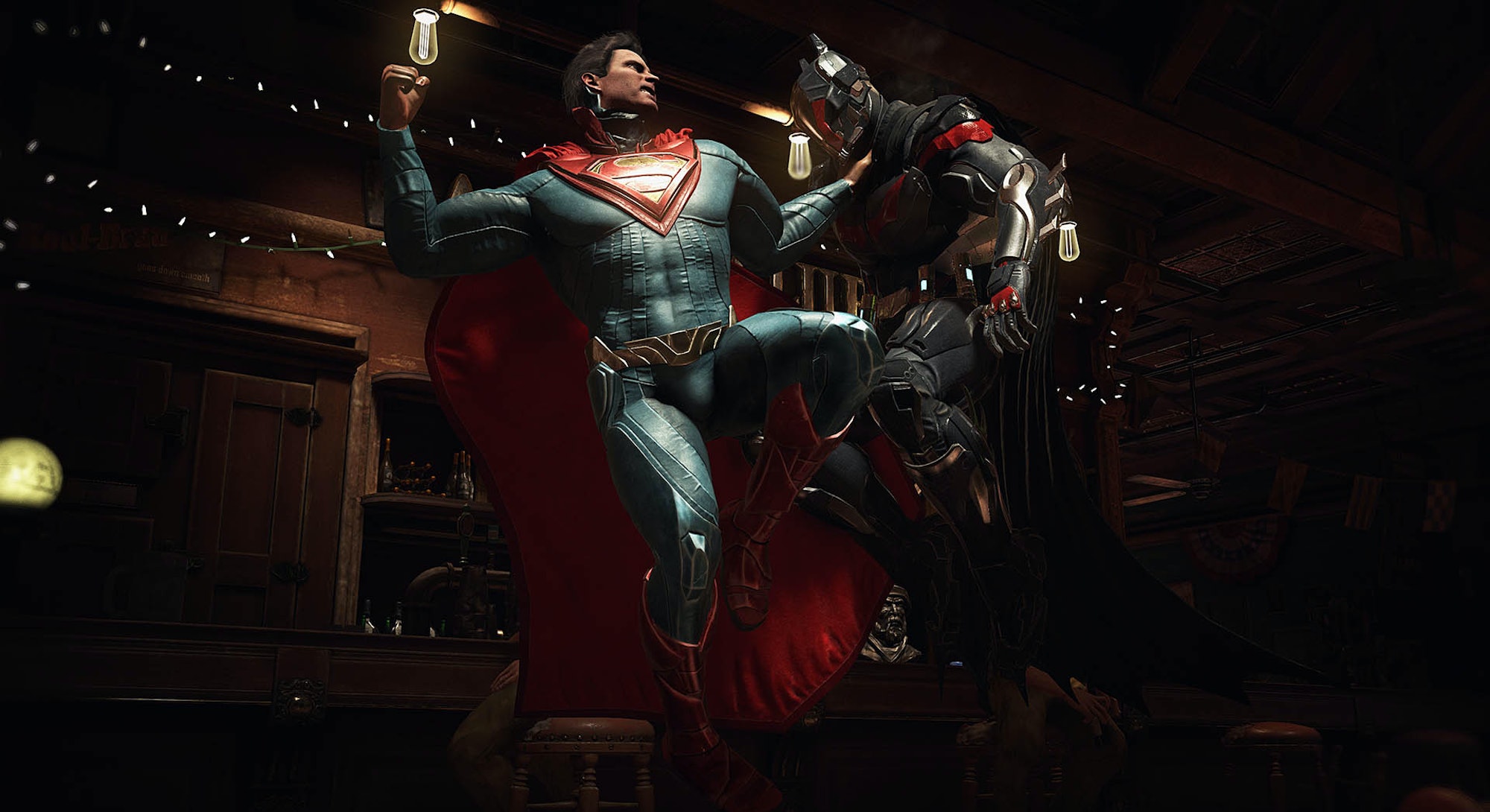 Once again, so much depends upon Superman. As pro video gaming gets bigger — and more profitable — seemingly with every passing week, the future of “esports” appears to rest on the Man of Steel’s ability to make gaming more accessible, one punch at a time.

The key to the growth of esports seems to rest on two factors: Familiar characters and an easy-to-understand format. Enter Injustice 2, 2017’s hit fighting game that stars DC Comics superheroes like Batman, Wonder Woman, and Superman.

On Friday, the final matches for the world championship of Injustice 2 in the ELEAGUE, a professional eSports league, took place (later to be aired on TBS) in Atlanta, and the competitors — Christian “ForeverKing” Quiles, Ryan “Dragon” Walker, Denom “f0xyGrampa” Jones, and Sayed “Tekken Master” Hashem Ahmed — vied for the title and recognition of world champion as well as a $250,000 prize pool, with $150,000 for first prize.

None of the resulting drama would translate if these gamers were engaged in a complicated game, which has long created a high barrier to entry for esports. One of the most popular esports games, League of Legends, is wildly popular and addictive and fun, but first-time viewers of the multiplayer online battle arena competition can be taken aback at the volume of activity and its seeming complexity. That’s not the case with Injustice 2, which can be best described as Mortal Kombat with comic book heroes. The action is accessible as a boxing, says NetherRealm Studios director (and Mortal Kombat co-creator) Ed Boon.

“It’s such a simple concept," Boon says. "It’s a boxing match. It’s two characters on screen, beating each other up. The one who depletes the opponent’s power bar down to zero first, wins. That’s easy to grasp.”

By comparison, most other esports games resemble the mayhem of the NFL. Says Boon: “If you don’t know the rules, you see a bunch of guys running around. You don’t know what’s going on.”

Boon’s sentiments are echoed by Christina Alejandre, ELEAGUE General Manager and VP of Esports at Turner Sports and a game industry veteran of fifteen years. “They’re 1v1,” she says. “There’s not a ton going on. Some games get complicated when you watch them.”

Injustice 2* is still just two familiar characters pummeling each other over and over, until it’s over. “Someone like your grandmother, if you tell her Supergirl and Wonder Woman are about to battle on screen, maybe your grandmother might go, ‘Oh, I like that.’”

"It’s a boxing match. It’s two characters on screen, beating each other up. That's easy to grasp."

Launched in 2016 by Turner and IMG, ELEAGUE quickly rose to become one of the most-watched esports promotions, with a wide reach, thanks to Turner. By 2020, the esports industry as a whole is expected to bring in more than $1.8 billion worldwide, based on a report released this year by Newzoo. The industry’s audience is equally staggering — 191 million this year, 286 million in 2020 — which is reasoned by the fact esports is accessed more through online streaming than broadcast cable, where traditional sports reside (and the latter of which carry high subscription fees). There’s also a wider diversity of games in esports, with League of Legends and Dota 2 being industry staples and Counter-Strike: Global Offensive, Overwatch, and Street Fighter V rising in popularity this year alone.

But none of those games have Superman. Since 2013, Warner Bros., which also released Injustice 2 through its subsidiary Warner Bros. Interactive, has wielded a major blockbuster franchise based on its DC properties. Though the critical reception has been mixed, films like Man of Steel, Batman v Superman: Dawn of Justice, Suicide Squad, and the better-received Wonder Woman have grossed a combined total $3.1 billion worldwide. Justice League, which will be released later this month on November 17, is expected to be another money-maker with a $120 million opening weekend in the U.S.

“This generation of players, comics is not their main memory of those characters,” Boon observes. “It’s Superman from one of his movies, or Batman from the Chris Nolan movies. The reality is, a lot of the younger players had their first exposure through a medium other than comic books.”

This phenomenon isn’t new to ELEAGUE. Last year, when ELEAGUE first branched out from shooter games into fighting games with a Street Fighter V invitational, the promotion enjoyed a windfall audience who recognized the colorful characters of Street Fighter better than the faceless soldiers of Counter-Strike.

In its first season with Counter-Strike, ELEAGUE boasted a large audience that tuned in through 25 million live streams on Twitch and “nearly 19 million” who tuned in on TBS. Then, in March 2017, it was time for Street Fighter V, a dramatically different game with a different audience than Counter-Strike. “We were very worried that the ELEAGUE audience we had wouldn’t stick,” Alejandre explains to Inverse. She admits everyone behind the scenes were concerned. “We were worried we would lose half our following.”

But the gamble worked: “We grew by 50 percent,” says Alejandre, of the Street Fighter V tournament.

The mainstream familiarity towards Capcom’s Street Fighter, Alejandre believes, made ELEAGUE’s Street Fighter V invitational a success. “I remember playing Street Fighter in the early ‘90s,” she recalls. “There’s a throwback. I remember Chun Li and Blanka and Ryu. People my age who have kids into games, this is something I could share with them because I remember those characters.”

Now, ELEAGUE has similar hopes for its Injustice 2 World Championship, which wraps this month. With a character roster that appeals to both casual moviegoers and hardcore comic book fans, Injustice 2 may be anything but kryptonite for the emerging sport.

“Batman is cool whether you first saw him in a comic book or the Tim Burton movie,” says Boon, who says that unlike other fighting games, the DC characters compel even pro players to pick favorites over strategic choices.

“If a player loves a character, even though it might not be the best match against another character, there’s an affinity and comfort [to these characters]. It’s amazing how much emotional connection these professional players have.”

Superman is expected to return on the big screen in Justice League later this month. But Boon hopes he’ll appear on computer screens everywhere tomorrow.

Correction: An earlier version of this article had several minor factual errors, including mention of a $250,000 prize (it was a $250,000 prize pool with a $150,000 grand prize) and Christina Alejandre being a veteran of ten years, not fifteen. This article reflects those changes.