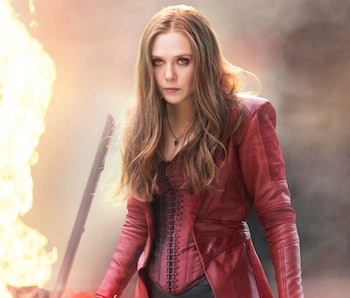 Marvel’s upcoming Disney+ shows will be the first three series on the streaming service to tie directly into the next phase of Marvel movies. However, it’s still unclear how each one will stand on its own, beyond setting up new events for the broader MCU. WandaVision is likely far more than a bridge to Doctor Strange in the Multiverse of Madness, and a new leak may reveal the key ways in which the upcoming Disney+ shows will improve the MCU.

A somewhat sketchy leak from Murphy’s Multiverse claims WandaVision could have more than six episodes. An alleged stuntperson’s resumé lists work on a ninth episode. Though unconfirmed by official sources, this seems to suggest the full season consists of ten episodes. That would be more on par with Netflix and Hulu. That’s a far larger scope than we'd previously known.

With more time for storytelling, WandaVision could add more depth to the MCU's supporting characters. Disney+ shows can refocus storytelling energy on the smaller plots that have been overlooked in the recent crossover movies.

Potentially getting ten episodes to tell Wanda and VIsion's story would provide fans with a far better understanding of their motivations and powers. A rumored appearance from Evan Peters (who played Quicksilver in the X-Men movies) could even tell us more about Wanda’s past. So, when Scarlet Witch returns to the MCU, she'll be more of a fully realized character and that will only add to the dimensions of whatever plot Kevin Feige has in store for her and Phase Four.

WandaVision might also expand upon the superheroes’ everyday lives. What does life look like when the threat of Thanos isn’t looming? How do people really feel about the Avengers? We briefly saw the aftermath of a post-snap timeline in Spider-Man: Homecoming, but WandaVision and the other Disney+ shows may handle the details far better.

The Disney+ shows have the chance to tell a far richer story, taking things down a notch and expanding upon the world the MCU films have already built.That could strengthen the remaining films and make for more rewarding movies to come.

WandaVision, The Falcon and the Winter Soldier, and Loki were all in the midst of filming when pandemic shutdowns suspended production in March. While Disney has not reported any delay in the series’ release date, it’s possible WandaVision will get pushed back to next year.

However, there’s some good news for another Disney+ show. Per Variety, the Czech Republic has exempt U.S. cast and crews from its travel ban. That suggests that Falcon and the Winter Soldier, which had been filming in Prague, may head back to filming sooner rather than later. For now, we can only wait.

WandaVision premieres in December 2020 on Disney+.