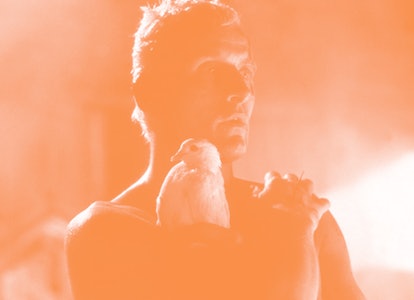 Few great science fiction movies don’t take place in outer space. Eternal Sunshine of the Spotless Mind, Back to the Future, and Ghostbusters are just a few that meet this arbitrary criterion.

But if we’re talking about what complete immersion into an Earthbound science fiction film can feel like, no one can beat the aesthetic power of this Ridley Scott classic.

In 1982, Blade Runner wasn’t as popular as other famous fantastical films released the same year. Because it was competing with Tron, E.T., and The Wrath of Khan, Blade Runner did not become remotely mainstream for a long time. And yet, its artistic quality holds up in a way that feels almost impossible.

Blade Runner: The Final Cut is finally streaming on Netflix. Here’s why you should watch it and what to look for even if you’ve seen the film a million times. Very light spoilers ahead.

In Blade Runner, certain artificial humans called Replicants have false memories implanted to create automatic backstories. The movie itself plays a similar, brilliant effect on its audience. When you watch the film for the first time, it feels like you have a memory of having seen this kind of science fiction movie before.

The familiarity of the noir-cyberpunk imagery is effective not because it seemed like a revelation in 1982 but it somehow seemed accurate. When the words: “LOS ANGELES 2019” appear on the screen at the start of the film, the city itself becomes a kind of character.

Make no mistake; Blade Runner would not have been popular without its rain-drenched, depressing future cityscape. Had the movie been set in an unnamed future city, it wouldn’t have worked. It’s also hard to imagine Blade Runner having the same impact in a cyberpunk New York. In the 2017 sequel, Blade Runner 2049, director Denis Villeneuve tried to make Las Vegas work with the original film’s vibe with mixed results.

The importance of the visual aesthetic of Blade Runner cannot be overstated. Everything about the universe of Blade Runner works because it makes us feel a certain way: the flames in the distance, the ominous quasi-pyramid of the Tyrell Corporation, the impractical skyscrapers, and the cavernous nature of Deckard’s (Harrison Ford) apartment.

Even William Gibson — a novelist who basically invented cyberpunk on the page — used “blade runner” as a verb, noting that a certain kind of building was “blade runnered.”

Who do we have to thank for why Blade Runner looks the way it does? The answer is complicated, but it comes down to director Ridley Scott, production designer Lawrence Paull, and the work of futurist Syd Mead, whose art also influenced Scott’s Alien. Combined with the haunting and minimalist score from Vangelis, the immersion into the Blade Runner world is the key to understanding why the movie is so unique and why its style has become so widely imitated.

Meanwhile, the plot of the movie — a detective tracking down rogue Replicants — is second to the world-building. In fact, if you’ve never seen the film, you may often forget that Deckard is supposed to be solving a mystery and shooting Replicants. His reluctance to do his job correctly is part of the film's ethos, naturally, but if you’re not paying attention to why the plot is happening, you’re not really missing anything.

Blade Runner is very much style over substance. This isn’t to say the substance isn’t excellent, but the film gets a little too much credit for being an intellectually “deep” science fiction film. However, the movie does ask basic questions about what it means to be alive, so it certainly earns some of that philosophical cred.

But again, that’s not why this is a sci-fi cult classic. Saying Blade Runner is good because it asks interesting science fiction questions makes it sound like you haven’t seen the movie. That compliment could be paid to the Philip K. Dick novel Do Androids Dream of Electric Sheep? upon which the movie was based. And yet, even the biggest defenders of Dick’s prose would never accuse any of his books of being beautiful. Smart? Yes. Transgressive? You bet. Ahead-of-their time? Nope.

Part of why Blade Runner is an excellent piece of science fiction cinema is how it captures the moodiness and ruminative nature of Do Androids Dream of Electric Sheep? But the film sublimates its source material into a new kind of art form: a movie that looks and feels like “Blade Runner.”

If you’ve never seen Blade Runner, the version on Netflix now — The Final Cut — is an ideal way to watch it. Infamously, the theatrical release was saddled with a noir voiceover that has been debated to this day. (Endlessly!) But The Final Cut is the perfect way to experience the film because there is simply less explaining.

Blade Runner: The Final Cut allows the film to get out of its own way and to envelop the viewer in this world fully. Even if you’ve seen it a million times, the power of it won’t be lost like tears in the rain. Instead, the movie is like a tear you can never wipe away, no matter how hard you try. It feels good. It feels bittersweet. That’s Blade Runner.

Blade Runner: The Final Cut is streaming now on Netflix.