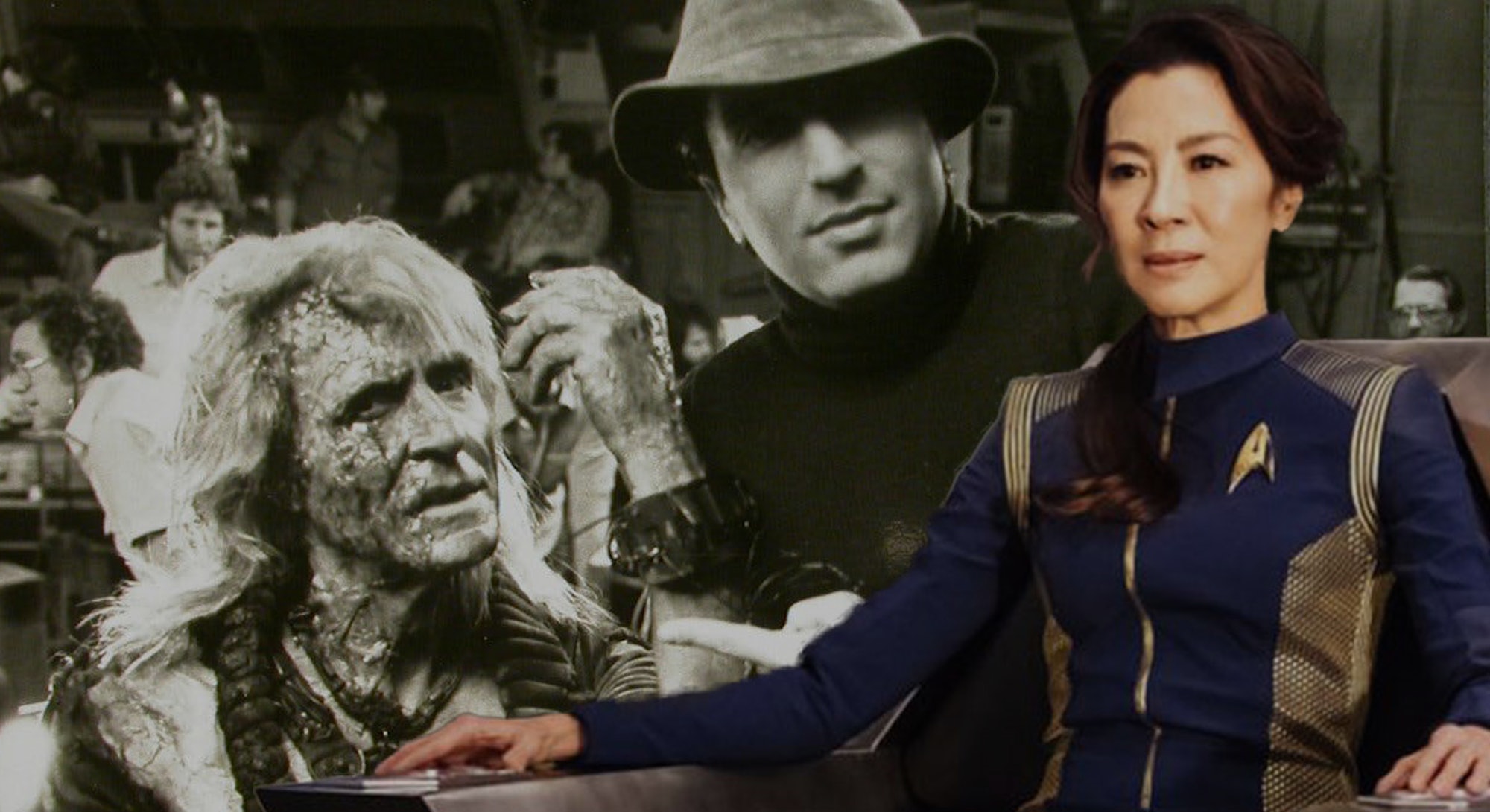 Nicholas Meyer — the legendary director and writer of Star Trek II: The Wrath of Khan — doesn’t view writing Star Trek as just a job. It’s a way of expressing himself on a personal level. “Writing is a reflexive way of dealing with my own anxieties or neuroses,” he says. “When in doubt, pick up a pencil. And when in real doubt, pick up an eraser.”

After years away from the final frontier, Meyer has returned as the Consulting Producer of the series Star Trek: Discovery, the latest iteration of the mega-franchise launching this Sunday on CBS All-Access. Speaking to Inverse on the phone from Los Angeles, Meyer explains that though his initial role on Discovery was “just another writer in the room,” as the series evolved he became “the consultant.” And then, in an effort to downplay his impact or title, he says, “I would sort of put in my two cents every once and while.”

Determining the actual value of “two cents” from Nick Meyer is tricky. Even Spock would have a hard time calculating the huge lasting impact of Meyer’s writing style and themes on the totality of the Trek franchise. In The Voyage Home (co-written by Meyer) Dr. McCoy explains to Spock that Admiral Kirk is more comfortable with Spock’s guesses than “other people’s facts.” This might be a good place to start with how much Nicholas Meyer changed Star Trek. His masterful helming of The Wrath of Khan elevated and matured the sci-fi franchise to a level of mainstream acceptance it had never before experienced.

The New York Times review of The Wrath of Khan written by Janet Maslin in 1982 began with the words “Now this is more like it.” What Maslin and the rest of the world noticed about Meyer’s flavor of Star Trek was this: an adherence to visual realism, a love and understanding of character-driven drama, and a mix of literary themes — like Moby Dick and Shakespeare — that seemed to inform and color Trek in complex ways. When Meyer wrote and directed Star Trek VI: The Undiscovered Country in 1991, the entire plot of the film was political, mirroring the breakdown of the Soviet Union at the time. Back then, the Klingon Empire was Trek’s metaphor for the Russians. But now, with the Klingons set to return in Star Trek: Discovery, Meyer asserts that those analogies aren’t necessary anymore.

“I think the beauty of most allegorical associations is that it’s better for the viewer if you don’t supply a glossary that says Klingons equal Russians or whatever,” Meyer says. “I think the best of the Star Trek writing doesn’t really need to specify these things deliberately. So, viewers can achieve their own associations. You don’t necessarily need an allegory. Everything changes, including, by the way, the Russians.”

Though a lot of the best post-1982 Star Treks have emulated beats from The Wrath of Khan (just count the number of times space ships hide in nebulae after that) Meyer hasn’t actually been involved with the franchise since 1991’s Undiscovered Country. And, he was genuinely surprised to be invited back into the fold by Bryan Fuller, Discovery’s first producer. But coming back to write for Star Trek: Discovery meant much more to Meyer than just a paycheck. “I discovered that Star Trek could be a vehicle for self-expression,” he says. “I could discuss issues that were on my mind.”

Somewhat candidly, Meyer also reveals that he had recently turned down Hollywood writing work because of a lack personal interest in an unnamed project. “I was offered at one point to work on a movie series of something I totally didn’t understand and I said no,” he says. “And it’s a multi-billion dollar franchise. But I never watched it and I wanted no part of it. You have to be able to look yourself in the mirror and feel good about what you do.”

In 2016, at the Mission New York Star Trek convention, Nicholas Meyer told a crowd of Trekkies to “get loose,” in regard to worries about canon discrepancies in Star Trek: Discovery. “When I came onboard to Star Trek II, I didn’t care. I redesigned the uniforms. I sort of refashioned it in my own image.” But, Meyer has a defense for this, even though it may not jibe with a hardcore nerd interpretation of canon. Instead, Meyer says he looks at the entirety of Star Trek as though it was “the text of the Catholic mass.”

“The text of that mass, as it exists in Latin is sort of chiseled in stone,” he says. “But there have been many musical arrangements of that text, by innumerable composers. And it sounds completely different every time. But the words are the same. But you don’t really know you’re listening to the same thing because the emotional reaction or impact is so profoundly affected by the music. So, Star Trek has a text, it has an entire world. It has certain characters. And you can expand it and contract it, but you’re basically functioning offf Roddenberry’s Federation and its various spinoffs. And that’s the music. That’s all the different music. And so, my music is a little different.”

The entirety of Star Trek: Discovery won’t be set to the “music” of Nicholas Meyer exclusively. The writers’ room of the show is vast and in addition to Meyer’s Consulting Producer credit, Discovery is also produced by Aaron Harberts, Gretchen J. Berg, Akiva Goldsman, and Alex Kurtzman. Still, Meyer’s involvement with Discovery lends an artful intelligence to the next bold enterprise of Trek’s future. Tasha Yar said Captain Picard had the “heart of an explorer and the soul of a poet.” Nicholas Meyer might be similar: a Hollywood screenwriter with the soul of a classic novelist. Among all of those who have written and crafted Star Trek, only Nicholas Meyer could sum up his experience with Trek by talking about the meaning of art, life, and Tolstoy.

“Tolstoy said that the purpose of art is to teach you to love life,” Meyer tells me. “Which is I think is a satisfying definition. And in that sense, the purpose of science fiction — being also art — is about teaching us to love life, and to value existence as precious and wonderful.”

The first two episodes Star Trek: Discovery will premiere on CBS All Access on Sunday, September 24.

If you liked this article, check out this video on why Klingons look different in Star Trek: Discovery.