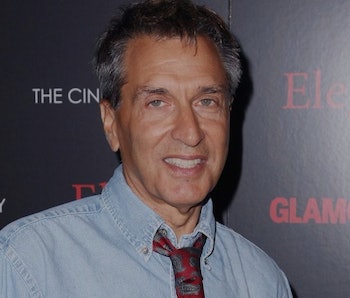 “He found a space in the original chronology where there was room to maneuver,” Meyer said, and then related this decision to his own experience in writing Sherlock Holmes novels. “You always are looking for gaps in the chronology.” Meyer went on to call the decision on Fuller’s part “very clever,” while fellow writer Kirsten Beyer said that even though the show will be set during a future era created in the 1960s that Discovery will “”Honor the integrity[of the original Star Trek] without looking silly.”

“All art is the product of the time it was made in,” Meyer said, “No matter how futuristic we are, we’ll look dated in 10 years.”

Right before the discussion, Mission New York was treated to an exclusive preview video message from Bryan Fuller. While the video didn’t show any new footage from the hotly anticipated show, Bryan Fuller did mention that the new starship was named partially in honor of the real-life NASA space shuttle Discovery, but also for the space ship in Stanley Kubrick’s 2001: A Space Odyssey.

Kirsten Beyer also announced that Simon and Schuster and IDW will release tie-in books and comics which will correspond to the continuity of the new TV show, a first in Star Trek history.

When a fan asked Nicholas Meyer and Kirsten Beyer to “not screw up” the next iteration of Star Trek, Meyer encouraged all Trekkies everywhere to manage their expectations.

“Everybody should lower your expectations…fans don’t know what’s best for them” he said, and went on to reference his previous work on Star Trek II: The Wrath of Khan and how fans didn’t want Spock to die at that point, but it ended up being fantastic. Kirsten Beyer supported him and said “Everybody working on the show wants what you want.”

Star Trek: Discovery will debut sometime early in 2017 via CBS and CBS All Access.