"Customers have spoken loud and clear." 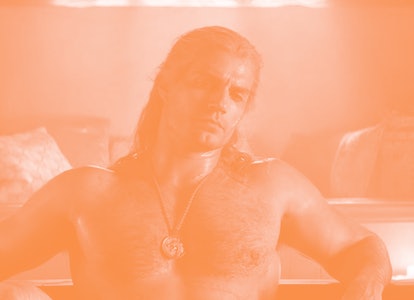 Netflix changed TV forever when it started releasing new shows in one binge-ready bundle rather than on a weekly schedule, but seven years later, we've started to wonder if that strategy is backfiring.

Serving up all eight episodes of The Witcher at once might make a splash, but excitement around the show fades away as soon as fans have finished their binge. By comparison, Disney's decision to release The Mandalorian on a weekly basis kept Baby Yoda in the zeitgeist for months. Netflix seems to be testing out a more traditional model with a few of its reality shows, including The Circle, Love Is Blind, and the latest season of The Great British Bakeoff. However, according to the company's chief content officer Ted Sarandos, Netflix isn't moving away from its binge model anytime soon.

"Customers have spoken loud and clear that they really like the all in one model," Sarandos said at the company's Q1 2020 earnings call. "So I don’t see us moving away from that meaningfully."

Netflix is a data-driven company, and Sarandos had the data to back it up. He noted that while Love Is Blind was a hit with its staggered schedule, the company's latest binge-ready release has been even bigger.

"On our competition shows, we had enormous success with Love is Blind, which had a staggered release," Sarandos said, "and then we just released Too Hot to Handle, which is on track to be probably our biggest competition show ever, and it was released all at once. We believe that consumers like the control of all at once and they can watch at their own pace, but we keep testing it to see if it impacts the viewing one way or another, or more importantly, the satisfaction one way or another."

It's unclear how Netflix measures "satisfaction," but if Sarandos says that all-in-one produces better results, you can expect that strategy to continue. In other words, don't expect a weekly schedule for The Witcher Season 2 or Stranger Things Season 4.

Sarandos also noted that Netflix's binge-focused strategy is actually helping the company weather the coronavirus pandemic. Because shows need to be filmed so far in advance to release all at once, the streaming service's 2020 had already finished shooting before Covid-19 shut down productions around the world.

As far as we know, production on the new seasons for major hits like Stranger Things and The Witcher are still on pause. However, Sarandos did reveal that filming has resumed in South Korea and Iceland.

“We’re currently in production in Iceland and Korea," he said, "and we’re taking some of those key learnings about how we’re running production today and applying that to our plans to start up our productions around the world.”

The Netflix exec wouldn't say which shows or movies, in particular, are being filmed in those countries, and your guess is as good as ours. At least one episode of Black Mirror was filmed in Iceland, but there's no reason to believe the anthology show's sixth season is in production. And while Geralt of Rivia would fit right in against Iceland's epic landscape, we're pretty sure Henry Cavill is practicing social distancing just like the rest of us.