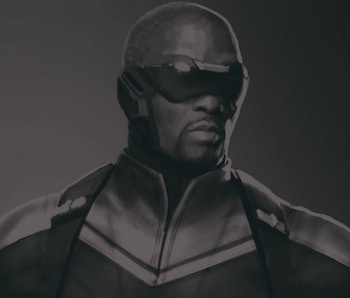 The Marvel Cinematic Universe currently has 23 movies under its belt and more on the way. However, the MCU has grown to include plenty of TV shows, including ABC’s Agents of S.H.I.E.L.D. and Netflix’s now-canceled Marvel series like Daredevil. While these TV offerings had little connection to the larger MCU (or to each other), the upcoming Disney+ series seem to be changing that. A new WandaVision leak teases a strong connection with Falcon and the Winter Soldier and the MCU more broadly.

Beyond the Disney+ Super Bowl teaser, very little is known about the streamer's Marvel slate, which also includes Loki, Moon Knight, and She-Hulk. We already know that WandaVision and Loki will both play into the plot of Doctor Strange 2. Now it seems Falcon and the Winter Soldier may be more closely connected to WandaVision than we initially thought.

In the brief footage from Falcon and the Winter Soldier, Anthony Mackie’s Sam Wilson is seen throwing Captain America’s shield. Knowing that Steve Rogers passed it onto him at the end of Avengers: Endgame, the shield’s appearance on the show makes a lot of sense. But, according to Mackie, WandaVision will also include a shield.

So what’s the deal? Here’s what the actor had to say about it in a recent interview with The Daily Beast:

Considering that a large part of WandaVision probably won’t even take place in the real world, it’s possible that the shield is simply a part of Wanda's memories of Captain America. Perhaps his shield was lying around somewhere and Wanda catches a glimpse of it inside her mind or dreamscape.

However, if the shield training is for an actor or stunt double on WandaVision, it’s possible the two shows have a much stronger connection. After all, why would anyone on WandaVision need shield training — or need a shield at all, for that matter? Perhaps someone from The Falcon and the Winter Soldier makes a guest appearance on WandaVision. At the very least, the show’s plots might somehow intertwine.

Loki might take that connection a step further. Recently, a set leak teased another MCU actor was filming for the series starring Thor’s mischievous brother. While the actor’s name wasn’t leaked, it was hinted that the letter “S” was a part of their first and last names. It’s a bit of a stretch, but there’s always a chance that the actor filming for Loki was none other than Sebastian Stan. (Then again, the leaker didn't say those names began with S, so it could be almost anyone: Tessa Thompson, Chris Evans, Scarlett Johansson, Chris Hemsworth... the list goes on.)

If the mysterious actor was Stan (and that’s a big if), it solidifies the connection between all three shows ahead of Marvel Phase 4. After all, these are all characters introduced in movies before getting their own TV shows, so it's a safe bet that there are bigger tie-ins at play. Ultimately, the potential connections between the shows are just further evidence that MCU fans might have to tune into the Disney+ series to stay up to date with the shared universe.

WandaVision and Falcon and the Winter Soldier both premiere on Disney+ later this year.