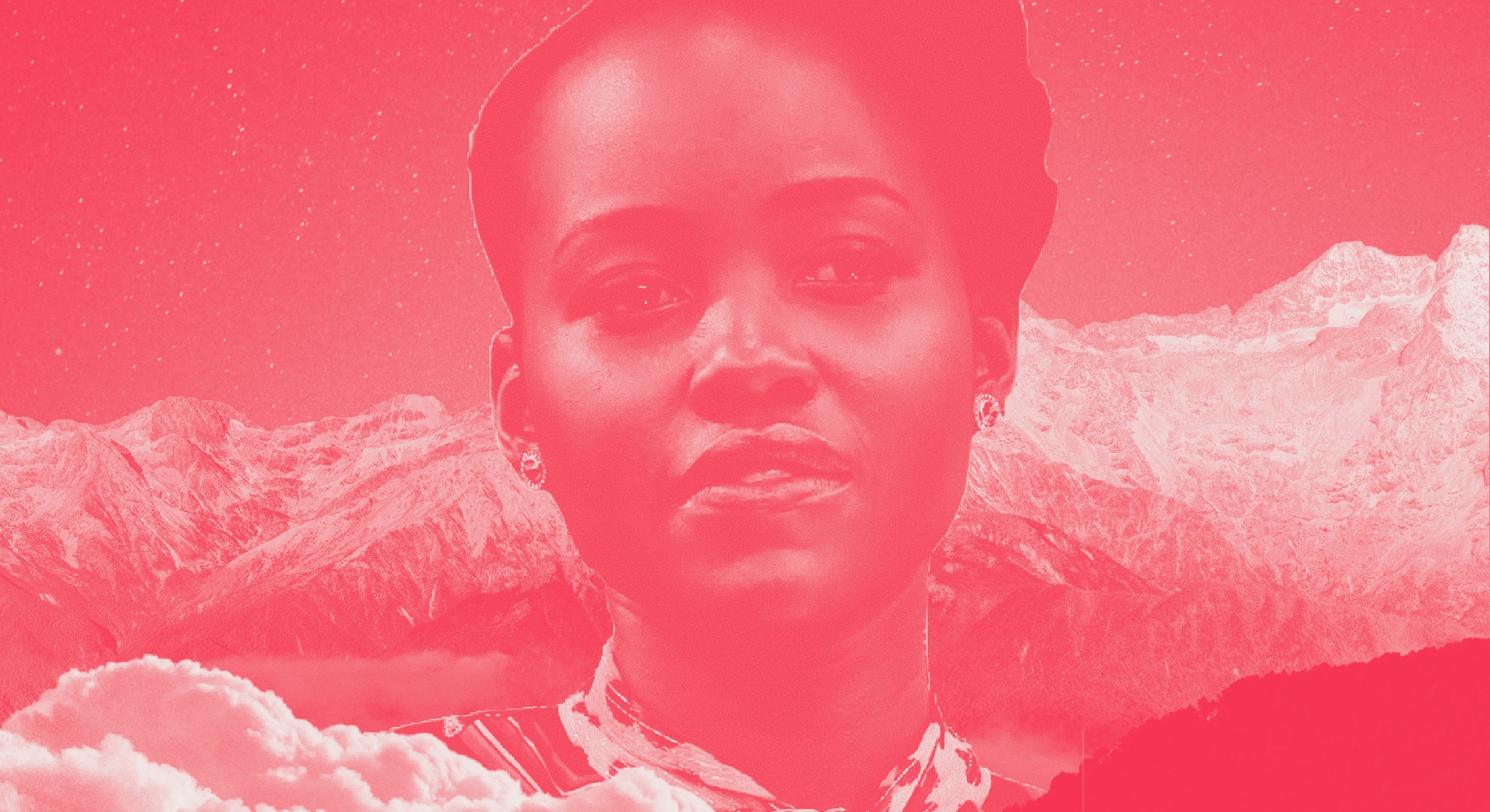 Some movie performances are so iconic that just looking at a screenshot can make you hear them in your head. Robert De Niro repeating the words “You talkin’ to me?” in Taxi Driver, for example, or Darth Vader’s heavy breathing in Star Wars. Last year gave us another one of these moments, thanks to the perfect combination of horror maestro Jordan Peele and Academy Award-winning actress Lupita Nyong'o.

Just tell me you can look at a picture of Nyong'o in that red jumpsuit, her hands clutching a pair of scissors, her cheekbones glimmering in the night, and not immediately hear Red’s slow, throaty, almost asthmatic delivery of the words: “We’re Americans.”

To be fair, Winston Duke’s angry moaning is a close second, but there’s something undeniable about Nyong'o’s talents. From the moment she first broke into our collective consciousness with 12 Years a Slave — her first feature film that won her Best Supporting Actress at the 2014 Oscars — Lupita’s been an unstoppable force in the movie industry, and one who elevates every role she takes.

Lucky for us, despite her accolades, Nyong'o hasn’t shied away from geeky genres like sci-fi and horror. She seems to leap at fun, blockbuster roles like the irrepressible Maz Kanata in Star Wars or Nakia, aka the only badass capable of taking down the Black Panther in his own Marvel movie. In the last decade, Lupita’s also appeared in a few less memorable films, like indie zombie film Little Monsters and Liam Neeson vehicle Non-Stop, but she finished the decade strong with Jordan Peele’s Us, released in March, 2019.

Not quite as in-tune with the zeitgeist as Get Out, Us is a movie that rewards multiple viewings. It’s a layered tapestry of metaphor and criticism aimed at the United States (Us ... U.S. ... get it?) that only comes into focus after a couple of rewatches or a lively conversation with friends.

That can make Us a bit difficult to appreciate the first time you see it (maybe that’s why Jordan Peele’s second horror movie got ignored by the Oscars, or maybe it’s because it lacks the white guilt element that pushed the Academy to nominate Get Out), but the one thing holding Jordan Peele’s second horror movie together at its core is Lupita Nyong'o’s dual performance as Adelaide and her Tethered doppelgänger, Red.

When we first meet the adult version Adelaide she’s represented as the perfect mother, a beacon of black excellence telling her kids they can be anything they want to be. But that facade begins to break down when they arrive at the California beachtown where she experienced a childhood trauma, and it crumbles completely once her evil twin shows up (doppelgänger family in tow) and steals the show.

The fact that the movie’s biggest twist — that (spoilers) Red and Adelaide actually switched places during childhood — manages to actually be a surprise in Us is a true testament to Nyong'o’s talent as an actor. Lupita does the heavy lifting, setting up the primary mystery (what do these doppelgänger want?) and then providing the exposition that brings us home. Along the way, she provides iconic moments that horror buffs will be discussing for decades (from Red’s opening speech to the look of pure horror on Adelaide’s face to their final confrontation underground).

In hindsight, it’s no surprise that Nyong'o provided some of the best genre acting of the decade, elevating what could be unexciting characters in Disney’s neverending franchises into memorable heroes we still think about today. But with Us, Lupita re-established herself as perhaps the most important actor in all of Hollywood, and one who may finally break down the remaining barriers between “serious” film and genre movies in the decade to come.