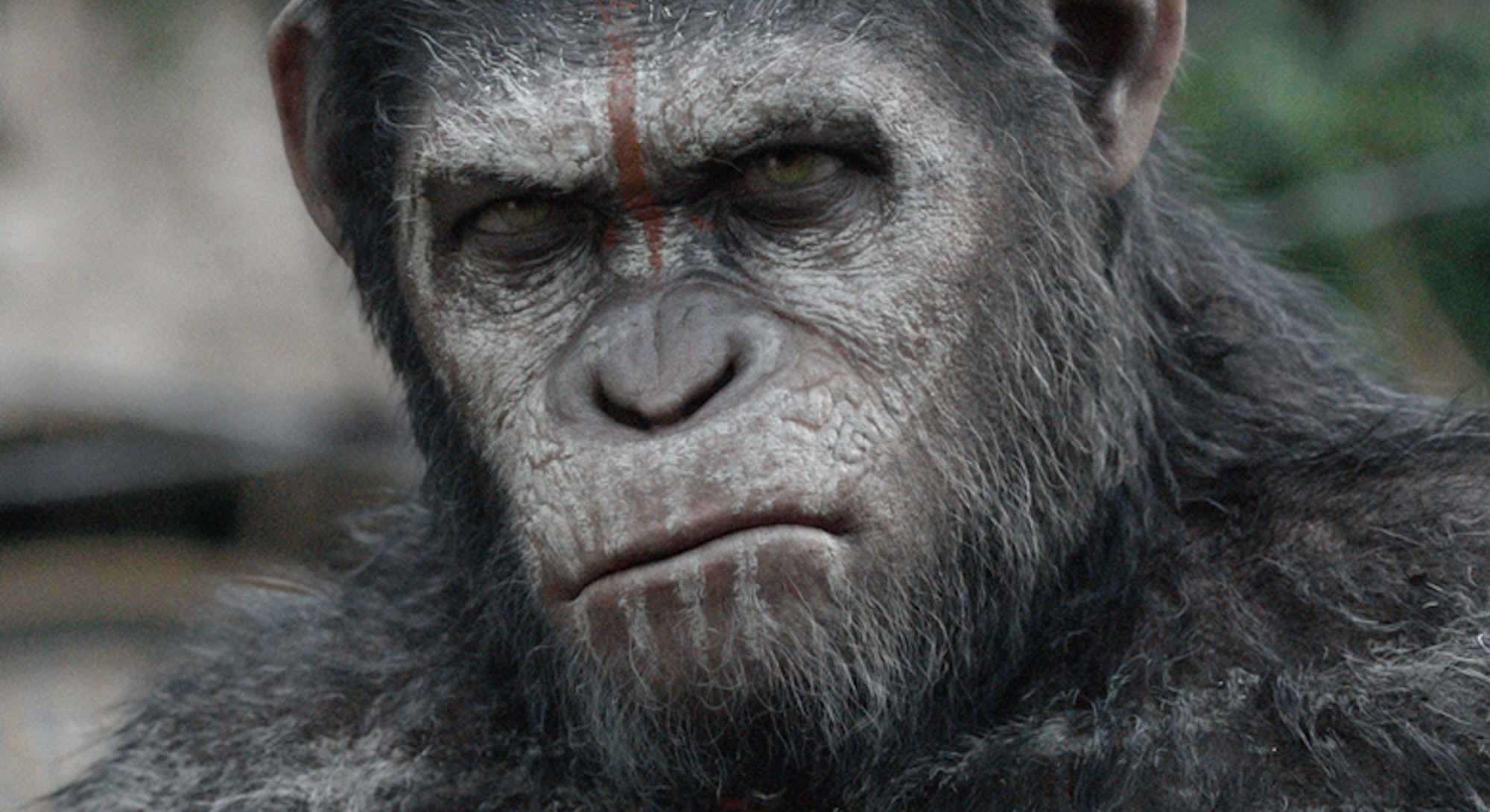 Rise of the Planet of the Apes came out in August 2011, and found itself sandwiched by the heralds of a coming era, Thor and Captain America: The First Avenger.

By 2017, the third-and-final War for the Planet of the Apes slumped alongside a similarly fallen Transformers: The Last Knight, both were spectacles of bleakness and dumbness in waning franchises. They gave way, at last, to the Disney era.

The rebooted Planet of the Apes trilogy -- Rise of, Dawn of, and War for -- accomplished something we’re unlikely to see in the coming decade of fan service and sequels. It contemptuously damned us, right to our stupid faces.

Before Rise of the Planet Apes ends, chimpanzees are poached, machine-gunned, Tased, and experimented upon. Caesar (Andy Serkis), the ape whose origin story is told in the movie, loses his mother on the day of his birth, when she is gunned down on a corporate conference room table.

The horrors grew with the series, from Gary Oldman setting chimps aflame with a rocket launcher in Dawn (2014), to the bullet-broken heads of Caesar’s wife and oldest son in the opening of War (some of the deadest bodies since poor Aunt Beru and Uncle Owen). In the final film, apes are crucified, summarily executed, starved, and beaten. Caesar chokes the life out of a gorilla named Winter (Aleks Paunovic), but only after it’s made quiveringly clear the beautiful albino primate’s betrayal was only ever motivated by fear.

In a decade where studio blockbusters perfected mass audience palatability, the rebooted Planet of the Apes is a surprisingly fatalistic detour.

Unlike Avengers: Infinity War, which shows a mainstream thirst for dark endings to the human story, Planet of the Apes sates it without any of the guardrails erected in time for the 2020s. The Apes trilogy is remarkable for all it doesn’t have.

Missing is any mention of global warming, or its frequent blockbuster companion: a refutation of any action that would upset the existing world order. It’s also striking how empty it is of protest imagery, or any of the other shortcuts to political commentary found in so many blockbusters from 2016 onward.

Would anyone really be surprised if some future Apes reboot introduced a demagogic ape with a flaxen bouffant?

A rewatch of the series in 2020 is refreshing for how it stays focused on how terrible we are, a rarity with current blockbusters. In Rise, even the “good guys,” like James Franco’s Will, march in lockstep toward their own extinction. By the final movie, War, humans are a violent rump species.

The original Planet of the Apes, released in 1968, the iconic ending is also bleak, with Charlton Heston’s Taylor collapsed before the proof of humanity’s ruin, smashing his fists into the sand and shouting -- at us -- ”Goddamn you all to hell!" But it’s played as a Twilight Zone twist (the ending was thought up by Rod Serling), after more than 90 minutes of dark comedy. The formula would persist throughout the five-movie series.

That’s not the case with the 2010s reboots, which could never be confused with satire, and hardly crack a smile through three movies. Even as the ape society overcomes every threat -- eventually arriving at a Biblical paradise in the Americana mold -- the human antagonists cast their dying shadow over every victory.

Disney has already announced a future entry in their recently acquired series, but don’t expect to stare extinction in the face with the same intensity -- the Planet of the Apes of the 2010s is as dead as Caesar.