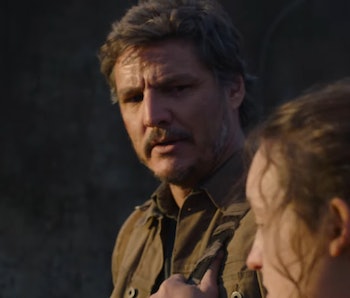 The Last of Us Part II currently holds the record for the most Game of the Year awards in history with 261 total accolades. If you’ve got that much of a hit on your hands, there’s no way you’ll slow down.

While we await the inevitable video game follow-up, HBO is producing a prestige television show based on the hit franchise. HBO announced the television adaptation for The Last of Us in March 2020. The series will be produced by Game Director Neil Druckmann and Craig Mazin, creator of HBO’s hit mini-series Chernobyl. Rather than a straightforward adaption, the series will adapt and expand upon the Last of Us universe in interesting ways that’ll be exciting for fans and newcomers alike. Here's everything we about HBO’s upcoming The Last of Us television series.

When is the Last of Us release date on HBO?

Alongside a September 2022 teaser trailer, HBO confirmed a loose timeframe of “2023” for the series premiere, but then in early November 2022, the game’s developer Naughty Dog confirmed a release date of January 15. That date had been leaked the day prior to the announcement, however.

Production on The Last of Us began in July 2021, according to an Instagram post from actor Gabriel Luna. Filming reportedly wrapped in June 2022.

Post-production and editing can take many months depending on the scope of the project. The seven-episode Game of Thrones Season 7 wrapped filming in February 2017 and then premiered in July 2017 five months later. Then consider something like The Witcher Season 2, which consists of eight episodes that concluded filming in April 2021 to then drop on Netflix in December 2021 eight months later. HBO Max chief content officer Casey Bloys told the Hollywood Reporter in July 2022 that the release of The Last of Us will be “closer to early 2023.”

As it turns out, that will indeed be the case. The Last Of Us Season 1 will have spent only about six months in post-production before airing.

Is there a Last of Us trailer?

HBO released the first “Teaser” on The Last of Us Day 2022, which occurs on September 26 every year. In the universe of the games, that’s the day that the Cordyceps infection reached critical mass. Check it out below:

To the tune of “Alone and Forsaken” by Hank Williams, we see plenty of key moments from the first game — and a little bit of the “Left Behind” DLC. Many of the early scenes take place in the quarantine zone of Boston, where the game begins. In one tense scene, Joel hides from a Clicker zombie with Ellie and Tess. There are also a few shots from the game’s prologue in which Joel and his brother struggle to survive on Outbreak Day.

An interesting new development confirmed by this trailer is that the HBO series will include flashbacks not featured in the game as a way to flesh out the game’s story. As a “Teaser,” this trailer doesn’t really have a coherent throughline and instead delivers a ton of shots without context. Fans of the game will of course be able to recognize a number of key moments, however.

The Last of Us is an award-winning video game series developed by Naughty Dog. It takes place in a post-apocalyptic world that went into ruin after a 2013 mutant Cordyceps fungus outbreak created zombie-like creatures around the world. The original Last of Us mostly takes place 20 years after the initial outbreak, focusing on a haggard, middle-aged smuggler named Joel. He's tasked with protecting a child named Ellie who may hold the key to saving humanity.

In such a grim world, there’s more than the fate of humanity at stake, however.

The Last of Us shares a lot of common DNA with Naughty Dog's other hit video game series, Uncharted, in its overall approach to exploration and combat. But it focuses more deeply on developing its robust, complex, and flawed characters. The story falls squarely in the realm of a pandemic apocalyptic science fiction, and it's more complex than a "zombie video game."

Who is in HBO's The Last of Us cast?

We currently know a few characters that will appear in The Last of Us on HBO. Joel will be played by Pedro Pascal, who is known for his work on The Mandalorian, Narcos, and Game of Thrones. Ellie will be played by Game of Thrones' Bella Ramsey. It was announced in April 2021 that Joel’s brother, Tommy, will be portrayed by actor Gabriel Luna. You might know Luna for his previous role as Robbie Reyes in Agents of S.H.I.E.L.D. or for portraying Rev-9, the antagonist in Terminator: Dark Fate.

It was announced in May 2021 that actress Merle Dandridge, who played and voiced the rebel leader of the Fireflies named Marlene, would reprise the role in live-action for the series. Nico Parker was cast as Joel’s daughter Sarah in late June 2021.

Deadline reported in July 2021 that actress Anna Torv would play Tess, a smuggler who is Joel’s companion early in the game. And earlier that month, Deadline also reported that Jeffrey Pierce and Murray Bartlet had joined the series. “Pierce will recur as Perry, a rebel in a quarantine zone,” the article reads. “Bartlett guest stars as Frank.”

Interestingly, Pierce voiced Joel’s brother Tommy in the game but his character in the show, Perry, is new to the franchise. Talking on the To All the Films We Judged Before podcast, Pierce hinted that his character is “part of a brand new branch that has huge implications for things that did occur in the game” and that the plot will “will unveil things that attach to the game.”

Despite originally announcing that Con O’Neill would be playing the role of Bill, the latest footage from the show reveals Nick Offerman in the role. Variety reports that O’Neil had to pull out due to scheduling conflicts.

At Summer Game Fest 2022 Druckman took the stage to introduce two of the show's actors. Surprisingly, Ashley Johnson and Troy Baker, the original voices of Ellie and Joel, joined him. It was revealed that the two will be making appearances in the upcoming HBO show in an undisclosed role. Picking out Johnson and Baker will be a nice treat for fans of the game.

The show will be helmed by Last of Us’ co-creator and game director, Neil Druckmann, in collaboration with Craig Mazin. Kantemir Balagov is also slated to direct at least the first episode. Carolyn Strauss, who also worked on Chernobyl, and Naughty Dog’s President, Evan Wells, will serve as executive producers.

What is the story of HBO's Last of Us series?

It seems like Season 1 will cover some or all of the first game. In it, Joel is a survivor living in the Boston quarantine zone who is tasked with escorting Ellie — a young girl immune to the virus — to members of the Fireflies rebel group. They have to trek all the way across the country in search of them, meeting and fighting a number of different people along the way. The thrilling conclusion hinges on a crucial choice Joel makes that makes anyone wonder what is worth sacrificing for the fate of the world.

More like this
Gaming
November 28, 2022
Nier:Automata Ver1.1a is far more complicated than a game adaptation
By Willa Rowe
Gaming
November 29, 2022
Super Mario Bros. release date, trailer, cast for the Nintendo animated film
By Hayes Madsen, Jess Reyes and Jen Glennon
Gaming
Dec. 1, 2022
Blaseball is back: Everything you need to know about the new season
By Robin Bea

This article was originally published on March 12, 2020