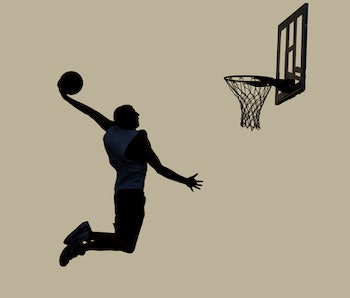 Before I target my “alternative neural circuit” ahead of the holidays, let’s get caught up on the most interesting science and technology news from Inverse, the coolest place to get smarter.

But first: Remember that iPhone 11 Pro and AirPods Pro giveaway from last week? You were all so excited, that we’re leaving entries open for this week too. All you need to do is enter your email here.

“There’s no question that the proliferation of cameras in our public spaces has the real potential to invade privacy and chill people from exercising their constitutionally protected rights, like free speech and association.”

— Jay Stanley, a senior policy analyst with the ACLU.

Could you power the United States entirely from solar energy? Sure, claims tech entrepreneur Elon Musk.

The Tesla CEO, whose company provides solar panel solutions like the Solar Roof, shared a video via Twitter on Saturday of the electricity-generating tiles taking a beating from a hammer. One fan responded to Musk’s video with a 2011 quote from Bill Gates, who described solar and similar technologies as “cute,” but that the answer is in nuclear power.

Musk hit back at the quote by describing Gates’ assertion as “def wrong.”

Athletes’ bodies have never been more scrutinized. Just look at the average pro athlete physique of 50 years ago compared to the champions of today, who see their every treadmill sprint and gym flex analyzed. But long overlooked has been the brain and its role in claiming the win. It turns out, people who play sports have healthier brains that better process sound than non-athletes, according to the findings in a study published this week in the journal Sports Health.

Regularly taking part in athletics helps us “turn down” the chaos in our brains and also helps us navigate non-sports related life more efficiently. This sound processing optimization advantage may also be helpful in preventing injuries and even heart problems, the research team hypothesizes (though they did not investigate that outcome in this research).

“No one would argue against the fact that sports lead to better physical fitness, but we don’t always think of brain fitness and sports,” Nina Kraus, the study co-author, said. “We’re saying that playing sports can tune the brain to better understand one’s sensory environment.”

So, can dunking a basketball quiet your brain?

The junk in your childhood bedroom could have real psychological benefits. Going home for the holidays is always fraught with emotion, and nowhere does that come to the fore more than in your childhood bedroom. If your parents have taken the cryogenic preservation route (i.e. they can’t be bothered changing it), then your bedroom is likely exactly as it was when you flew the nest — complete with prom photos, angsty band posters, and basketball trophies. Steel yourself for the crushing wave of nostalgia that inevitably follows.

For some of us, nostalgia can be acute — so acute, in fact, that it has a bearing on how we think and act in the present day. We asked the experts why your childhood bedroom gets you every time.

Oh, and if your parents turned your old room into a home gym, you’ve now got a solid, science-backed reason to be mad about it. Nostalgia could hold some surprising benefits for our mental health.

Scientists are set to send a fleet of 50 mermaids out onto the high seas to analyze and uncover some of the biggest secrets about the Earth’s inner workings.

If images of something out of The Little Mermaid come to mind, rest assured it involves a fair fewer human-fish combinations. These MERMAIDs, also known as Mobile Earthquake Recording in Marine Areas by Independent Divers, are floating sensors that act as seismometers.

A team working with the South Pacific Plume Imaging and Modeling program announced Thursday plans to send 50 of them out into the Pacific Ocean.

Go deeper into these oceans stories:

Kickstarters are for all sorts of things — office gadgets, restaurant concepts, smart bicycle locks — but this one could really take root.

Flash Forest, a reforestation company based in Toronto, Canada, is raising money on Kickstarter to “rapidly accelerate the rate of tree planting and ecological restoration on a planetary scale.”

The company intends to use drones to shoot nutrient-packed pods into the Earth from above in order to grow new trees. “Each of our pods contain at least three pre-germinated seeds, mycorrhizae, fertilizers, and of course … our secret sauce. We aim for an average of eight different species to ensure we build healthy ecosystems. Not monocultures,” the company writes.

To learn more about the Flash Forest project, and to see a video, check out their Kickstarter page.