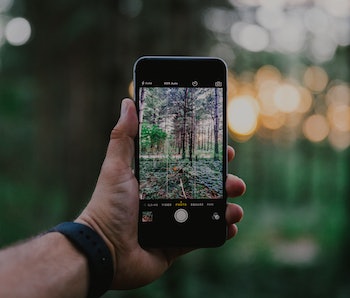 In less than a week’s time, the iPhone 11 is expected to take the center stage. In the space of just a couple of hours, Apple will have to explain to the world why consumers should spend hundreds of dollars on their latest device.

Based on current rumors, that could prove difficult. The phone is expected to come in three variations: a 5.8-inch OLED version, a 6.1-inch LCD version, and a 6.5-inch OLED version. These devices act as successors to the iPhone XR, XS and XS Max. They’re also expected to retain the same basic design, with a face scanner and a gesture-based interface that ditches the home button. It’s a design that first debuted with the iPhone X in 2017.

Unfortunately for Apple, it’s hard to sell consumers onto the latest phone when it basically looks the same as the previous year’s device. It’s encountered this problem before. While the processors grow faster every year and minor tweaks make daily use that little bit nicer, Apple has focused on a headline-grabbing almost-invisible main feature to communicate that the phone has some big changes despite looking the same:

It’s perhaps worth noting that, just four years later, Apple is rumored to drop that last feature. The pressure-sensitive display was removed from the iPhone XR, replaced by a long press to enable those same functions, a change that’s expected to reach all three iPhone 11 devices.

This problem of trying to sell identical phones has grown in scale as consumers hold onto devices for longer and Apple adapts its release schedule accordingly. The iPhone 7 in 2016 retained the same basic design as the iPhone 6 and 6S.

The iPhone 11 is expected to be unveiled at an event at Apple’s Cupertino campus on Tuesday, September 10 at 10 a.m. Pacific time. As Apple gears up to release a phone with the same design for the third year in a row, here’s how it could convince consumers that it’s worth opting for Apple’s latest and greatest.

3. A Camera That Rescues Your Photos From Disaster

Apple has long focused on making the camera as easy to use as possible. The company highlighted the iPhone 5S’ automatic camera abilities when it launched in 2013. This covered a dynamic low light mode to automatically improve the colors in darker photos, a dynamic local tone map to automatically change the tones in different parts of the image, and automatic image stabilization.

The iPhone 11 could take this logic to a new level. The phone is expected to feature a triple-lens camera on the rear for the two most expensive models, adding a wide angle to the existing standard and telephoto lenses. The aim, according to rumors, is the phone could use A.I. to automatically fit in subjects and people into a photo even if the photographer accidentally cut them off at the edge.

A smarter camera than ever before. Could it entice consumers to upgrade?

The iPhone 7 officially introduced waterproofing to the lineup for the first time, offering a rating of IP67. That means the phone can survive being under around three feet of water for a maximum of 30 minutes. Cue a stream of YouTubers throwing their phones under water to demonstrate the new feature.

The iPhone 8 brought wireless charging to the lineup for the first time, using the Qi standard to enable users to drop their phone on a pad and top up the battery at a moment’s notice. Wireless charging has also surfaced on the Apple Watch and AirPods.

Reports about the iPhone 11 suggest it could offer reversible wireless charging, adding battery charge to devices by placing them on the rear. This would mean that users could top up their compatible headphones or smartwatch even if they left the cables behind, and could also mean travelers only need to take one cord with them on trips.

These features may convince some buyers that the new lineup will solve one of their major gripes with current smartphones. But rumors point to a broader redesign in 2020, including 5G connectivity and a smaller screen on the lower end. With these reports circling, will some buyers hold off?

More like this
Innovation
5.7.2022 12:00 AM
The 5 best iPhone battery cases
By Masha Vapnitchnaia
Innovation
5.8.2022 12:30 PM
How the new Large Hadron Collider experiments could change physics forever
By Sarah Wells
Innovation
5.13.2022 11:00 AM
These robots have one special skill that could make human chefs obsolete
By Sascha Brodsky
Related Tags
Share: