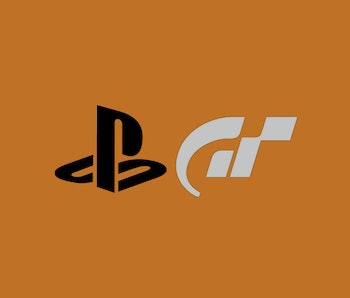 The PS 5’s virtual reality readiness will be a major selling point. Whether a headset comes included or not, the PS 5 will tout VR-centric graphics capabilities and orient itself toward more serious, hard-core gamers. That’s great news for racing franchises like Gran Turismo.

With the 2017 installment of the video game, Gran Turismo Sport, prided itself on hyper realistic car models, but it also included a brief virtual reality level for those with PSVR hardware. In a recent interview, the creator of the series praised the PS 5’s next-gen specs and said they would unlock the game’s VR and graphics potential.

Japanese game designer and CEO of Polyphony Digital, Kazunori Yamauchi, also revealed some juicy details about a previously unannounced follow-up to Grand Turismo Sport. While he didn’t hint at its name or release date, he did tease unprecedented VR features during a Tuesday interview with GTPlanet.

“The first thing that’s going to be affected by more power is VR,” explans Yamauchi. “I don’t think that there’s anything else that requires that much processing power. I’m one to believe in the possibilities of it, and it’s very suited for a driving game. [It’s] is something that really depends on the evolution of GPU power, and the hardware for it.”

Yamauchi didn’t explicitly say the next Gran Turismo title will launch on the PS5. But this seems all but certain. Polyphony Digital has launched 15 versions of the since 1997, and all of them were exclusive to the PlayStation console. Not launching Gran Turismo on the PS 5 would be a huge break with precedent, and all the more strange considering Yamauchi’s remarks could be reasonably interpreted as praise for Sony’s specs-focused strategy.

The system is expected to launch late in 2020 and will be powered by a bleeding-edge CPUs and GPUs made by semiconductor giant AMD. These internals will provide unmatched console graphics and lightning-fast loading speeds to make racing in Gran Turismo smoother and more lifelike than ever before. Plus, Sony has been rumored to be working on a follow-up piece of PSVR hardware to go alongside it.

Multiple patent documents have hinted at a potential wireless PSVR headset that could launch with or after the PS5. This could complement the console’s revolutionary graphics with a fully immersive VR experience without any wires. The introduction of high-caliber console graphics and seamless VR experiences is exactly what Yamauchi has been waiting for.

Ahead of the launch of Gran Turismo Sport in August 2017, he told Finder.com.au that Polyphony Digital was preparing for the next-generation of consoles.

“It takes six months to create a single car,” Kazunori Yamauchi, CEO of Polyphony, told Finder.com.au. “It’s over-specced for PS4 Pro. So we are building for future versions of the console rather than the one we see today.”

The PlayStation’s iconic racing game has been gearing up for the PS5 for years now. 2020 could bring the most incredible iteration of the title gamers have ever played.