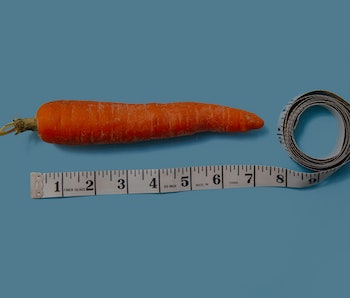 The “F-Factor” diet made its first waves in 2006, when nutritionist Tanya Zuckerbrot debuted her eating plan and lifestyle manual, The F-Factor Diet: Discover the Secret to Permanent Weight Loss. But recently, the diet championed by the likes of Megyn Kelly and Katie Couric has a stable of celebrities shelling out sometimes thousands to learn about the alluring appeal of that famed “F.”

The F in the “F-Factor” stands for fiber — a naturally occurring substance that’s abundant in plant cell walls. Fiber is severely lacking in American diets, which are made up largely of processed foods that transform ingredients into flavorful, cheap, and easy to swallow components. The FDA argues that most Americans should get roughly 25 grams of fiber per day, but the F-Factor Diet takes this recommendation a little further: Eat four small, fibrous meals per day — with a recommended total of 35 grams of fiber in phase one — and good things, including weight loss, will follow.

Adherents to the F-Factor Diet have shared many cases of their weight loss success, even beyond Couric and Kelly. And in truth, there are benefits to focusing a bit on fiber, says Lisa Sasson, an associate professor of nutrition and food studies at New York University who actually taught Zuckerbrot in graduate school. But not necessarily for the reasons you might think:

“It’s nothing magical,” she tells Invese. “It’s about eating a more plant-based diet.”

Fiber may not be magical, but there is good evidence that it’s beneficial for health. In January 2019, a meta-analysis of 243 studies published in The Lancet noted that those with the highest amounts of dietary fiber intake reduced risks of death from heart disease (and death from any cause) between 15 and 31 percent. They also reduced the risk of coronary heart disease, stroke, type 2 diabetes, and colorectal cancer between 16 and 24 percent. Overall, those authors suggested that eating between 24 and 29 grams of fiber per day was optimal for reducing health risks.

While the F-Factor plan touts these benefits, it’s really about weight loss, just like any other diet plan, including the keto diet and the carnivore diet. There’s promise there too, adds Sasson. “Fiber has a lot of wonderful qualities. One of them is that it fills you up, and makes you feel satiated,” she says.

There are two types of dietary fiber. There’s soluble fiber, which can be partially broken down during digestion, and there’s insoluble fiber, which remains largely intact as it moves through the body. Both types are sometimes referred to as “roughage” or “bulk” — in short, they occupy a greater volume in the stomach, increasing satiety after consuming less calories overall.

That principle was outlined by Barbara Rolls, Ph.D., the author of the 2005 Volumetrics Eating Plan and the director of Penn State’s Laboratory for the Study of Human Ingestive Behavior.

But the bigger factor behind fiber’s impact on weight loss, explains Sasson, is that naturally fiber-rich foods tend to be healthier in their own right and are less calorie dense to begin with. Some of the best sources of fiber, Sasson adds, are vegetables, whole grains, and beans. In other words, stuff we should really focus on eating anyway.

“Foods that naturally have fiber tend to be very healthy,” she explains. “Fiber is something that’s natural in plants. The point is that we advocate for people to eat more plant-based foods.”

The real magic behind the F-Factor Diet comes down to a tried and true piece of advice, says Sasson: Try to eat natural, non-processed foods. F-Factor founder Zuckerbrot has also noted this: “The F-Factor diet is all-natural. Forget the frozen meals; just eat whole natural foods that are high in fiber, nutrient-dense, and delicious,” she wrote.

But her program does also sell high fiber alternatives to the processed foods we just can’t give up — like birthday cakes and peanut butter granola bars, but the latter go for $35 for a box of 12. The real benefits of focusing on fiber don’t come from chasing fiber for fiber’s sake, adds Sasson. Rather, it’s about seeking the nutrient in its natural form, like vegetables, fruits, whole grain pasta, brown rice, or sweet potatoes

“That’s how we should eat, and that’s how we always ate until we had these advancements in manufacturing products,” Sasson says. “We used to eat diets that were very high in fiber because foods weren’t processed. They were real foods. Not foods made in a laboratory or ultra-processed foods.”

"We used to eat diets that were very high in fiber because foods weren’t processed, they were real foods."

Still the F-Factor Diet does allow a lot of wiggle room, including the consumption of carbohydrates. That may make it more sustainable than other diet trends, as some fans of the F-Factor on Twitter can attest.

In the end, the idea that fiber is a secret key to nutrient responsible for weight loss is just window-dressing — the heart of the benefits of the F-Factor diet really come down to changing how we cook and how we choose what to have for dinner.

“We can cook non-fibrous foods quickly, so people like them,” says Sasson. “High fiber diets aren’t usually very quick, but there are ways you can make them quick. You can cook rice in a rice cooker, you can soak beans overnight and cook them the next day. You can soak some chia seeds overnight in some water or milk or soy milk or coconut milk. You can do bulk cooking, stir fry, or steam vegetables.”

But sometimes it takes the support of a community to help someone make that change. With nearly 76,000 followers on Instagram, and 11,000 on Twitter, support for those eager to try the F-Factor Diet isn’t in short supply — even if that elusive F-Factor itself is one of the oldest tricks in nature’s nutritional arsenal.

More like this
Mind and Body
8.17.2022 6:05 PM
Does chewing gum burn calories? The answer may be hard to swallow
By Allison Parshall
Mind and Body
8.7.2022 10:00 AM
Nordic Diet vs. Mediterranean Diet: The health benefits of eating like a Viking, explained
By Duane Mellor, Ekavi Georgousopoulou and The Conversation
Mind and Body
8.14.2022 3:00 PM
Cultivating 2 habits in your 30s may boost mental health in old age
By Sarah Sloat
Related Tags
Share: