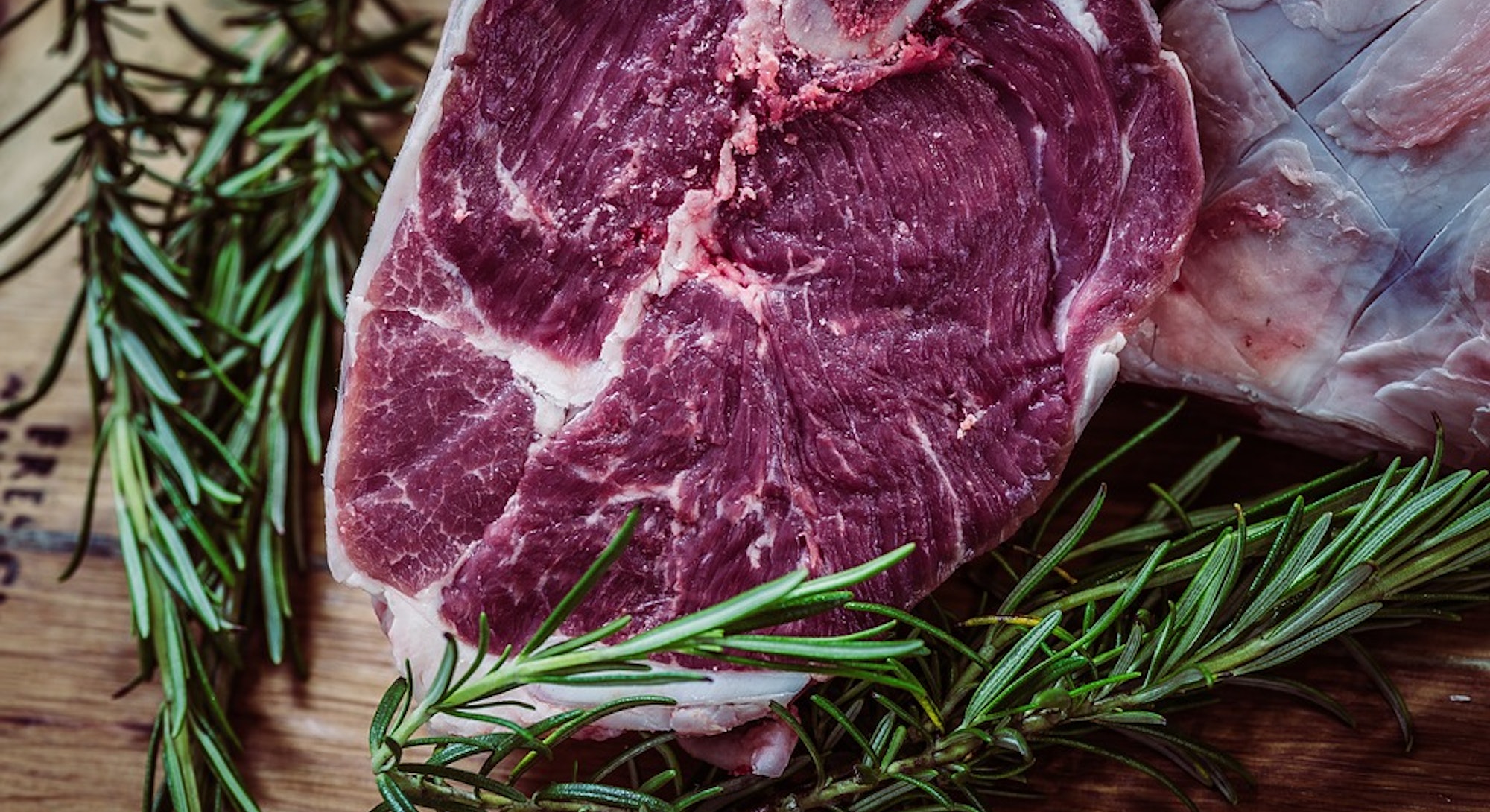 The increasingly popular “carnivore diet” is exactly what it sounds like. Acolytes renounce vegetables, fruit, carbohydrates, and supplements in favor of one thing: meat. It’s said to have myriad effects, not limited to weight loss, relief from depression, and restoration of autoimmune health. But unlike the popular paleo and keto diets, there’s something a little different about the carnivore diet and its significant following. Some of its proponents are calling for a revolution.

One particularly outspoken carnivore is Shawn Baker, a former orthopedic surgeon whose license was revoked, a self-described “multi sport world record setting athlete,” and carnivore diet “revolutionist” who says the truth the “flies in the face” of what we’ve been told about meat for decades.

“I eat mostly steaks, red meat, hamburgers. Sometimes I’ll eat fish,” Baker, who says his diet is 98 percent meat, tells Inverse. He has a prolific social media following and moderates Facebook’s 20,000-member strong World Carnivore Tribe, in a conversation with Inverse. For a man in his fifties, he appears insanely fit.

He’s somewhat of an inspirational figure for other fans of the diet, some of whom post about their health gains on meatheals.com, another site he moderates. “I love this movement because it goes against what every pompous doctor ever thought was true,” writes a 20-year-old devotee called Patrick Fain; “I am blessed that I get to eat a ribeye any time I damn well please,” writes the once-illness-plagued David S.

A 57-year-old man called Tony Simpson says: “I’m free and out of the closet, and all I can say to the flower children who advocate vegetarianism is, don’t let your cat out at night, because if the time ever comes when I cannot lay my hands on a beautifully marbled rib steak, all bets are off.”

While it’s not unexpected that the diet has many mainstream doctors and nutritionists worried, what’s more surprising are the reasons carnivores refuse to care.

“I am blessed that I get to eat a ribeye any time I damn well please.”

The reason the carnivore diet is so arresting is because most people believe that eating a lot of meat is not good for you. Years of PSAs have touted the importance of a well-balanced diet. Michelle Obama’s White House vegetable garden was a celebrated symbol of her healthy “Let’s Move!” campaign. President Donald Trump’s diet of steaks and burgers is often mocked.

Nutrition experts like Dr. Lawrence Cheskin, founder of The Johns Hopkins Weight Management Center, and Dr. Travis D’Souza, a senior resident who works with him, are just a few of many health professionals who can explain why the carnivore diet is a bad idea.

“Having a varied diet is so important,” D’Souza tells Inverse. “I would say this is not yet advisable. A meat-only diet can’t give you something like vitamin C, for example. Perhaps with proper supplementation this could be a reasonable thing to do, but there are also other risks of high red meat consumption.”

Baker is neither convinced by this advice nor by the guidelines handed down by the World Health Organization, which has warned of the potential carcinogenicity of eating red meat. He has his own sources of information.

“There’s all this information out there that’s really demonized red meat, and it’s never been based on people eating just meat. It’s just ridiculous how they did that,” Baker says.

“So many people are having success and I think that flies in the face of what we’ve been taught about conventional nutrition.”

Baker maintains that there are no modern studies that investigate the effects of eating a solely meat-based diet. For the most part, this is true. “There haven’t been any studies done specifically on this diet, but from previous studies, what we do know is that it lacks many of the key nutrients crucial to living a healthy life,” D’Souza says.

There was one study, Baker notes, pointing to a Journal of Biological Chemistry paper published in 1928 entitled “Prolonged Meat Diets With a Study of Kidney Function and Ketosis.” In the study, three participants vowed to give up all food except meat for a year. Only two of them succeeded, and the third dropped out after ten days. The results of this study are similar to short-term promises of the carnivore diet. Within the first week, the two men lost weight:

During the 1st week, all three men lost weight, due to a shift in the water content of the body while adjusting itself to the low carbohydrate diet. Thereafter, their weights remained practically constant.

The researchers conclude that both men survived their year of living off meat without any large health effects. But modern scientists aren’t convinced that, just because two men in 1928 didn’t die after eating only meat for a year, their expertise and nearly a century of new research is undermined.

The truth is that switching to an all-meat diet really can make people rapidly lose weight. But scientists are more concerned with the long-term impacts of meat-eating, like higher mortality risk. D’Souza points to a study published in JAMA Internal Medicine in 2016 that used questionnaire data from over 1.3 million participants to show that meat eating is “weakly correlated” with all-cause mortality in people who had at least one other risky behavior, like smoking. Notably, this study also found that people who subsisted on plant-based proteins had a lower risk of all-cause mortality compared to their meat-eating counterparts.

Baker has heard of this study and quickly pounces on the paper’s confounding elements, like the so-called “risky” behaviors or the fact that the dietary surveys were self-reported. “So it’s all recollection biases, people trying to pretend what they ate. And then there’s all those confounders,” he says.

He is likewise unsatisfied with the conclusions of a 2015 study published in Gastroenterology that drew a connection between red meat consumption and colorectal cancer, for similar reasons.

In addition to raising skepticism around the grey areas of existing scientific inquiry, Baker turns to sources outside the mainstream medical establishment to bolster his argument for the carnivore diet. He points to Paleomedicina, a paleodiet and paleomedicine “medical group” based in Hungary whose motto is “Get rid of inconvenience of visiting doctors. We cure you.” But perhaps most compelling are the stories of the people who reach out to him online, claiming to have lost weight or staved off disease while on the carnivore diet. Despite what all of the studies say, he maintains he is “in the lowest risk percentile for heart disease.”

The World Carnivore Tribe Facebook page makes it clear that people have achieved many of their short-term health goals with the carnivore diet. Reading them, it may seem as though there really is a hidden magic to meat eating, but Cheskin presents a significantly more plausible explanation.

“Sometimes you get health benefits from what appears to be the diet but in fact it’s the result of losing weight,” he says. “If you go on an all-meat diet and end up cutting calories, maybe you wind up eating a third less calories and you lose weight.”

“Meat isn’t the healthiest diet. Actually, it might be the equivalent of a heart attack diet,” he continues. “But if you lose weight, then you lose some of the risk factors from being too heavy, so it looks like having all meat lowered your cholesterol when in fact if you had the same amount of calories but they were all red meat, then you’d be raising your cholesterol.”

“There are lots of things in the comments about how this makes them feel better,” says Marion Nestle, Ph.D., a professor emeritus of food studies at NYU who edited the Surgeon General’s Report on Nutrition and Health in the ‘80s.

While Baker presents himself strictly as an advocate for alternative nutrition and health, his public presence reveals a more antagonistic anti-establishment streak. On his Twitter page, he calls out “asshole vegan protesters” for forcing a “shitty plant based agenda” down people’s throats and says the “vegan crapaganda” is obscuring the truth. Perhaps unsurprisingly, Baker’s distrust of the mainstream draws many sympathizers (“‘Asshole vegan’ is redundant,” writes one) who seem to consider vegetable-eating as more than just a health choice. The carnivore diet has even been described as a haven for the alt-right.

Baker disagrees with these characterizations, and many members of the World Carnivore Tribe echo his claims that their movement isn’t political. Nevertheless, their distrust of vegetarianism and what it represents to them is clear.

It’s hard to deny that plant-based eating has gained traction over the years, says Nestle. It’s even become a central value in some institutions. The shared workplace startup WeWork, for example, holds company-wide meatless Monday, and the Finnish army is committed to serving two vegetarian meals to its soldiers per week.

“There’s an enormous effort to develop plant-based alternatives to meat,” says Nestle. “Vegans aren’t a huge proportion of the population, but they make a lot of noise and get a lot of attention. They’ve gotten food companies to produce vegans, which is nice.” Plant-based eating is also thought to be better for beating climate change because vegetables have a far lower carbon footprint than animals, and harvesting vegetables doesn’t come with any of the ethical issues surrounding meat farming.

Many see a transition to vegetable eating as progress, but Baker maintains these policies are part of a “plant-based agenda” that is being thrust upon him and is bolstered by the scientific establishment.

“I don’t want to be in a world where my children don’t have the choice, where they’re being mandated that they have to eat vegetarian meals twice a week. Things like schools adopting vegetarian menus? Those things are very problematic in my mind,” he says.

It’s understandable that carnivores may feel attacked, but Nestle explains that, on a macro scale, it’s still the meat industry that wields enormous power, especially in the United States. This past January, the US Department of Agriculture’s Livestock, Poultry and Dairy Outlook predicted that the US would produce will produce 222.8 pounds of meat per American this year, a record in the history of the report. These numbers don’t support the emergence of a plant-based agenda, at least this year.

Like all diets, however, the carnivore movement has been adopted by a variety of individuals, some who share Baker’s views and some who don’t. But the important point, which Nestle emphasizes, is that they are free to eat however they chose, whether that’s veganism or the carnivore diet or, like the majority of people, something in between.

“They can think whatever they want, and if they want to eat that way that’s fine,” says Nestle. “Is it going to be good for them? No. But that’s their choice.”

“Is it going to be good for them? No. But that’s their choice.””