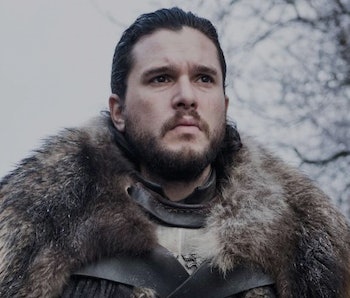 Game of Thrones ended with Season 8, and HBO has made it pretty clear we won’t be getting a direct Season 9-style sequel any time soon, if ever. Thankfully, the show isn’t going away entirely, with one official prequel and at least two other spinoffs in the works. A closer look at the GoT series finale also reveals plenty of potential fodder for new prequels and sequels, even if nothing’s been confirmed just yet.

So as you settle in to your post-Game of Thrones life, here’s a quick rundown of seven possible spinoff that might be coming based on hints in the series finale along with official word from HBO and a bit of our own wild speculation.

There’s a scene in the Game of Thrones finale where Jon Snow asks Tyrion Lannister if they did the right thing and Tyrion responds: “Ask me again in ten years.” Now sure, that might just be a throwaway line, but it might also be the show’s writers planting the seeds for a possible sequel.

Not only does the idea of a series that picks up 10 years later sound incredible, but it would give everyone involved a chance to take a break from Game of Thrones. A decade from now, hopefully, the cast members who survived Season 8 will be willing to reunite for another season. And who knows, maybe one dead character could even show up as well.

If there’s one sequel the Game of Thrones finale undeniably sets up, it’s Arya Stark’s adventures in the unknown territory West of Westeros. Arya didn’t make much use of her super assassin skills in Season 8, and a new show set in an uncharted land would be the perfect opportunity to really let her character go full throttle.

It might not be as exciting as an Arya sequel, but the GoT finale also set up a possible future plotline for everyone’s favorite Unsullied. After transforming into Dany’s evil henchman at the end of Season 8, Grey Worm eventually takes all his fellow Unsullied and sets off for Naath, the peaceful southern island that Missandei once called home.

It’s a bittersweet sendoff for the fan-favorite character, but it might just be the seeds of a sequel that could finally shed some light on an overlooked corner of the Game of Thrones map.

Read More: Here’s What We Know About the Isle of Naath

Let’s be real, the best characters on Game of Thrones were always the dragons, and with just one remaining, Drogon is the obvious pick for a spinoff sequel. After picking up his dead mom and flying East, we don’t really know what happened to Drogon. He could decide to land pretty much anywhere in Essos, sparking new adventures for whatever unfortunate people happen to be living in the area where this dangerous dragon winds up.

Read More: Game of Thrones’ Finale Could Inspire a Drogon Spinoff in Valyria

3. The Adventures of Dunk and Egg (A Prequel Miniseries)

Game of Thrones creator George R.R. Martin previously said that of all his other stories in the GoT universe, Tales of Dunk and Egg is best-suited for adaptation. The prequel novellas tell the story of Ser Duncan the Tall, a knight who traveled with a young Aegon V Targaryen (future king of Westeros) as his squire as the two had various adventures. In short, it has miniseries written all over it.

The series finale may even hinted at it when Brienne (Dunk’s descendant) picks up “The Book of Brothers,” a tome recording the deeds of each knight that’s served in the Kingsguard. On her way to completing Jaime Lannister’s entry, she passes by the page devoted to Duncan the Tall, providing just enough of a hint at what might just be an upcoming prequel.

Read More: How Game of Thrones Teased a Dunk and Egg Prequel.

2. The Free North (Another Prequel)

Game of Thrones ends with a free North, marking the first time in generations that the Stark-controlled kingdom was independent from the rest of Westeros. The last time that happened was before the Targaryens arrived on the continent, but in referencing that moment in history during the series finale, GoT may have inadvertently teased a prequel that could explore the history of northern Westeros in greater detail.

Read More: Why the North May Get a ‘Game of Thrones’ Prequel Series of Its Own

1. The Actual Game of Thrones Prequel We’re Definitely Getting

Speculation aside, HBO’s already getting ready to shoot the pilot for a GoT prequel apparently called Bloodmoon. Set during the initial conflict between the Children of the Forest and the First Men to arrive in Westeros, the series stars Naomi Watts. It will presumably cover that ancient war, including the creation of the Night King.

Read More: Everything We Know About the Game of Thrones Prequel