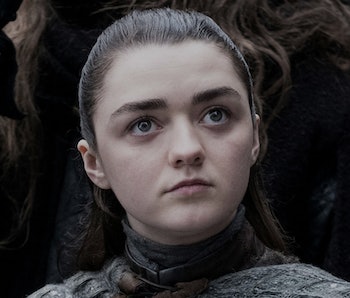 Game of Thrones aired its final episode Sunday night, but HBO is already planning at least three spinoff shows. We know one is a prequel, but the other two could pick up where Season 8, Episode 6 left off. On that note, the series finale may have dropped two major clues about where this story is headed next: Where is the Isle of Naath? What’s west of Westeros? And could either of these locations reveal what comes after the Game of Thrones finale? Here’s what you need to know.

Warning: Huge spoilers for the Game of Thrones series finale ahead.

Where Is the Isle of Naath on the Game of Thrones Map?

At the start of the Game of Thrones finale, Daenerys and her army of Unsullied and Dothraki control King’s Landing. After Jon Snow kills Dany, the Unsullied, led by Grey Worm, take control of the city and throw Jon in prison. Later, a council of Westeros leaders offer Grey Worm control of Highgarden and the Reach in exchange for Jon’s life, but he refuses. However, one of the final scenes shows the Unsullied preparing to leave King’s Landing on ships headed for the Isle of Naath.

If the Isle of Naath sounds familiar, that’s because it was Missandei’s original home. Earlier in Game of Thrones Season 8, she talked to Grey Worm about returning there after the fight against the Night King. We all know how that worked out, but it looks like that arc will get some closure post-finale.

It’s unclear exactly what Grey Worm plans to do in Naath. Located south of Essos, Naath is a peaceful island with a tropical climate and lots of butterflies. It was also the frequent target of raids from Essos slaves, so it’s possible the Unsullied could be headed there to protect Naath from future attacks. Maybe he even plans to use Naath as a base of operations to reclaim the cities of Slaver’s Bay and continue Daenery’s legacy from Game of Thrones’s earlier seasons.

Could this be the start of a Game of Thrones spinoff. Jacob Anderson (Grey Worm) definitely has a strong fanbase, and it would be exciting to see a new corner of this world explored. However, that also brings us to another important location named in the series finale…

Before Jon Snow parts ways with his siblings and rejoins the Night’s Watch, Arya tells him that she won’t be returning North at all. Instead, she’s heading west of Westeros. What’s west of Westeros? No one knows. That’s where all the maps end, but we may have a few ideas.

In the world of Game of Thrones, the water to the west is called the Sunset Sea, and it’s not the first time Arya’s wondered what lies beyond it. Back in Season 6, she asked Lady Crane (an actor in that Braavos theater troupe) the same question. Crane responded that nobody knew, but it might be the edge of the world, which seemed to pique Arya’s interest.

Since we know the earth of Game of Thrones is a round one, the whole edge of the world thing seems unlikely. However, there are two distinct possibilities. The first, more logical one is that Arya could find the GoT version of America. After all, Westeros is basically Britain and Essos is Eurasia. So it makes sense that Arya could wind up “discovering” a whole new continent.

More symbolically, this plotline bears a striking similarity to The Lord of the Rings ending where Frodo, Bilbo, Gandalf, Elrond, and Galadriel all leave Middle-earth for the Undying Lands (a sort of heavenly paradise for immortal beings). George R. R. Martin has long-said that he based his books on Lord of the Rings, so it’s possible that after outgrowing her own world, Arya is moving on to a higher plane of existence.

Either way, Arya Stark’s journey post-Game of Thrones finale seems like an obvious choice for a spinoff. As one of the most popular characters, it’s also a no-brainer — as long as Maisie Williams is willing to keep playing the role.