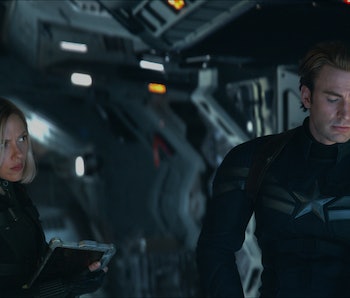 Fans who wanted to peek at the future of the Marvel Cinematic Universe didn’t get to do so at the end of Avengers: Endgame. True to the film’s title and Marvel’s overall approach to the movie, Avengers: Endgame really is the end of the Infinity Saga that started with 2008’s Iron Man, and that means a break from Marvel’s decade-old tradition: the post-credits scene.

This doesn’t mean there won’t be any more Marvel movies — after a $1 billion box office gross in a single weekend, who wouldn’t want to keep going? — but the franchise as fans have come to know it will not be the same.

On Tuesday, directors Anthony and Joe Russo told USA Today that the absence of a traditional post-credits scene, a staple of the Marvel films that often hints at what’s to come next, was the plan from the very beginning of the film’s production.

“It was never in the cards,” Joe Russo said “It was called Endgame for a reason. This is it. This is the ending. The book is closed on that chapter of the Marvel universe and a new book will get written.”

What the Russos did include instead of a scene was the sound of a hammer clanging metal. The sound is the same heard in the first Iron Man from 2008. Joe Russo says the sound pays homage to how the MCU began. “It’s really just an homage, sort of a little bookend,” said Joe. “It started it and it ends it.”

Added Anthony Russo, “This was the first Marvel movie we’ve done where we weren’t thinking about the future … There will be a future, of course, but it’s not our responsibility.”

There is indeed a future for Marvel. It just won’t have the inclusion of the Russos. Future Marvel movies include Spider-Man: Far From Home from director Jon Watts, which swings into theaters on July 5. A third Guardians of the Galaxy film will be directed by James Gunn (after a big hullaballoo) after Gunn’s commitments to The Suicide Squad for Warner Bros. is completed.

Also read: What Are Marvel’s Movies After Avengers: Endgame? Here’s 8 to Expect

As for sequels, Ryan Coogler and Scott Derrickson will return to direct continuations of the Black Panther and Doctor Strange franchises, respectively.

And all those films, in all likelihood, will have post-credits scenes attached to them. But Avengers: Endgame did not. For fans hoping to take a small rest from the MCU after Endgame, the lack of a post-credits scene means everyone can relax and watch the sun rise over a grateful universe before it starts up all over again.

Avengers: Endgame is in theaters now.