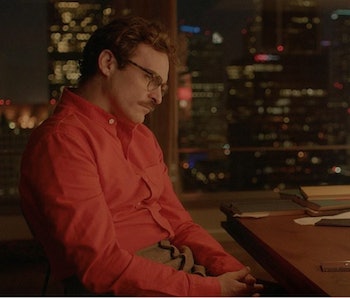 Two of the most cerebral science fiction movies in recent memory, namely Her and Ex Machina, join Netflix this August. So even though summer’s almost over, there’s still plenty of great science fiction on Netflix to get excited about. (The Good Place Season 2 also hits Netflix later in August, but does that count as sci-fi?)

July saw a welcome influx of Jurassic Park dinosaur movies and other delights, and August brings with it some great features, including the sleeper hit Extinction. Not to mention that Netflix also has some Disney-owned greats like Thor: Ragnarok and Star Wars: The Last Jedi. So there’s plenty of sci-fi for any type of audience here, be it young or more mature.

So the next time you’re hankering for a taste of tomorrow, here are the 11 best pieces of science fiction that Netflix has to offer right now, with a focus on the new, exciting, and original but more importantly, good recommendations.

Netflix’s habit of rescuing troubled Hollywood blockbusters may have finally paid off with Extinction, a star-studded sci-fi film with a mind-blowing ending. Michael Peña (Ant Man) plays the lead, a family man in the near future experiencing visions of an alien invasion that suddenly come true, alongside Lizzy Caplan (Masters of Sex, Party Down) and Mike Colter (Luke Cage). Extinction takes a little while to get going, but once the action starts you’ll be glad you stuck it out.

Rian Johnson’s Star Wars movie might be the most controversial ever in that it defies all your expectations while drawing the ire of many fanboys. Episode VIII picks up right where The Force Awakens left off, with Rey meeting Luke Skywalker and the remaining members of the Resistance on the run from the First Order.

If you had Luke-warm feelings about The Last Jedi on your first viewing, then it’s time to give it another show. Or, you know, just rewatch that badass fight scene in which Rey and Kylo Ren fight Snoke’s guards over and over again.

One of the best Marvel movies in recent memory is director Taika Waititi’s Thor: Ragnarok, which resembles something much closer to a fun-loving Guardians of the Galaxy movie on the cosmic scale than it does anything like the first two Thor movies. Waititi basically fixes Thor’s character in the MCU by infusing him with charm and a genuinely hilarious sense of humor. Along the way, he makes Thor’s world feel way more sci-fi than fantasy, which is great for the character.

Thor has to face an enemy more powerful than any he’s ever faced: his sister Hela, the goddess of death. The god of thunder loses his hammer, gets blasted half-way across the universe, and has to form his own small team of heroes to save his people. It’s just too bad that at least half of them wind up dying in Infinity War anyway.

If you haven’t seen this ‘90s animated classic just yet, then you need to immediately. Writer-director Brad Bird recently released his long-anticipated sequel to The Incredibles, but Iron Giant might be his best work.

After a young boy from Maine befriends a giant made of iron who crash-landed near his home, the two of them work together to avoid the government — which wants the giant as a weapon — and ultimately save the day in an inspirational story that understands the nature of Superman better than anything Zack Snyder has produced.

Arguably Duncan Jones’s best film, sci-fi thriller Moon is a bonafide modern classic from 2009 that sees a lonely astronaut mining the moon by himself. Over time, he realizes the startling truth about his mission that’s just too good to spoil here. Do yourself a favor and watch this one as soon as you can.

One of The CW’s best non-Arrowverse programs, The 100 is a veritable YA dystopian drama with a hard sci-fi premise. Following the nuclear apocalypse, a portion of humanity took to a series of connected space stations to survive the radiation. Almost a century later, supplies are diminishing, and a group of 100 delinquent children is sent down to test survivability on Earth’s surface. What they find is a planet with treacherous terrain, a few horrific monsters, and — against all odds — savage, surviving humans. The A-plot on the ground of Season 1 feels like Lord of the Flies, whereas the B-plot on the space station feels remarkably like Battlestar Galactica. While The 100 stumbles a bit by Seasons 3 and 4, it remains a solid option for contemporary sci-fi.

More like this
Science
Jan. 28, 2023
The best mystery thriller on Netflix ignores a basic fact about hydrogen energy
By Tara Yarlagadda
Science
1 hour ago
The Weirdest Sci-Fi Apocalypse on Netflix Reveals a Controversial Field of Medicine
By Tara Yarlagadda
Entertainment
Jan. 20, 2023
Jung_E has little brain power and even less soul
By Eric Francisco
LEARN SOMETHING NEW EVERY DAY.
Related Tags
Share: