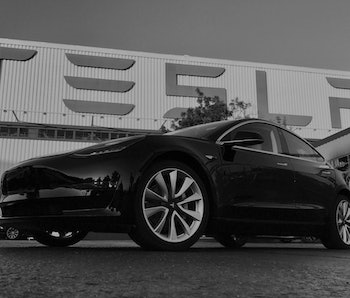 In a Thursday shareholders meeting Panasonic’s Executive VP, Yoshio Ito, explained that a “sharp improvement in production” has led to a noticeable scarcity of batteries.

This major uptick in manufacturing is all in the name of meeting Musk’s lofty goal of producing 5,000 Model 3 cars per week by the end of June. This ambitious effort drew some skepticism from analysts and investors, but Panasonic’s statements signal that Tesla might be well on its way towards hitting its target.

“I wouldn’t say the delay [Model 3 production] had no impact on our business, but we are in close communications with Tesla and working to steadily improve production,” said Ito.

Despite serious setbacks including automation issues and even alleged sabotage at its flagship Fremont factory, Tesla does not seem to be slowing down.

In a signal of confidence, the company recently announced it would be opening up pre-orders to people who finalized their Model 3 reservations and is also lowering prices of the Model 3s Performance and Dual-Motor All Wheel variants. This came only a week after Tesla erected a tent-enclosed assembly line to further bolster production numbers.

Approximately 400,000 people have placed a $1,000 reservation on a Model 3, but relatively few have been invited to complete their order. If Musk makes good on his promise, the company could prove to customers and investors that Tesla has what it takes to meet the astounding demand for its mass-market EV.

This is a crucial if Tesla wants to see a positive cash flow any time soon.