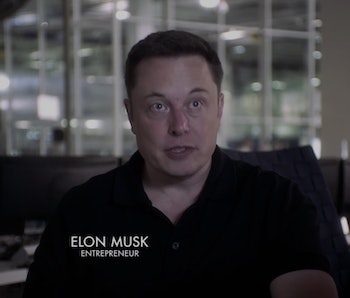 Rumors of Tesla’s cash flow issues are greatly exaggerated, according to its CEO. Elon Musk took to Twitter on Friday responding to a report that the electric car maker is heading for financial trouble. Questions about Tesla Model 3 production, which missed its target of 20,000 cars per month in December, have left analysts concerned.

Musk hit back at an April 5 report from The Economist, which cited analyst fears that the company will need to raise money this year. It pointed to credit rating agency Moody’s downgrade of Tesla’s debt, as well as bank Jeffries’ prediction that the company will need up to $3 billion this year. Musk responded that the publication “used to be boring, but smart with a wicked dry wit. Now it’s just boring (sigh). Tesla will be profitable & cash flow+ in Q3 & Q4, so obv no need to raise money.”

It comes just days after a report that Goldman Sachs has cut Tesla’s stock price target. Where Tesla predicts it will reach a production rate of 5,000 Model 3s per week by the end of next quarter, the bank sees 1,400 as a more likely figure, which it believes will push Tesla to raise additional capital to continue operations. Musk dared investors on Twitter to “place your bets.”

Tesla’s stock price has shown signs of a turnaround after a long decline. While the price dropped 16 percent over a five-week period, the market rallied last week to 14.5 percent and recorded its biggest gain in four years. This came after a quarterly production report on April 3 that showed the company made 7,341 more Model 3s than the previous quarter to reach a rate of 9,766, a growth Tesla claims is “the fastest growth of any automotive company in the modern era.”

Around 400,000 buyers have placed a $1,000 reservation for a Tesla Model 3. The company’s quarterly production report in three months’ time should shed light on how much longer they will have to wait to pay for the remainder of their car, which starts at $35,000 for the base model.

Elon Musk’s April Fool’s Day joke about Tesla being bankrupt may have made some of his 21.2 million followers laugh, but analysts aren’t laughing.

More like this
Innovation
19 hours ago
Want to buy an EV? Here’s what you need to know about the Inflation Reduction Act
By James Morton Turner and The Conversation
Innovation
19 hours ago
Electric vehicles could transform U.S. cities — but not for the reason you think
By Erica D. Walker and The Conversation
Innovation
8.9.2022 11:00 AM
This self-healing material could fix your dinged-up car in 30 minutes
By Molly Glick
Related Tags
Share: